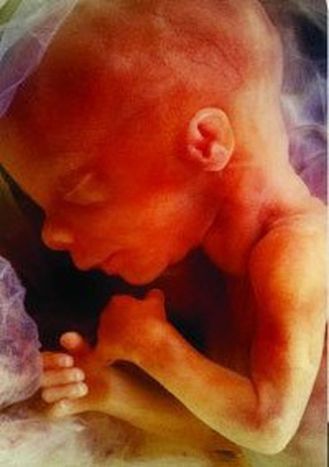 No Vatican, No Taliban

In the aftermath of a referendum ruined by abstention, a banned gay pride march and a concordat which deviates from national law, the question needs to be asked: is legislation drawn up in the Vatican and laid down in Europe?

Embryos and referenda are not getting along too well at the moment. After the French and Dutch No votes and the subsequent abortion of the embryonic European constitution, another referendum, this time involving real embryos, has changed the face of Europe forever.

The Vatican was declared the winner of the June 12-13 Italian referendum (promoted by the Italian Radical Party) on assisted reproduction. The Church got what it wanted: a measly turnout of 25.9% meant the referendum was declared void (a turnout of at least 50% was needed for the result to stand). It seems that millions of Italians took the Church's appeal to boycott the ballet box to heart; as Cardinal Camillo Ruini put it, "you don't vote on life".

But the Vatican's influence is not limited to Italy. Slovakia is about to sign an agreement with the Holy See which protects the "free and unrestricted" exercise of the freedom of conscience based on the teachings of the Catholic Church. In other words, a Catholic doctor or social worker will have the right not to comply with Slovak legislation, for example regarding contraception and abortion, which goes against the Church's doctrine.

Meanwhile in Poland, it is the homosexual community which is paying the price for the distrust of a country which owes a lot of its identity to Catholicism. In 2005, organising a gay pride march meant defying a ban on ad hoc demonstrations and a verbal lynching by "fundamental heterosexuals".

As a result of the recent election of the conservative Cardinal Ratzinger as Pope Benedict XVI and his campaign against the ideology of "relativism", Europe is becoming an area of strategic interest for the Church once more. The increasingly vocal aim of the Vatican's hierarchy is to question the classical meaning of secularism and the process of secularisation which changed the face of Europe in the 1960s.

But a Europe with millions of Muslim inhabitants has no interest in fuelling an identity-based discussion which debases the authentic, spiritual meaning of religion and leads straight to that slippery slope of a "clash of civilisations".

There are two possible responses to the Vatican's strategy of centring today's faceless Europe on the power of Christian values. We could react as they do in Iran, where the clergy is strong enough to suffocate every embryo of progress and political change; or we could react as they do in Israel where, despite the fundamental importance of religion, the supremacy of politics and democracy is managing to drive out the settlers from Gaza.

For vulnerable groups especially, you're better off living in Tel Aviv than Rome or Teheran.

Translated from No Vatican No Taleban