Can European development policy help to heal the world? Torn as it is between conflicting interests, in practice a lot remains to be desired of Europe’s philanthropic ambitions. 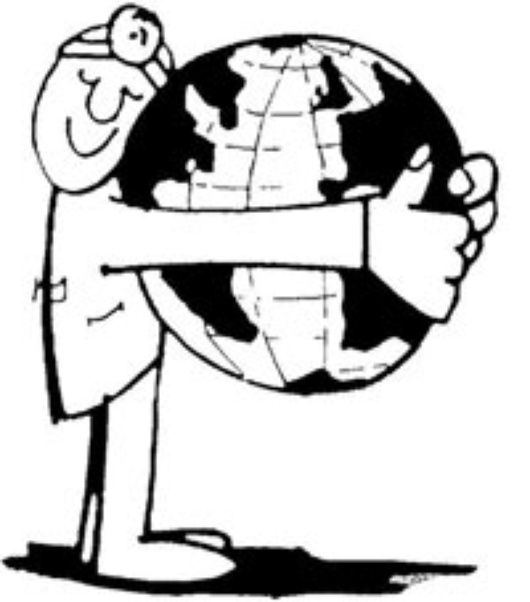 The patient is ill and badly in need of treatment. A full recovery is barely conceivable yet the doctors are unanimous that a full recovery must be their goal. How this will be achieved is a matter steeped in dispute and the doctors’ integrity is the focus of some justifiable speculation.

Since the UN conference in Rio 1992, the world community has agreed that the planet is in a bad way and that only unified efforts will be able to alleviate the grave social and environmental issues that face us. At the Millenium summit of the United Nations in 2000, the General Assembly formulated its global development goals, the most well-known of which was the aim of halving extreme poverty by 2015. And yet since then nothing has been done.

“The fight against poverty is at the centre of the EU’s development work”, asserted the Development Commissioner Paul Nielson in an address to the European Parliament on 26 February 2002. In reality, according to the Organisation for Economic Co-operation and Development (OECD) figures, the share of EU aid going to the world’s poor and poorest countries fell from 70% in 1990 to a mere 41% in 2000 - the lowest it has been in its history. If ten years ago the main recipients were countries like Cameroon, India or Ethiopia, now it is Bosnia, Kosovo, Morocco and Egypt in the pole positions. It may well be in the EU’s interests to have stability in its neighbouring states, but this use of the development budget has little to do with fighting poverty, not least when the money is generally spent on financing investment and not on securing the basic needs of the population. On top of this, the EU took it upon itself at the 1995 World Social Summit in Copenhagen to earmark a fifth of its development aid for basic social services. Those were empty promises. Only 4% of the development budget in 2000 was spent on basic education and 2% on health services. As for the target established within the UN framework way back in 1970 of dedicating 0.7% of GDP for development aid, the EU states are miles off the mark with their average budget allowance of 0.33%.

Besides the on-going lack of political will, the main reason for the gulf between past claims and reality is the EU’s incoherent policy-making. The development budget is split up into the budget for EU foreign aid (which includes funds for cooperation with industrial nations) and the European Development Fund (EDF), which is exclusively intended for the Africa, Caribbean and Pacific, (ACP) countries specified in the Cotonou Agreement. The divided nature of the budget is to blame for confusion and contradictions, and even caused the Development Commissioner-designate Louis Michel to admit to the European Parliament that the situation is “not ideal”. Personal rivalry between Michel and the External Affairs Commissioner-designate, Ferrero-Waldner, threatens to further endanger any chance of agreement between the two camps. All this is exacerbated by the poverty reduction policies of the Commissioner for trade. Since the failure of World Trade Organisation (WTO) talks at Cancun, the EU has been trying to push through market liberalisation of developing countries by way of bilateral economic partnership agreements, which are vehemently criticised by Non-Governmental Organisations (NGOs) as a hindrance to development. These contradictions in EU policy, not to mention its member states, are standing in the way of the effective cooperation desperately needed to reduce poverty.

The prospects for the future aren’t very promising either. Since enlargement, this fragmentation has only increased. The new member states are out to impress their voters and would rather do the Good Samaritan bit themselves than let Brussels have all the glory. To make matters worse, the independent council of EU development ministers was disbanded in 2002 and integrated into a new council entitled “General Affairs and External Relations”, which does not make coordinating development activity any easier. The global agenda of fighting terrorism has again made development aid an instrument of foreign politics, as it was during the Cold War, to punish rogue states and reward “good governance”. Economic interests and the doctrine of market liberalisation are continually threatening to eclipse development efforts. The European countries have for centuries reaped the world’s riches in their uninhibited pursuit of their own interests. The very first step towards healing some of the planet’s wounds, even before we embark on a long-term course of treatment, could lie in the words of Hippocrates, “Do no harm”.