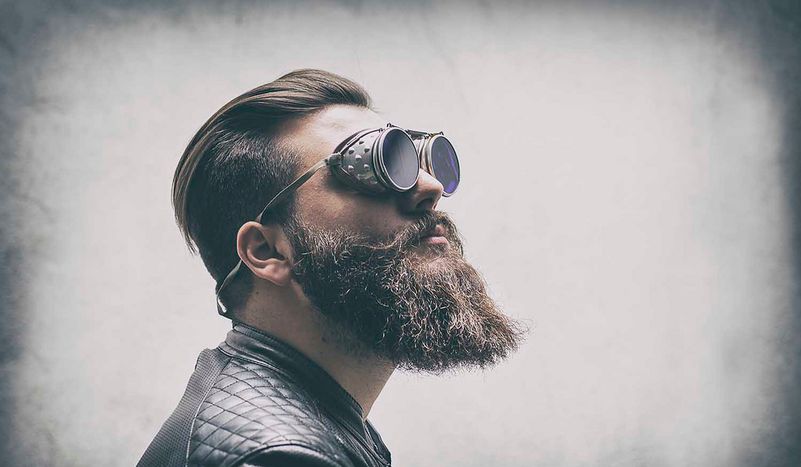 No Muslim Hipsters? Growing a beard in the Netherlands

What happens when a regular guy grows a beard? Out of curiosity, from January to June 2015, I grew a beard and went about my daily life as an academic in the Netherlands, who travels abroad a lot for research and conferences. The results of this little "experiment" were surprising, though not necessarily for the reasons I expected.

I began growing my beard initially out of laziness: I ran out of expensive razors and thought, why not? Before I knew it, I had passed the point of being able to shave with a razor, and the damned thing didn't stop there. When I began noticing that I was being treated differently – all other things being equal – I started taking notes.

Like Eddie Murphy’s 1984 performance on Saturday Night Live, when he went undercover using makeup to see what it is like to be white, or German investigative journalist Günter Wallraff’s famous book The Lowest of the Low (‘Ganz unten’) – in which he posed as a Turkish manual labourer in order to expose the underlying racism of the German labour market – this particular brand of undercover journalism proved necessary for a bitterly serious purpose.

I was aware of these precedents when I began my beard growing experiment. My experiences varied significantly across different countries. In the United Kingdom, I was seen as just another Muslim among many who live in that society – nobody particularly took notice of my beard. Airport personnel waved me through a dozen times, and a friendly Gujarati-British taxi driver in Leicester complained to me about how young kids turned to outward extremism instead of "having Islam in the heart".

The same was true in the United States: whether in restaurants, airports or on university campuses – nobody really cared about the beard. The indifference was refreshing, and indeed liberating.

Things were somewhat different in the Middle East, where beards are badges of piousness and wisdom, and can betray a few things about your political loyalties – in particular political Islam. So I was awaiting an interesting experience when I flew to Istanbul in the spring to attend an academic conference. Walking through the streets of the city, I enjoyed glances of awe and respect. But the spectre of foreign jihadists in Syria loomed large.

As I strolled by, two boys whispered to each other: "Look at that guy, I wouldn’t want to mess with him." There was a darker side too. "Be careful," one friend advised me, "Many Turkish Kurds have lost loved ones in Kobanê, they might associate you with ISIS. We wouldn’t want you to walk into a knife somewhere."

According to a recent study, the Netherlands is one of the most secular societies in Europe. Since the 1960s, immigration from Turkey and Morocco (especially from conservative regions) has coincided with a clear trend in secularization of Dutch society.

In the recent decade, the populist-nationalist Freedom Party gained power, and its chairman Geert Wilders regularly speaks of "hate-beards" (haatbaard) when indicating Muslims with an anti-western ideology. This kind of assertion circulates beyond his direct audience, and I may have indirectly experienced this. No longer did people smile back at me when I smiled at them; with a beard attached to that same smile, their usual expressions now displayed ambivalence.

I began noticing how, in my daily commute, nobody would sit next to me, even during rush hours. A subtle but unmistakable acknowledgement of "Otherness" crept in, and spontaneity and small talk disappeared. Indeed, a close friend poignantly remarked that acquaintances and strangers both treated me differently because of my new facial hair.

"Gosh, that’s a creepy beard!" was the first thing a colleague blurted out when I walked into the institute where I work. Another asked whether the beard had any meaning, "because you’re not a real Dutchman, are you?"

When I taught a group of 80 plus undergraduate students at my university, they persistently questioned me about the beard. “Are you a Muslim?” one girl bluntly asked me during a social gathering. Another student awkwardly shuffled into my office, specifically to ask what my beard meant, and was visibly relieved when I told him the story.

The margins of tolerance

After a few months of fairly negative and inappropriate feedback, the beard changed my behavior. It developed a mild form of what the African-American scholar and civil rights activist W.E.B Du Bois called double consciousness: “A sense of always looking at one’s self through the eyes of others.” Du Bois was explaining how African Americans were permanently aware of the ways in which white Americans perceived them, and had to consequently adapt their behaviour.

In an interview with the Dutch newspaper Het Parool, a Moroccan-Dutch man provided a good example of this phenomenon. He explained how he had internalised such feelings to continuously “show people that I’m OK”. His life was a continuous struggle to adapt to widespread prejudices and discrimination against Moroccan-Dutch people. He felt he always had to pre-empt possible racism by being exceedingly appropriate and kind.

I certainly did not experience this as intensely, but an unmistakable sense of self-conscious "Otherness" did creep in. The beard had made me appear on the surface to be an observant Muslim (with all the attached prejudice) in the minds of many Dutch people, which relegated me to the margins of tolerance.

I live in an Amsterdam neighborhood with a high density of hipsters. I like them: since they gentrified the area over the last few years, the atmosphere is more cosmopolitan and dynamic, and the coffee is better. Every day, I see men of my age cycle by with beards very similar to mine. However, the notion of the Muslim hipster has apparently not yet settled in the public imagination – or in any case, not when it comes to beard equality.

Uğur Ümit Üngör is a historian and sociologist and lives in Amsterdam.