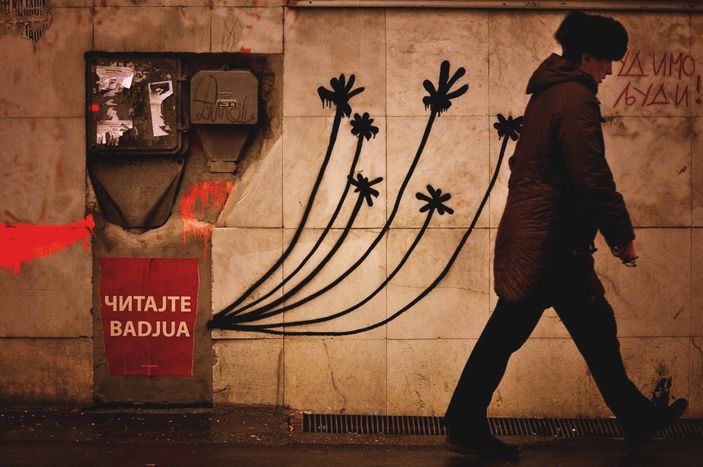 Over two years since the 'world's smallest country' declared independence from Serbia, the international court of justice in The Hague pronounced the action 'legitimate' on 22 July. The Swiss, Slovenian, Swedish, Czech and Spanish press – the latter is one of five EU states not to recognise Kosovo - on other separatist movements and Serbia in the EU

'What about Serbian part of Bosnia?' - El País, Spain

The advisory opinion on Kosovo handed down in The Hague could strengthen separatist movements in other regions, writes the left-liberal daily: 'Even if the opinion of the highest UN court isn't binding it will have important consequences. These hold above all for Serbia, which asked the tribunal to examine the legality of the secession, as well as for Kosovo, for whom the path to the UN and recognition by other states now stands open. But the court's decision will presumably also bolster independence movements in other unstable regions, including the Serbian half of ethnically divided Bosnia in the former Yugoslavia'

Read the full article 'Espaldarazo a Kosovo' on El País

The Kosovo ruling by the international court of justice (ICJ) does not give carte blanche for other autonomy movements in the world, writes the daily: 'The report is surprising in its clarity but not unexpected. Unlike Serbia the UN judges are not closing their eyes to reality in Kosovo. They remember that the founding of the state took place only after tough negotiations under UN mediation. The Kosovo Albanians' move was by no means unilateral. It was the result of brutal Serb repression policy in the 1990s which led to Nato intervention. The judges therefore consider the case of Kosovo unique. This is why the ICJ has not commented on the question of whether the Albanians have the right to secession. It wants to prevent other autonomy movements from using Kosovo as a model. Belgrade should take this defeat as an opportunity to forget its stance towards Kosovo. This would also be in the interest of the Serb minority [in Kosovo]' (Enver Robelli)

The Hague's decision is not a defeat but a reality check for Serbia, writes the daily: 'Picking over each sentence and comma of the lengthy report giving the reasons for the decision will no doubt take months, as will the hunt for any morsels that could justify the Serb side's position, if only for reasons of domestic politics. But it will be nothing but a waste of time and money. Kosovo will never be Serbian, neither in the form of 'more autonomy and less state' nor in the form of a Hong Kong model. The problem originates in political waters. Because there is no longer any chance that the united nations general assembly or the UN security council will make some kind of declaration that changes Kosovo's status, Belgrade no longer has any leeway for its goal of dismantling the state of Kosovo. All it can do is realign its relations with the country. The sooner Belgrade recognises this, the better' (Zoran Senkovic)

The decision taken in The Hague has set off a wave of disappointment in Serbia. The tabloid writes that Serbia's joining the EU could settle the conflict with Kosovo: 'Belgrade believes that Kosovo is not and never will be an independent state. Nevertheless the government has evoked the prospect of independence on the condition that the border be drawn near Mitrovica in the north - which in practice amounts to a division of Kosovo. Such a development would only lead to calls for more ethnic division and further borders, not least in  the Serbian enclave Republika Srpska in Bosnia. That is no solution. Hope must now be placed in Serbia's wish to join the EU. This may seem difficult to imagine at present, but it is the only way to get the country to the negotiating table. It holds out the prospect not only of a possible solution to the Kosovo problem but also of lasting peace in the entire Baltic region'

The decision of the international court of justice in The Hague on the legality of Kosovo's independence gives Serbia a chance to put the past behind it, writes the business paper: 'Even if they officially maintain the opposite, Serbian politicians have been saying under their breath for years now that Kosovo is lost to Belgrade. The Serbians want to join the EU, and that should considerably temper their reaction to the judgement from The Hague. The Serbs have become a lot more pragmatic since the end of Milošević nationalism. Even right after the declaration of independence the majority was saying that Kosovo was far less interesting than the economic situation of one's own family and country. As of yesterday Serbian politicians now have an alibi: we did what we could. The judgement in The Hague must not be interpreted as a defeat for Belgrade, but as a chance to close one chapter and open another, more optimistic one' (Martin Ehl)

*Sixty-nine countries have recognised Kosovo since its independence in February 2008, including the US and all EU member states excluding Spain, Cyprus, Greece, Romania and Slovakia