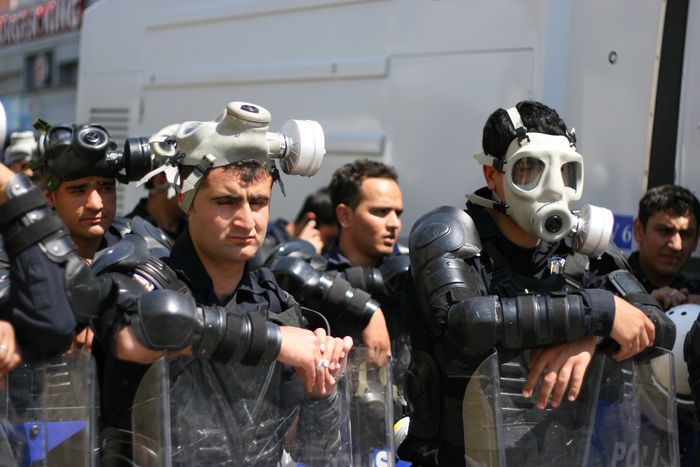 No holds barred ahead of the Turkish elections

Turkey's government made the news once again in other countries after blocking social media, following the death of a state prosecutor.

It revealed the fracture between the two sides of Turkish society which seem more and more irreconcilable as the general election draw nearer.

On March 31st, two men presenting themselves as lawyers entered a courtroom in Istanbul and took hostage of prosecutor Mehmet Selim Kiraz, who was in charge of the inquiry into the death of a 15-year-old Kurdish boy called Berkin Elvan, a victim of a police grenade during the Gezi protests. Much li death of the adolescent, this hostage situation ended with the loss of life.

Though it isn't known whether the prosecutor was killed before or during the police operation that was meant to free him, each party drew its own conclusions. In that same week, an activist for DHCK - the small leftist revolutionary group which the two hostage-takers belonged to - was killed by police, while she was approaching the central police station in Istanbul, armed. 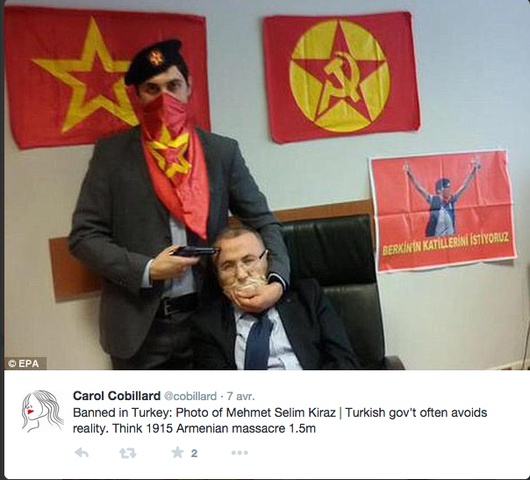 It's the publication of the photographs of the prosecutor, held at gunpoint by his captors, that brought on the closure of many opposition newspapers and social media by court orders.  The argument of the court (though it could have been the other way around) was taken over by the president Recep Tayyip Erdoğan and the pro-government media, with Erdoğan accusing the opposition media of being "tools of terrorist propaganda."

This tragic event and its exploitation occurred ahead of the upcoming general election on June 7th, in which Erdoğan's AKP hopes to gain an absolute majority, or even two-thirds of the 550 seats up for grabs. This would allow him to change the constituion, and carve out a presidential regime for himself. Drawing a link between the leftist opposition and terrorism has been a godsend for a president who feels seriously threatened for the very first time.

However, there is a rising threat that could foil the plans of the neo-Sultan - a small political party called the HDP, which was born from a Kurdish political movement. It the first "real" leftist party (in the European sense of the term) that could enter Parliament.

Its new face, Selahattin Demirtaş, has managed the feat of expanding his cause past the Kurdish vote to all the other leftist activists who aren't part of the main opposition, the CHP. Targeting the student protester youth and the defenders of all minorities (including Kurds, LGBT, Armenians and Assyrians), it now has candidates throughout the entire country.

According to polling projections and workings of the voting system, if the HDP reaches the tipping point of a 10% vote, then Erdoğan's AKP won't be able to count on an absolute majority in Parliament, and much less the two-thirds that would permit them to alter the constitution. 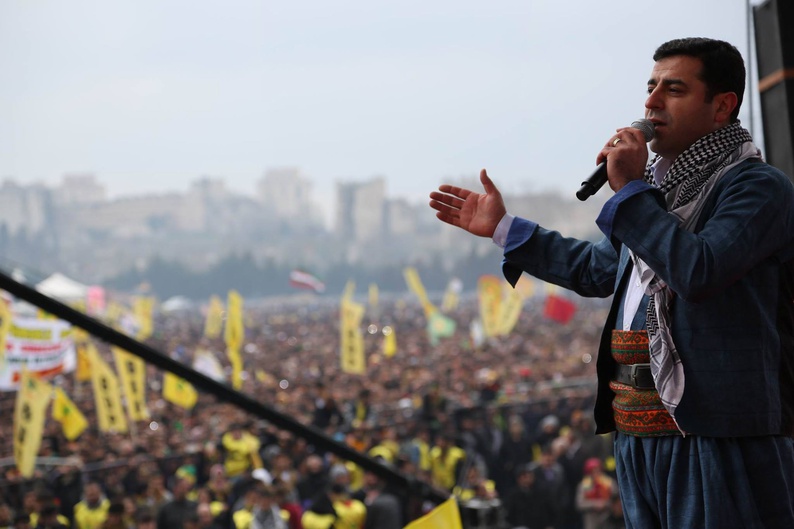 This menace seems to have already claimed its first victims. On April 11th, at least 5 PKK activists -- and, according to the HDP, a civilian -- were killed by the Turkish army, who accused them of opening fire. And this happened while the PKK, the Kurdish separatist armed group, seemed to rally behind the call of one of its founding members, Abdullah Öcalan,  to lay down its arms.

The country and its media are more divided than ever: Erdoğan accuses the HDP of "trying to gain votes with weapons" while the opposition media and the HDP call it a plot, planned just in time for the elections. HDP activists who arrived at the scene following the incident reported finding wounded Turkish soldiers begging to be saved, when they would have otherwise been intentionally left there for dead by the army.

Though the CHP, the main opposition party, sent out a representative to clarify the situation, by request of the HDP, it's clear a war of information seems to be beginning as the elections draw closer. This speaks volumes about how discredited the authorities and the mainstream media have become, and reflects the degree of violence that the electoral campaign could entail.