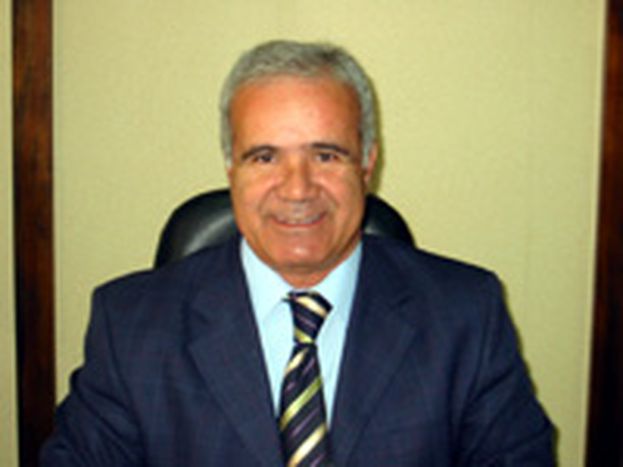 Yalcin Vehit, head of the Turkish Cypriot representation to the EU, speaks to cafebabel.com about the problems in Cyprus, and its position in the EU.

Since the coup d’état in 1974, which intended to unite Cyprus and Greece, the small Mediterranean island is the only European country which is still divided. In the south, the Republic of Cyprus and the Cypriot Greek community, which has sovereignty over the whole island and is recognised by the international community, and in the north, the Turkish Republic of Northern Cyprus, a self proclaimed state since 1983. Between the two, the UN buffer zone, which stretches for 180 kilometres and is manned by 1,200 UN peace-keepers under the United Nations Force in Cyprus (UNFICYP). A difficult situation for the UN and the EU, as the last attempt at negotiations between the two parties ended in failure in 2004, with the Annan peace plan.

What do Turkish-Cypriots demand from the international community?

First of all, let me point out that Turkish Cypriots are constitutional partners of the Republic of Cyprus. Turkish Cypriots demand a bi-communal, bizonal federation solution, based on equal representation. We demand a solution based on two international treaties, the Kyprianou-Denktash agreement, and the UN plan. Turkish-Cypriots, along with the international community, gave overwhelming support to the Annan Plan, which sought to unify the island. However, that plan was rejected by Greek Cypriots in a referendum held in April 2004. Turkish Cypriots would like the international community to respect their vote (64.91% voted 'yes' to the peace plan) and lift the de facto embargoes which have been in place in Northern Cyprus for the last ten years.

Where are you not willing to compromise regarding a settlement plan?

There will be no compromise on political equality. Turkish Cypriots should not be seen as a minority in Cyprus. We are founding members and partners of the Cypriot state, as stipulated in the Foundation Agreements of the Republic of Cyprus, signed in 1960, and have the right for self-governance. Greek Cypriot representatives cannot represent us, be it at a national or European level. According to the Cypriot Constitution, each community chooses its own representatives, yet Greek Cypriots claim to be the sole representatives of Cyprus, and hold all government positions, which is problematic. There are, for example, no Turkish Cypriots in the delegation of the European Parliament, which is seen as discrimination.

Is there any hope of reaching a solution?

International politics changes every day. The Turkish Cypriot government will continue its efforts to reach a permanent solution.

With no solution, would Turkish Cypriots become an annex of Turkey?

Absolutely not. We have no plans to do this. Turkish Cypriots are the equal partners in the Republic of Cyprus. We want to find a solution as soon as possible. The President of the Turkish Republic of Northern Cyprus, Mr Talat, has mentioned our position at the EU and the UN. The division will become more permanent, the longer we continue without a solution.

The issue of property is still a hot topic in Cyprus. Many Greek Cypriot properties were abandoned in the North after 1974.

Thank you for bringing up the property issue. The Turkish Cypriot Parliament is discussing a new law, which will be voted in, I expect, in the coming months. According to this law, vacant Greek Cypriot properties, now owned by the Turkish Cypriot state, will be returned to former owners. Cases pertaining to non-vacant Greek Cypriot properties will be transferred to an arbitration court in Northern Cyprus. The irony is that although we have made efforts to settle this problem, Greek Cypriots have made unilateral changes to the law and have expressed that all the Turkish Cypriot properties in the south will only be returned once a solution has been found. Property issues are not new in Cyprus. This problem has been around since the Greek Cypriot nationalist organisation EOKA [Ethniki Organosis Kyprion Agoniston, National Organization of Freedom Fighters] started its attacks in 1958, with the aim of being annexed to Greece.

The EU has requested that Turkey fulfil its obligations within the Customs Union Agreement and extend the agreement to the Greek Cypriots. What is your government's position on this issue?

How about demilitarisation on the island, as requested by the Greek Cypriots?

According to the Annan Plan, the number of Turkish troops remaining on the island will be cut from 30,000 to 650, and Turkish Cypriots have overwhelmingly supported the plan. There are also thousands of Greek soldiers stationed in Southern Cyprus. When it comes to this issue, I believe Turkish Cypriots are ahead of Greek-Cypriots. As you know, Turkey, Greece and the United Kingdom are the guarantor states in Cyprus, as stipulated in the Foundation Agreements on Cyprus. Following the EOKA attacks on Turkish Cypriots, and the coup d'état that toppled the Cypriot government, it was Turkey's right to intervene amidst the chaos to protect Turkish Cypriots. Turkish soldiers are stationed in Cyprus according to the rights and bylaws granted by International and Foundation Agreements of the Republic of Cyprus. We do not want a return to pre-1974, and given the demography of Cyprus, it is obvious why Turkish Cypriots want Turkey to remain as a guarantor.