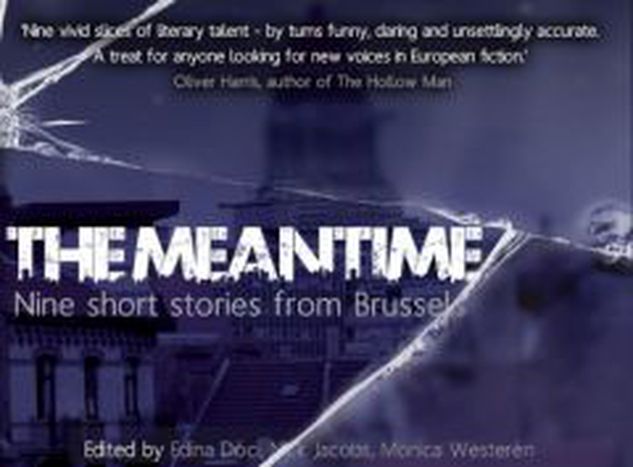 By Olivier Gbezera "The Meantime: Nine Short Stories from Brussels" is a unique project bringing together nine diverse voices to tell the story of what it is to be young in Brussels. They arrive on high-speed trains and budget flights. They travel light. They pass through security scanners and station forecourts, flat-share websites and admin offices.

They come for work or love or direction; they leave for the same reasons. The city embraces them, but its arms are cast so wide that they cannot feel its pull. They must choose, over and over again.

So begins The Meantime, a collection of short stories set in Brussels. It takes readers on nine vivid journeys through a city and a stage of life where nothing is permanent – except transition.

The nine authors, a mix of published and unpublished locals and expats, each bring their own particular point of view, experience and style to the collection, making it a unique opportunity to (re)discover the city. The project emerged from a weekly session of the Brussels writing group where the nine authors met.

"We realised that what makes Brussels unique is how hard it is to define the city, and to define yourself within it" said Edina Dóci, Nick Jacobs and Monica Westerén, the editors of The Meantime. "Even after years here, Brussels can remain an enigma. People's experience of it is so diverse that it's like they're talking about a whole set of different cities."

"We wanted the collection to fit together as one, but without losing the sense of difference and diversity that characterizes Brussels. So the thread that links the stories is a sort of unity in this difference – everyone feels external to the core of Brussels, but no one knows what the core really is. And there is no single truth about Brussels that emerges at the end of The Meantime. It is a city that can only be understood as the sum of its parts, and whose story can only be told through multiple voices."

Many of the protagonists, like the authors, are expats, but being foreign in Brussels is not the main theme. In each story the protaganists are faced with fundamental choices – to take or leave an opportunity, a job, a relationship, the city. While they are all within the 25-35 age bracket that many associate with freedom and opportunity, they all are aware of the importance of their choices and of their consequences. It is this apparent paradox that the writers decided to tackle.

Being an expat, and feeling foreign to the surroundings, is sometimes present in the choices and conflicts the characters are facing – if a relationship is breaking down then the consequence is that someone, or both, may go home and leave forever; if a job or career path is going astray, then the question lurking behind it is "what am I doing here anyway". So this awareness of being abroad and being temporary is sometimes a factor that crystallizes other choices, but it is those other choices that take centre-stage.

The Meantime is available on Amazon (order and Kindle) as well as in various bookshops in and around Brussels (Waterstones, Passa Porta, Sterling Books, Cook and Book...). A presentation of the book will take place on October 25th at Waterstones at 6.30 PM.