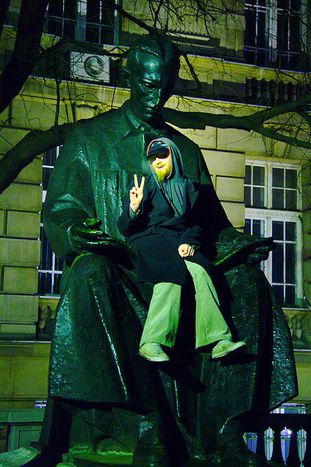 His dream was free electricity for the world with no cables involved. David Bowie has incarnated him in Hollywood and Serbia's biggest airport is named after him. Why is it that we have barely heard of this scientist in western Europe?

Born in Smiljan in 1856 (then in Austria, now in Croatia), Nikola Tesla went to university in Graz and Prague, before working between Budapest, Maribor, Paris and Strasbourg. The engineer and inventor was an early 'babelian'. At least until he emigrated to America. He invented alternating current (AC) and is regarded as the pioneer of wireless technology. When we press the start button on our washing machine we are using his idea. Tesla can be found in our hairdryer, our blender and wherever the principle of his induction motor is used, which made it possible to convert alternating current to mechanical energy for the first time, to name but one of his inventions. Only hardly anyone knows that.

On Tesla’s trail in Belgrade

We land at Belgrade’s Nikola Tesla airport, the largest in Serbia. As we exchange currency, the 100 Serbian dinar (97p) note catches our eye. Tesla’s image is depicted on it next to some wording. Not only Belgrade's airport was named after him, but also the unit for magnetic flux density. Besides that, there is the Tesla roadster, various statues, memorial plaques, streets and museums. One is in Croatia, one in Austria and the largest is in Belgrade. The address 51 Krunska is where Tesla can be found. His worldly goods are there in the Nikola Tesla Museum, archived and certified as being of particular value. The Tesla archive has been listed as a Unesco world heritage site since 2003.  ‘Tesla was outstanding,’ says Vladimir Jelenković, the museum’s director. ‘He was not eccentric, but focussed on his inventions.’ Tesla himself stated that he used to sleep for about four hours a night. He would spend the rest of his time in his laboratory, working and thinking about new inventions. His legacy is huge: he applied for 300 patents in twenty-six countries during his lifetime.

Tesla emigrated to the USA in 1884 and worked for Thomas Alva Edison for a year, until the battle for electricity began – the battle between Thomas Edison’s direct current (DC) and Tesla’s alternating current - which caused the two of them to fall out. Tesla started his own business and later worked for Westinghouse Electric Co. in Pittsburgh, Edison's biggest rival. Tesla's great triumph came in 1893 at the World Columbian Exposition and Fair in Chicago: ‘Tesla's alternating current was used for the lighting at the exhibition,’ Jelenković tells us in his office on the first floor of the museum. Edison did not get a look-in. 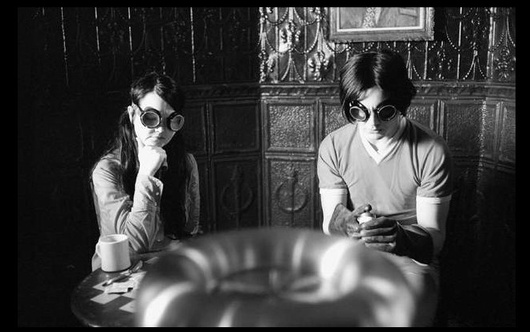 Meanwhile, on the ground floor visitors are being electrified: they are standing in a semi-circle around a Tesla coil, holding a fluorescent tube in their hands. A sonorous humming noise pervades the room and there are already little sparks crackling at the top between the end of the coil and the sphere hanging above it. In the next moment the tubes start to light up. What looks like a magic trick is just one example from Tesla’s wealth of inventions: a resonant transformer with which high-frequency AC voltage can be produced. ‘We want to enable visitors to have an interactive experience,’ says Jelenković. ‘That’s our aim.’ Incidentally, this very coil is a secret film star: in the laboratory arsenal for the film Frankenstein (1931) there is a Tesla coil emitting sparks which is thought to have been built by Nikola Tesla himself. Jim Jarmusch’s Coffee and Cigarettes (2003) has an episode of its own around the Tesla coil and its inventor, starring Jack and Meg White from now-defunct band The White Stripes. In the mystery thriller The Prestige three years later, it makes an appearance in the battle for electricity between Tesla (played by David Bowie) and Edison.

Why did Edison become famous and why is Tesla – with the exception of a few countries such as Serbia, Croatia and Austria – far less well known? 'Perhaps Edison is more famous because he is an example of the American dream,' says Jelenković. 'If you earn a lot of money, that normally also means that you become more famous.’ He added that Tesla never cared about money. ‘Everything he did was done for mankind.’ In the end he received an offer from Westinghouse to sell his electricity for one dollar per unit of ‘horsepower’. ‘If he had accepted that offer at the time, then nowadays we’d be talking about him in terms of Bill Gates,’ says Jelenković. ‘He would have become the world’s richest man.’

‘He would have become the world’s richest man’

What is also remarkable is the fact that – despite all the differences which still exist – Tesla unites the Serbs and the Croats. ‘There is a quotation that is often cited in part,’ Jelenković tells us. Tesla had replied to a congratulatory telegram sent for his eightieth birthday by saying that he was proud of his Serbian roots and of his Croatian homeland. ‘There is also a second sentence,’ says Jelenković. That second sentence is ‘Long live the Yugoslavs’. ‘But that second sentence is never quoted.’ In Serbia at any rate Tesla is the undisputed national hero. 21% of the participants in a survey responded that Nikola Tesla was the most important person in world history. A few years after the World Fair in Chicago, Tesla was dreaming about wireless energy transmission, but he failed to make it a reality. He died on 7 January 1943 in the New Yorker hotel in New York, where he had lived for a decade, leaving a pile of debts. After all, he had never cared about money.