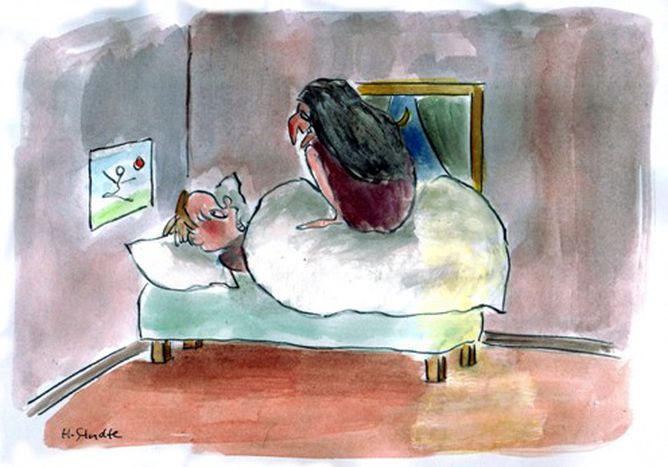 Sometimes our little European children have nightmares. What they do not know is that the ghost disturbing them during their sleep is an evil Nordic woman called "Mara" or "Mare". This is why a Swedish child has a "mardröm"

(a dream of Mare), and an English child has a "nightmare" (a night of Mare). In Poland, children need their parents to help them fall back asleep after a "koszmar". In the French "cauchemar", the prefix "cauche" comes from an Old French verb "caucher" meaning "to press". Likewise, the Spanish "pesadilla" precisely evokes the notion of the weight ("pesa")

of the ghost sitting on the sleeper. The Italians, however, have their own nocturnal creature, a kind of evil spirit inherited from the Roman era called "Incubus"; and so it is logical that they do not have a nightmare