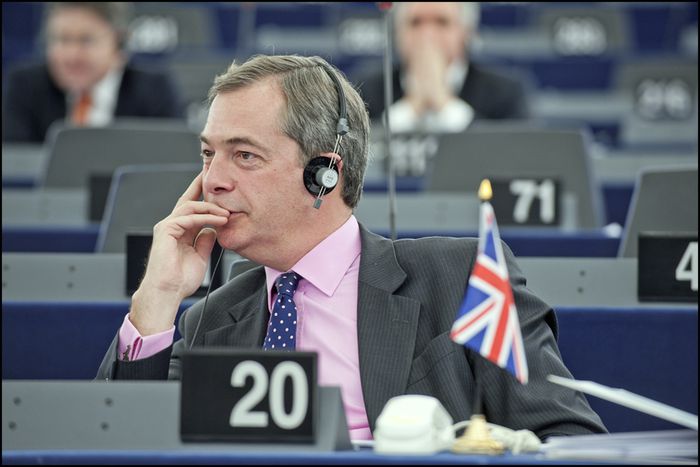 Nigel Farage: Coming out of the European closet?

In an unlikely turn of events, eurosceptic Nigel Farage has proclaimed his love for all things European in a clip promoting the Ryder Cup. Is he coming out of the European closet?

"I love Europe." Europeans would be surprised to learn that this phrase was uttered by Nigel Farage, leader of the far-right eurosceptic party United Kingdom Independence Party (UKIP). Farage is notorious for his disdain for everything continental, such as languages and cultures, and seeks to lead Britain out of the European Union. His declaration of amour has been immortalised as an advertisement for Paddy Power to support the European team in the Ryder Cup, the golf tournament that every two years pits Europe and the United States against one another. Dressed in his finest golf attire while flaunting his swing, it would appear that Nigel has perhaps temporarily dropped his euroceptic attitude, at least long enough to woo voters with this tongue-in-cheek message.