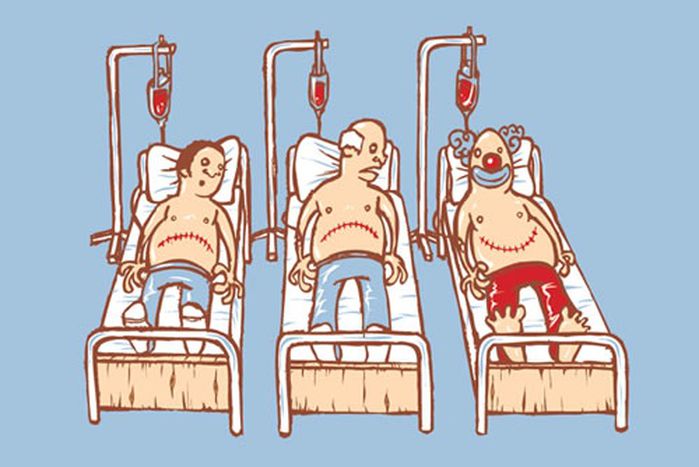 Three expats discuss their healthcare adventures, with or without travel insurance, in Spain, England and the Czech Republic. It makes for useful reading in the times of a swine flu pandemic

I have been living in England for the past year. When I started work, I got an English national insurance number with all its advantages and its disadvantages, but I admit that, as yet, I do not really know the ins and outs of it all (NHS or national health service doctors are free to visit, as well as NHS hospitals).

When I arrived, I discovered that I had to get registered at a surgery. After having completed a series of forms, which ask for your medical history, allergies and so on. I waited a couple of weeks before hearing if I had been accepted. I was beginning to panic, thinking of Michael Moore's documentary of the US health system, Sicko. I saw myself refused on the basis of my kidney stones, already half dead, lying in the gutter... The same day that I found out that I had been accepted, I learnt that to be able to see a doctor, an appointment has to be made and was often made for two weeks later, which is clearly very useful in the eventuality of catching the dreaded flu! Perhaps it is better to suffer in silence! However, an English friend of mine told me that it was enough to simply explain the issue to the doctor, who evaluates how serious the problem is before issuing the patient with a date. And in any case, there is always an on-duty doctor should the matter be urgent.

When it comes to swine flu, I live in Walsall, in the most affected area in England and, indeed, I narrowly avoided catching it at work. There were adverts on the bus and in newspapers with advice on what to do. If you think you have any of the symptoms of swine flu, you must not leave your house, you must not go into your doctor’s surgery and you must self-diagnose on the internet by answering a few questions. If your answers match those required, you are given a code that a friend can use to go and collect your medication at a pharmacy. After a few days, once you are well again, you can return to work. But for this you must have a signed doctor’s note to verify that you are ‘capable’ of doing so and that you are ‘not contagious’.

Self diagnosis seems to be an important element of the British healthcare system. Medication is widely sold in large supermarkets or in the ‘everything-under-one-roof’ pharmacy stores, but the assistants still ask the patient (sorry, I mean ‘customer’) if they have ever taken the medicine before. Everything moves along more quickly, there is no need for a prescription and so it is possible to look after yourself if necessary. I don't know what the hospitals in England are like, because touch wood, I have not yet had the pleasure of having to go to one...

I was one of those pupils who had almost 100% school attendance. But after I moved to the Czech Republic to study two years ago, all these medical troubles hit me. I remember the first time I faced Czech doctors clearly. I had woken up with a very high temperature, so I went to the nearest GP with my EHIC (European health insurance card), which ensures basic medical care. That was not the case. I was rushing through Prague with a 39 degree temperature and every time that I knocked on a door, I was kindly refused: the EHIC was not sufficient, they did not have this or that contract with this or that insurance company. Yes, I didn’t have a specific Czech insurance policy, but wasn’t this the kind of situation made for the EHIC? In any case, it means I have to pay in cash if I have a problem, which is still more convenient than going back to Slovakia to be treated. There is a university GP at Charles University, but not at the University of Prague. I did find a doctor in the university student’s guides, but when I met him I was refused with some extraordinary excuse which I still don’t understand today. I ended up buying drugs at the nearest chemist.

It turns out that my Slovak EHIC should have been registered at the main Czech insurance company (VZP). I was given an A4 document to show to any doctor along with the card. I have not yet had to check if this system works, but I doubt it does. I had never encountered any such information about the registration of the card. All the information written on the EHIC is stated only in the language of the country it is issued in; does that make the card really valid or helpful throughout the EU then?

I have just come back from a month in Moscow, and of course, I had to look for a specialist there. Even without the omnipotent EHIC and in a country like Russia - it’s been said that nothing works there - I got the care I needed without being refused at the threshold and without excuses for not being helped.'

Frenchman in Spain: 'it is better to go private'

Spain is at the bottom of the healthcare system league tables. The country got the worst score of the euro health consumer 2009 survey concerning the various European healthcare systems, carried out by the health consumer powerhouse. This was due to poor communication, poor patient rights and one of the worst scores in relation to waiting time for treatment. This should all go towards explaining why the Spanish are turning, more and more frequently, towards private healthcare.

The Spanish are increasingly turning towards private healthcare

Compared with other European countries, public surgeries in Spain have never really enjoyed a good reputation. It is the private clinics that rather appear as centres for advanced medicine. 'The Spanish healthcare system seems incapable of developing a strategy to improve the access to, and the quality of, their services, which explains the boom in private healthcare over the past few years,' explains the study. Such an experience, which the Spanish must deal with on a daily basis, is soon discovered by newcomers to Spain! Dorothée, a Frenchwoman who has worked in Barcelona for two years, explains. When I went to be seen by the doctor for the first time, I was surprised that the first thing asked of me was what ‘mutua’ I was. After speaking with doctors, I quickly came to understand that in case of real emergency, it is best to go to a private clinic.' Public healthcare suffers as a result of the lack of a centralised system. Autonomous authorities are responsible for this and regional inequalities are not uncommon in terms of investment and transparency. In spite of a real desire for improvement, all that can be said is ‘could do better'.