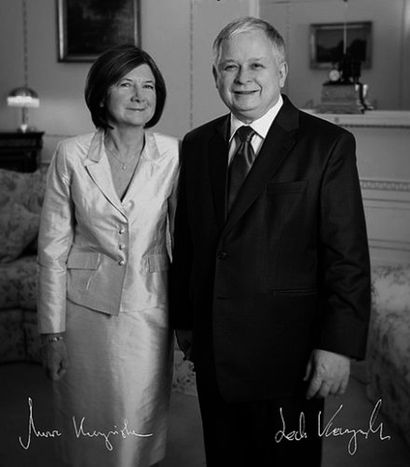 Smolensk, Russia. The Tupolev crashed one morning in April, the 10th. Lech Kaczynski, his wife Maria and other high-figuring state officials were amidst 88 passengers and eight crew members who died instantly. Having tried to land amidst bad fog, the presidential plane hit the trees on the fourth attempt which tore the jet up

For the moment, the weather is to blame for this immense tragedy in Poland. Russian prime minister Dmitri Medvedev has placed his president and former prime minister, Vladimir Putin, in charge of an inquest into the event; a Polish investigation has already begun. Lech Kaczynski was going to Russia for the commemoration of the Katyn massacre: in 1940, 20, 000 Polish officers were shot dead by the NKVD, or the soviet union police. The moment should have been one of historic reconciliation between the two countries. Kaczynski was the first Polish president supposed to assist in the ceremonies, after Polish prime minister Donald Tusk met his Russian homologue on 7 April. Today though, Katyn remains one of the most profound tragedies in Polish history.

See images from Warsaw, a capital in mourning