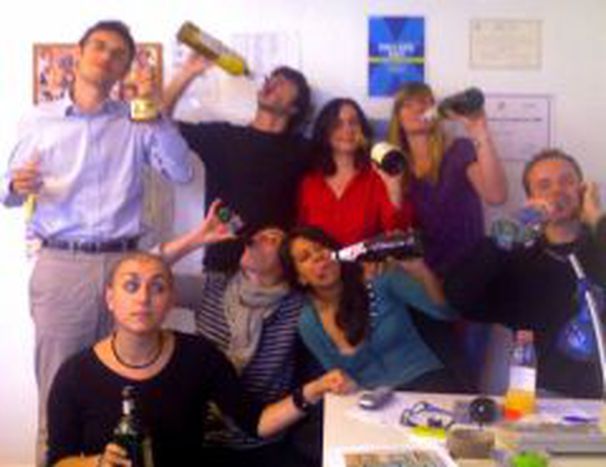 ... that a guy knocks his head getting up from the toilets (like Doc Brown in Back to the Future), and get the genius idea of inventing a wonderful new machine which will write my university essays IN GERMAN for me (yes i still believe in Santa Claus). Till then i'll continue suffering! Sergio, Berlin

... that we start preparations rolling for a ‘Babel festival 2011’, as cafebabel.

com will turn ten years old then. All of our over 10, 000 babelians should come! What about a day for babel bands?

... for an informed public debate about policy issues for the European parliamentary elections in 2009. There will be no pressure for candidates to sharpen their ideas and visions. Even if the ones I support don’t get elected, the interest of the voters is driven by them

... that European leaders deploy a peacekeeping force in war-torn Congo. The horrors of the crisis are a stain on the world’s conscience. Europe should do it for a world where threats to human life anywhere are recognised as threats to us all.

… that every newly appointed commissioner after the EU elections spends ‘Erasmus’ for two months in another country. Leaders will learn what Europe really means!

Want Turkey to finish negotiations and be a member in 2010? Want Estonia to join the euro? Whether you are student or already on the job market, a true European or a true eurosceptic, traveller or stay-in kind of person, activist or 'passivist', comment below on your new years resolutions.