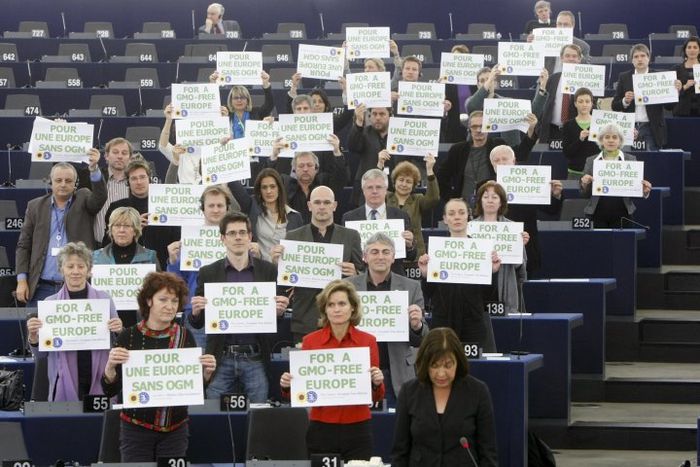 New law on GMO's and food labelling in the EU

How often do you stop to think about the food you eat? Health and Food Safety Commissioner has made a significant step towards a better control of GMO's by the Member States.

Health and Food Safety Commissioner, Andriukaitis, recently announced a temporary political agreement on GMO’s cultivation. “I am glad to announce that the European Parliament and the Council have reached a provisional political agreement on the draft legislation on GMO cultivation. The proposal, still subject to confirmation by Coreper and by the plenary of the European Parliament, will give Member States the possibility to restrict or prohibit the cultivation of GMOs on their territory, without affecting the EU risk assessment” said Andriukaitis.

Since 2009, the EU Member States as well as many civil associations have been calling for an end to the GMO’s in their lands. Now, if a company wants to sell GMO’s to farmers in a country where the national government is against the use of crops, the government will not need to ask the company to desist from selling there. Moreover, all companies trying to sell their GMO’s are obliged to have an authorization from the Commission. With this new measure, Member States will be given the right to ban the modified organisms even though the EU has already approved them. “I fully trust that this agreement in principle will be formally endorsed in the coming weeks by the European Parliament and the Council, allowing the Member States to start exercising their extended capacities to decide on GMO cultivation as from spring 2015,” added the Commissioner.

The battle against the modified seeds has increased throughout the world. People are concerned about the collateral effects of the GMO’s in their organisms as a remarkable wave of lobbying against it has sprung up in the past years. The Institute for Responsible Technology released ten reasons why we should not consume manipulated organisms that go from the simple fact of not being healthy to harming the environment. In 2013, Monsanto, one of the biggest GMO’s producers, decided to stop trying to get GM crops approved in Europe.

Better labelling for food in the EU

As of 13 December, European citizens will see a different label on the food they buy in the supermarket. A new measure issued by the Commission and adopted by the European Parliament and the Council in 2011, will ensure that consumers are better informed on food content. "European citizens will see the results of years of work to improve food labelling rules. Key content information will now be more clearly marked on labels, helping people make informed choices on the food they buy. The new rules put the consumer first by providing clearer information, and in a way that is manageable for businesses," informed Health Commissioner.

According to a Commission's press release, some of the key changes to the labelling rules are: improved legibility of information; clearer and harmonised presentation of allergens for prepacked foods in the list of ingredients; mandatory allergen information for non-prepacked food, including in restaurants and cafes; requirement of certain nutrition information for majority of prepacked processed foods; mandatory origin information for fresh meat from pigs, sheep, goats and poultry; same labelling requirements for online, distance-selling or buying in a shop; list of engineered nanomaterials in the ingredients; specific information on the vegetable origin of refined oils and fats; strengthened rules to prevent misleading practices; indication of substitute ingredient for 'Imitation' foods; clear indication of "formed meat" or "formed fish"; and clear indication of defrosted products.