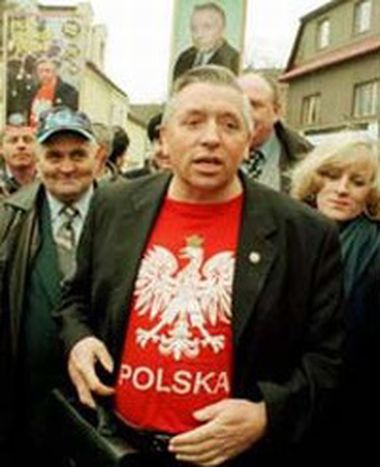 The lowest turnout for the European elections occurred in the new member states. It is also in these countries that the anti-European parties scored their best results. What's up with new Europe?

Just one month after joining the EU, the new member states seem to be turning their back on the European project. A point in case: the five European countries with the lowest turnout for the European Parliamentary elections in June 2004 were Slovakia (17%), Poland (20,9%), Estonia (27%), Slovenia (27.6%) and the Czech Republic (28.3%). And those who turned out often supported openly anti-European parties: 30% in Poland and Lithuania, 36% in the Czech Republic (with the Communists included) and over 20% in Slovakia. What happened?

People in Central Europe are tired of politics in general. They do not believe that any change in government could or would make a real difference, hence the elections are pointless. They are tired of corruption scandals and seeing the same faces all over the political landscape. They need a change that the political class has not been, and is not, capable of delivering because of the economic transformation those countries were (and to some extent still are) undergoing. Over the years, both leftwing and rightwing governments conducted similar policies, and the electorate was left with the feeling that whatever its choices, it had no impact on state decision-making.

This fatigue led to the emergence of populist parties, both rightwing and leftwing, which regard everything that has happened in Central Europe since 1989 as bad and want to change it. Andrzej Lepper, the leader of the populist movement Samoobrona, says “Elect us, everyone else has already been there”, “there” meaning money, government, power. In the morning he says he will legalise gay partnerships. In the afternoon he quotes the Pope. He also says that he will renegotiate the EU accession treaty. He, like others, benefits from the tired ears of people who, due to their difficult economic situation, are easy prey for demagogues.

Other voters think that populists are like every other political party: they all lie. Those citizens chose not to vote at all. Hence the turnout in Slovakia was a mere 17%.

The other reason why so few people turned out last weekend is the general lack of knowledge of what the European Union is, and what the European Parliament does. Moreover, no one tried to tell the public why they should go and vote! Excuse me President Kwaniewski (who said that the low Polish turnout is the population’s fault), but you should not expect people to vote for a body they have no clue about! Moreover, it is not only ordinary people who do not know much about the European Parliament; most of the Polish MEP candidates have no clue about it either! So they were calling for “good Polish representation in Europe”, when MEPs work in party, not national, teams…

On top of all this, the campaign was hardly visible, because of the upcoming domestic elections this autumn (parties are saving up for the future campaign). In consequence, the candidates and political parties did not reach out to the public. Hence, Polish turnout was 20%.

Are the new Europeans Eurosceptics?

Does it mean that Poles and other new members are Eurosceptics? At first sight it may seem so: 80% of them did not vote. And those who did largely voted for Eurosceptic parties! But taking into account the general disillusion with politics and lack of knowledge of the EU institutions, 20% is not proof of Euroscepticism. We should not forget that Europolitics does not exist (yet) and every European Parliamentary election is just a reflection of national political debate. Therefore, the “20% turnout” factor is a reflection of how Poles feel about their internal politics, not of how they feel about Europe.

In a few months there will be parliamentary elections in Poland and then we will see what the turnout is and whether the populist parties still muster support.