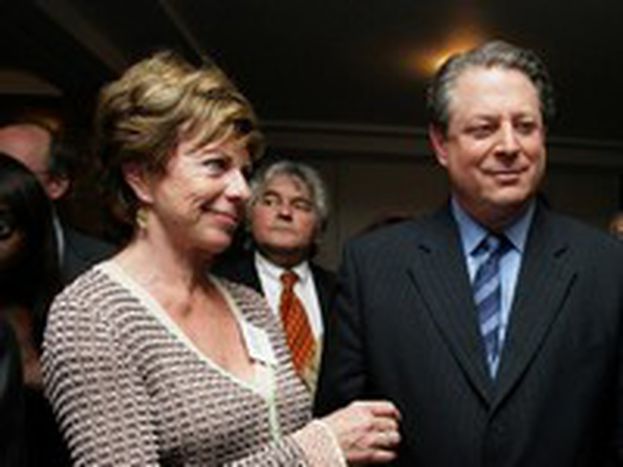 The European Commission have unveiled ambitious plans for a common energy policy. They pledge to keep fighting for an open energy market and against climate change

The new energy ‘package’, published on January 10, has three cardinal points: improve the internal market, accelerate the usage of new technologies and diversify and establish energy supply sources on the continent.

But in perspective, the Commission isn’t creating clear methods in the energy field. They propose two options for the member states. The more radical one is supported by the liberals in the Commission, headed by the Dutch Competition Commissioner Neelie Kroes and Peter Mandelson, Trade Commissioner, namely separating production activities and energy distribution. Different companies thus negotiate every activity. This is incumbent upon giants such as E.ON and RWE, two of Germany's biggest energy suppliers, or http://en.wikipedia.org/wiki/%C3%89lectricit%C3%A9_de_France in France.

It’s not surprising that the French-German axis – including two of Barroso's five vice-presidents, Jacques Barrot, Transport Commissioner, and Günter Verheugen, EU Commisioner for Enterprise and Industry – have stoked the ashes of negativity circling this proposal. This is where a far gentler second option comes in: the creation of one independent regulator who is responsible for the infrastructure network.

Energy is the EU’s biggest international priority, especially under the current German presidency (which ends in June). It could lead to a conflict of interests, but Berlin doesn’t have much choice in continuing the work that was started by the Austrian presidency.

Despite being one the biggest Co2 producers, Germany stands apart from the other European countries with its recent pledge to cut 21% of its greenhouse emissions.

The unhealthy indecision of the EU is prominent in matters of nuclear power. It leaves member states to keep making their own political decisions. It reignites the debate, exposure to nuclear waste and alternative energy sources to oil.

Do we have to resort to nuclear power to achieve the Kyoto protocol’s goals? Many member states have fully thrown themselves into renewable energy, like Holland and Denmark with wind power. According to the energy package, over the next 25 years the electricity sector will need 900 billion Euros in investment to replace production capacity of existing and obsolete infrastructures, and to face up to the growing demand for energy.

The Commission submitted its Green Book, with energy policy options to confront climate change plus the international cooperation perspective until 2012, when the Protocol’s current emission targets expire. EU priorities are clear: the reduction of greenhouse gases and the increase of renewable energy. They are themes which the Commission announced in November 2006 during the UN Nairobi world climate conference.

This meeting did not produce any results worthy of review, although there was emphasis on a new Kyoto protocol being the only multilateral instrument to respond to the threats of climate change. In 2008 there will be a second review of the protocol, ‘Kyoto II’. The energy package has pledged to halve the level of emissions as the figure stood in 1990, by 2050.

The new EU of 27 countries has not focussed on a collective objective to reduce harmful emissions as dictated by the Kyoto protocol. In 2004, the total greenhouse gas emissions in the EU-25 was 7.3% lower than the previous year. In the light of new tested methods, in 2010 the emission should be further lowered by 8.1%. And if we take into account Kyoto's proposed mechanisms and the ‘absorption pits’ (plantation fields, whose trees absorb enormous quantities of CO2), the total reduction of EU-27's emissions could reach 10.8%. Nevertheless, Kyoto's objective is to reduce the level of emissions to 20%, with 1990’s results remaining its reference figure.

To raise awareness amongst young people about this issue, the European Commission has launched a campaign - www.climatechange.eu.com – which allows you to contact students and academics who can discuss the climate change theme in depth.