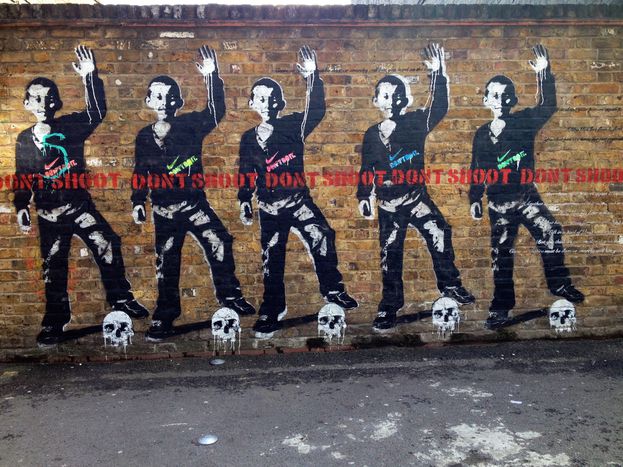 Only two days after the tragedy in Paris, Hollande decided to launch heavy air strikes against Islamic State strongholds in Syria. Germany soon supported France with a helping hand. But after the trauma must come the time of reflection and action. French politicians will have to leave aside emotional response to react appropriately to this carnage.

An appropriate response to the civil war in Syria and the deployment of the Islamic State (IS) in the Middle East requires a coordinated response by an international coalition, but also a reflection on Europe’s foreign policy in the Middle East.

Indeed, international threats require international responses. To develop a coherent and comprehensive foreign and security policy, and to remain united behind this European strategy is therefore a top priority after the massacre. This would require close-knit cooperations and common institutions with substantial powers in order to adapt one strategy in the face of terrorism. For instance, the scope of action of Europol and EEAS need to be considerably widened and their capabilities improved.

Finally, this would also require a review of trade and export policy of European countries and supervise those at EU level. Indeed,delivering heavy weapons and first-class military technologies to Saudi Arabia, Qatar & Co., which indirectly support IS, is not compatible with the values we try to defend: universal human rights, freedom and democracy.

A different kind of warfare

Hollande and other European leaders’ response to the current terror threat is the reestablishment of borders. But this response is utterly inappropriate. It relies on the notion of Nation-States and national identity. This does not correspond at all to the threat of terror organisation such as IS. Hollande was inherently wrong talking about a “terrorist army”; Globalisation has brought a new kind of contemporary warfare, which cannot be solved with border closures and airstrikes in Syria alone.

Terrorists of the Paris attacks were Algerian, French, Belgian, Syrian. They did live in various countries, travelled to various destinations, and were probably not fundamentalists since the day they were born. Rather, they were radicalised through Jihadi networks in Europe. This “war” against an “enemy” is thus not a traditional “Other” but, amongst others, French citizens. It is a symptom of the slow but certain crumbling of Nation-States in a globalised world were holding a passport does not mean abiding to the cultural values of the country. These are complex issues, which we cannot solve with knee-jerk reactions.

Instead, reflecting on our European narrative is an essential step. Hollande should talk about inclusion, participation, openness. About our values and what France stands for. That also means to have a debate about what we want to defend. This would certainly have to include a reflection on our responses to to fast-paced globalisation, the unravelling of welfare systems and the alienation of some parts of society, which we cannot turn a blind eye to. Or the slow trade-off of democracy and individual liberties for the sake of governance and more surveillance - legitimized by the "crisis situation". We finally need to think about what “liberal democracy” means nowadays. Now is the time to clearly define our position in the face of adversity. Let’s not give those wanting to plant panic in our heads the victory they are looking for: Less democracy, less freedom, less tolerance.