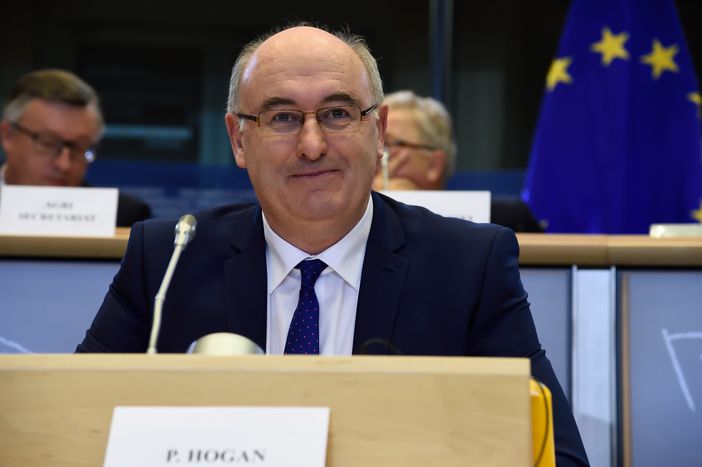 The next likely EU commissioner for agriculture and rural development may not have given quite the right impression as MEPs heard his pitch. He convinced them that he would improve the administrative burden of the common agricultural policy and safeguard european food safety regulations, but attracted more hate than love from the greens by admitting he didn't know enough about insecticides.

At the same time as Pierre Moscovici, former french minister for the economy, was being heard by the Commission for Economic and Monetary Affairs, another hopeful faced MEPs: Irishman Phil Hogan, former minister for the  environment and Jean-Claude Juncker's choice of European commissioner for agriculture.

This position may seem technical and uninteresting at first glance, but it is in fact highly strategic. If Hogan is sworn in, he will effectively be in charge of the common agricultural policy (CAP), a programme which takes up around 40% of the EU's total budget and directly impacts almost 25 million european farmers. That's a non-negligeable "5% of the european workforce", as Mr Hogan highlighted in his introductory speech.

« We need a simple, efficient and flexible CAP »

His main pledge is therefore to simplify the CAP. "Reducing the bureaucratic burden is a priority for me. With this in mind, I will carry out a comprehensive screening process [of the policy]" he said.

He also promised to safeguard european food safety regulations during negotiations for international trade agreements, such as the now well-known TTIP. "We won't sacrifice our safety regulations", he said. He will also have pleased french MEPs, assuring them that he won't yield to the United States on the question of ".wine" domain names, which could be authorised by the Internet Corporation for assigned names (ICANN).

Mr Hogan's only hitch during the hearing was a series of uncomfortable questions from two Irish MEPs, about two cases currently against him in Ireland. Mr Hogan allegedly helped constituents from his constituency apply to an Irish utilities company while he was environment minister. He has also been accused by Nessa Childers, another Irish MEP, of blocking a family of Travellers from acquiring council housing.

But what about the environment?

When it came to the substance however, My Hogan's hearing nevertheless revealed a (very) large deficiency - that is, his total disregard for ecological matters. He made no new announcements on the subject, and was happy to just praise previously enacted european directives and regulations.

When questioned by MEPs, he replied that he would be "pragmatic", affirming that a durable agricultural policy needed to be supported "because we don't have any other choice". When asked about organic farming and forestry, he said he saw in those areas mainly an opportunity for "growth and employment". 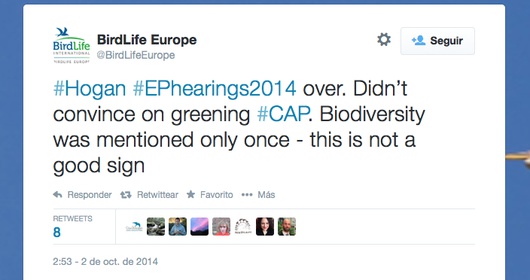 The showstopper came as one MEP asked him if he would indefinitely ban neonicotinoids, pollutant insecticides which the EU strictly limited the usage of, and to which he admitted he hadn't been briefed recently on the subject. It was enough for the greens to take to Twitter, with "Hogan admits ignorance of neonicotinoids and biodiversity!"

The hearing was followed by an informal vote, for which the greens, the anti-capitalist left and the eurosceptic "Liberty and democracy" party opposed Hogan's nomination. But it was no use: 31 MEPs voted in favour of the former Irish minister, with only 11 not in favour.