Barroso’s first move as President of the European Commission has been to water down the strict code of conduct of Prodi’s Commission, arousing suspicions of renewed nepotism in Brussels. 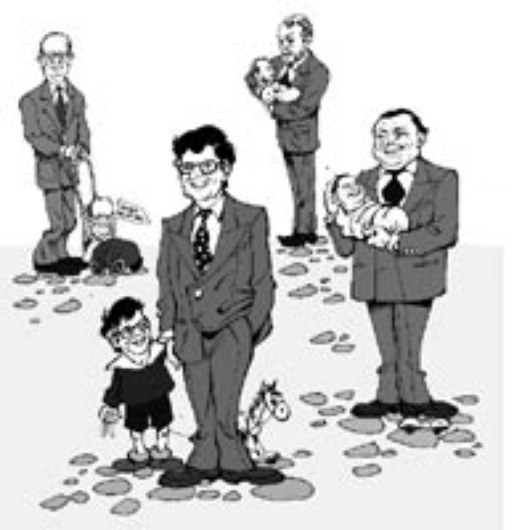 Flashback: Shortly before the end of the Santer-led Commission’s term in 1999, everything is topsy-turvy in Brussels. Nepotism abounds in the European ruling squad, which is eventually forced to resign. Romano Prodi is charged with mucking out the Brussels stable and gets to work. From now on, members of the European Commission must adhere to a code of conduct. The focus is on Commissioners’ immediate colleagues, their so-called cabinets. From now on, the Commissioner, their Director-General and Spokesperson cannot come from the same country.

The code of conduct was on the agenda at Team Barroso’s first meeting, too. But clearly the lessons of the Santer scandal have fallen by the wayside in the jungle of Brussels bureaucracy. Yes, President Barroso spoke out in favour of a ‘code de conduite’ and a document has already been published accordingly, which – according to Barroso – has been ‘adapted’ from the Prodi version. In other words: the stipulations have been watered down. Yes, the matter of which department determines whether a member of the Commission may accept a gift from a guest has been cleared up. The glaring question of how individual Commissioners’ cabinets are composed, however, has been swept under the carpet. Here, the prospective heads of the Brussels authority have treated themselves to a transition period during which the international stipulation for cabinets does not stand; a period which will last until summer 2005. Why such a period is needed when the rule has already been in place for the past five years is something the Commission does not explain.

Verheugen has the best network

The newly-designated members of the Commission are embracing their newly-won freedom and are busy getting compatriots nice little earners. Who wouldn’t want to set up an old friend from home with a highly lucrative post? It will be interesting to see what happens when the old rules come back into force next summer – that is, that Commissioners and their Director-Generals must come from different countries. By then, it will probably be a case of ‘what do I care what I promised yesterday?’, Konrad Adenauer-style.

Because already Barroso’s gang are not exactly following the code of conduct, whereby Commissioners should carry out their mandate in ‘full independence’. So, Barroso gave the Danish Mariann Fischer Boel responsibility for agriculture. Just one thing: she herself owns a farm and receives 60,000 euros a year in EU subsidies. The Commission has investigated the case – and deemed it acceptable. It’s Boel’s husband who runs the farm, after all. There’s still that question, though, of what Boel cares more about: European taxpayer’s money or her husband’s income?

Boel’s situation highlights the main problem of the code of conduct: the 23 page paper contains no mention of sanctions in the event of its rules being broken. It therefore won’t be popular with European citizens if rumours of favouritism in the corridors of Brussels take hold. What the Commission needs are not only behavioural guidelines but clear terms outlining what will happen if they aren’t observed. Otherwise the door is still left wide open for fiddling.