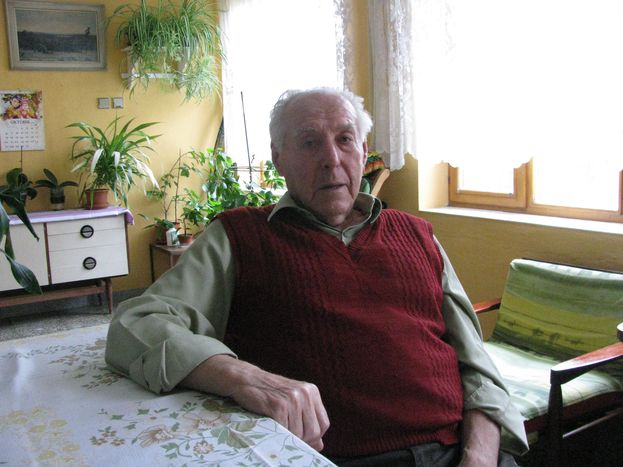 We are walking into ordinary fields. Austria is just a few hundred metres away. Twenty-five years ago, this was a no-go area. The inhabitants of Jarovce, a city borough of the Slovak capital Bratislava, were cut off from their neighbours in the Austrian town of Kittsee with a barbed wire fence. It was a part of the Iron Curtain that separated the East from the West for four decades.

“Only agricultural workers could enter this zone with a special permit,” my guide Viliam Karácsony explains. His house is maybe a hundred metres from where the border zone started. He recalls how he went cycling with friends when he was about seven or eight. Unknowingly, they crossed into the border zone. The result? Soldiers stopped them and brought them home to their parents. “I could see Austria but went there only when I was seventeen,” says Viliam. His parents had to wait forty years to go to the neighbouring country. The only time when all locals could enter the border zone was during the annual celebrations of the Slovak National Uprising in the military barracks.

The small city Jarovce has a very turbulent history. We are meeting a man who remembers very different times. Ján Wolf is ninety. When he was born, Jarovce belonged to Hungary. Then it was called Horvátjarfalu. It became a part of Czechoslovakia in 1947. The fence was built shortly after the Communist Party seized power in 1948. “Earlier, we used to go to Austria regularly. We had annual passports and could cross the border easily,” Ján Wolf tells about the old days. Initially, the fence didn’t stretch across the whole border. It doesn’t surprise that some locals used this opportunity to escape, particularly while working in the fields. One such escapee was Ján Wolf’s brother-in-law who later moved to Canada. 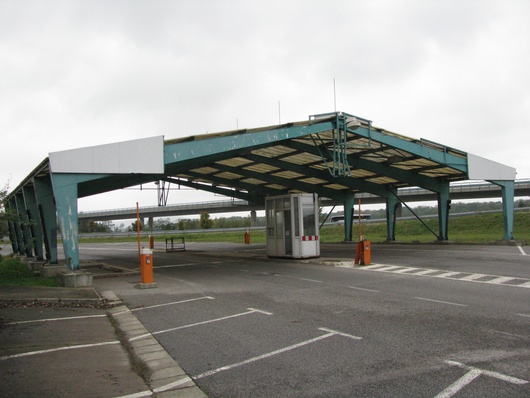 I want to know if people tried their luck and attempted to cross the border. Viliam’s parents tell me the locals knew that it was almost impossible: “But there were people from other regions or other countries, such as Poland, who came here with hope of getting to the West.” Nobody really knows how many succeeded and what happened to those who didn’t. Digging tunnels under the fence, like the ones in Berlin, was almost impossible. Even if someone dug a tunnel, he would still crawl out in the Czechoslovak territory and most likely fall into the hands of the border guards.

Although the whole history of the Iron Curtain is tragic, there are funny stories too. A local shoemaker managed to escape to Austria. To everyone's great surprise, he returned one week later. He never wanted to escape but was drunk and somehow managed to get to the other side. Unfortunately, he didn’t remember how he did it, so he couldn’t share the know-how with other people.

Don’t wave to the Austrians!

Viliam senior has his own experience of working under military supervision. For some time, he worked in the forest in the border zone. Even those who worked in the fields could not interact with the Austrian farmers on the other side. “If you waved to them, the soldiers threatened that you wouldn't be allowed to go there anymore,” Viliam Karácsony senior tells me. Ján Wolf, who lived through different stages of how rigorously the border was protected, admits that there were times when people, usually relatives, could throw bags with some goods over the fence, but starting any sort of conversation was risky.

Even making it to Jarovce was not easy. Border guards were stopping buses coming from Bratislava and checking all passengers’ documents. You either had to have permanent residency in Jarovce or a special permit to be allowed to continue the journey. “We were like monkeys in a cage. And what was it good for? We knew what life was like there. And they knew what was happening here. It didn’t bring anything good and those who wanted to smuggle something did it anyway,” Ján Wolf sums up four decades of paranoid madness.

The Lives of the people in Jarovce transformed hugely in late 1989. The Velvet Revolution swept away the Communist regime in Czechoslovakia. The road to nowhere suddenly became a gateway to paradise. Thousands of people wanted to see Austria. “It was crazy. We could barely make it out of our house. The village was full of cars. They started arriving maybe at four or five in the morning. The first month of open borders was awful,” says Viliam Karácsony senior. Initially, the border crossing was not open all day, so people were in a hurry to make it to Austria and back on time. 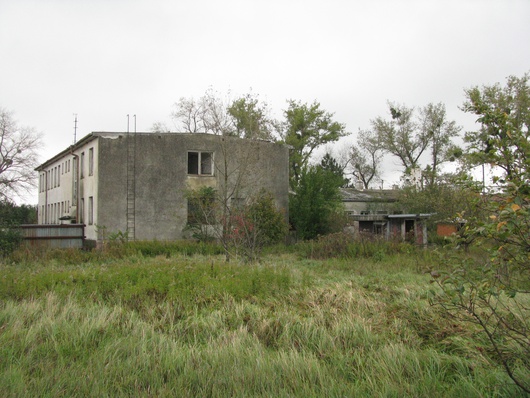 During my visit in Jarovce, the road was not too busy. These days, most drivers apparently prefer the motorway crossing that was built later in the 1990s. There is nothing left of the barbed wire fence.When Viliam junior and I took a short walk to the border, all that reminded us of the old times were two houses where military officers used to live and a couple of former barracks. While the houses had been refurbished and looked just like any other houses in the village, the barracks were abandoned. No sign of the restaurant that used to be here, as most windows were broken with nature gradually taking over.  There was grass and weed everywhere: a fitting monument to human stupidity that kept people apart for forty years.