Saglamer Tuncer, a young European of Turkish extraction, argues the case for Turkey. Distinguishing between beginning negotiations and actual membership, he points out the mutual benefits of this prospective enlargement 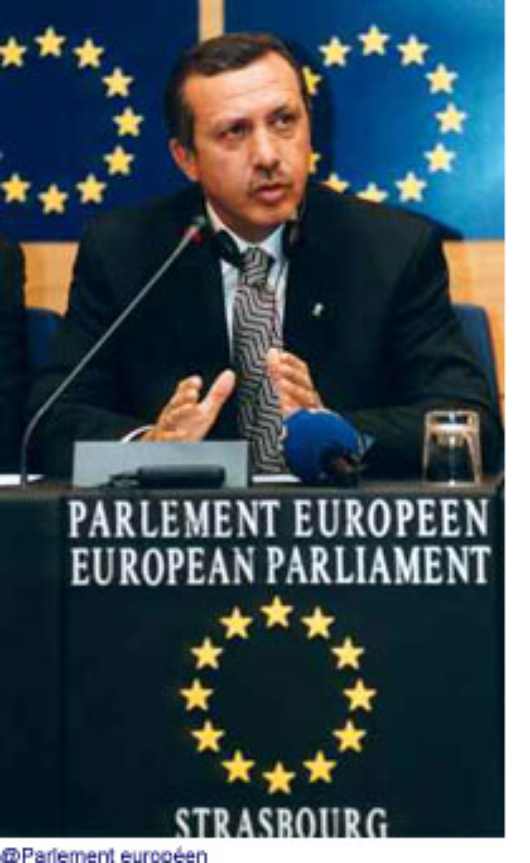 Everyone wins if Turkey joins the EU. Nevertheless, the advantages of Turkey’s membership, both for Turkey itself and for the Union, need to be analysed clearly and concisely. To achieve this, the long-term relationship between Turkey and the Union must be taken into account as well as the efforts Turkey has made to satisfy the political criteria laid out in the Copenhagen agreement in order to begin negotiations for membership at the end of 2004. The mutual benefits of such membership reinforce the idea that Turkey is closer to the Union than ever before, especially if the Union’s ultimate objective is to act as a global power on the international stage.

Europe is first and foremost a human project. It is the fruit of the heritage of Ancient Greece, the Roman Empires in the East and West, Muslim Andalusia, the Protestant Reformation, the Renaissance, and the Enlightenment. The debates surrounding possible membership are concentrated firstly on what Turkey actually is: whether it is part of Europe or not, its population, its Muslim heritage and its level of economic development.

All these elements need to be examined but the geopolitical stakes are also important. Turkey occupies a pivotal position at the crossroads of the Balkans, Russia, the Caucasus and the Middle East. It is an important player in the balance of power of this vast zone. As a loyal member of the Western camp through NATO, which it joined in 1952, Turkey has considerably helped the West and Europe. For the European Union today, welcoming Turkey signifies a new geopolitical mutation. Initially, the Union was a Western European project. Now the EU has become pan-European with enlargement to the East, so why not Turkey which, thanks to its borders with Iran and Iraq, would give the Union a foothold in Asia and the Middle East.

The discovery of substantial hydrocarbon reserves in the Caspian region has also increased Turkey's strategic importance. When the Bakou-Tbilissi-Ceyhan (BTC) oil pipeline becomes operational (at the beginning of 2005) Turkey will occupy a central position on the EU’s petrol supply route. Membership will contribute to the protection of strategic interests concerning EU energy resources.

The experience and practicalities of secularism

Demography will also be a significant factor in terms of future prosperity. Turkey has a young and dynamic population in contrast to other European countries where the population is aging. The average age of the Turkish population is 27 and 70% of the population is under 35. Thus, Turkish membership will positively change the demographic structure of Europe and reinforce the spirit of enterprise and the market economy, therefore contributing to prosperity.

The EU’s founding fathers wanted to bring peace to the continent through ever closer union between peoples. At a time when some would have us believe in a ‘clash of civilisations’ and a new religious war, allowing Turkey, a predominantly Muslim country, to join the Union which some see as an exclusively Christian club would refute once and for all such dangerous theories. For 24 years Turkey has also contributed to the implementation of the concepts and practicalities of secularism. This has contributed to the multiply identities held by the country’s population, among them Islamism. Turkey has demonstrated the strength of its democracy and its institutions. The people living there, and the four million EU citizens of Turkish extraction, have experienced secular culture, democracy, modernity and the philosophies supporting it.

The EU therefore has an historic opportunity to substitute the ‘clash of civilisations’ with an attitude of mutual gratitude and rapprochement between peoples. Firstly, by offering a positive model to the 11 million Muslim Europeans on living together, highlighting advances in political, democratic and humanist thought. In other words, proving the ability of a modern and peaceful Islam to act as an effective rampart against divisions caused by terrorism or conflict. Secondly, by demonstrating that the EU could be a model for the whole world, a structure which can integrate Nation States and peoples with very diverse histories and cultures. Thirdly, by allowing the Union to play a much more important role than it does today in finding enlightened and peaceful resolutions to the world’s conflicts, thus contributing to global stability and the development of democracy, human rights and greater economic equality.

Discussions about Turkish membership should begin in December 2004 not only out of respect for past agreements but also to help shake off the very real problem of popularism in Europe. The debate about whether Turkey should join the Union, which remains conditional on numerous institutional, political and social evolutions, should not be substituted for a debate on whether negotiations should begin.