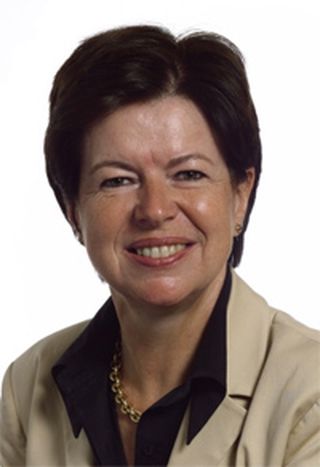 “National sovereignty cannot be the basis of Europe’s future.”

Frieda Brepoels, vice-president of the New Flemish Alliance, the party fighting for the political autonomy of Flanders from Belgium, explains why regional governments must be given a European platform.

Flanders won its own parliament in 1989. Now its MEP, Freida Brepoels, wants the benefits of devolution to be replicated across the rest of the EU.

What are the benefits of regionalism in Europe?

The major contribution of regions to the European economic integration process is their cultural diversity. They correct the democratic deficit of the European institutional mechanisms, they reduce internal national tensions, produce cross-border solutions and, most of all, bring citizens much closer to the decision making structures.

Are the regions adequately represented at a European level?

At the moment, the regions are not participating properly in the European decision making process. They are not seen to be as important as they should be. The reason for this is mainly their great diversity, which is of course characteristic of different regions. This makes it possible for some central governments to fight for their exclusive powers. The best decisions in favour of the role of regions in Europe were taken in Maastricht [treaty 1992], for a committee of the regions and presence in the Council of Ministers, and also in the draft constitution - mainly by their recognition as part of the member states. In the future, I think, as a first step, we have to evolve to become a ‘Europe with the regions’; a Europe where regions fully participate in the decision-making process.

Is the fear of devolution a big problem in Europe, particularly in the case of Belgium?

I think that, on the whole, Europeans are not afraid of regionalism, that is to say the belief in the political and administrative advantages of regional authority and government. Of course, central governments and administrations tend to keep power for themselves, but they cannot stop the evolving nature of national sovereignty; it has changed considerably everywhere in Europe. Almost all European constitutions have developed in the direction of greater decentralisation; even some eastern European constitutions - where the idea of recently reconquered national sovereignty is rather different from ours - have recently taken the same route. This colossal top-down evolution has been supported by the constant democratic approval of the European people, who at the same time feel that real democracy calls for bottom-up participation of the citizens. This confidence in regionalism has been exceptionally strong in Belgium.

How can devolution, which brings democracy closer to its citizens, be prevented from becoming a tool or justification for separatism or nationalism?

If European governance could be understood as the collective responsibility of European institutions, national authorities, regional and local institutions and the well-organised private interests, the discussion of national sovereignty and separatism could be avoided. Trying to keep regional parliaments out of the European circuit, for instance, or keeping the regions out of the Council of ministers, would surely be contrary to the real meaning and traditional values of our common European society and heritage. National sovereignty is a notion from the 18th Century, it cannot be the fundamental basis of Europe’s future.