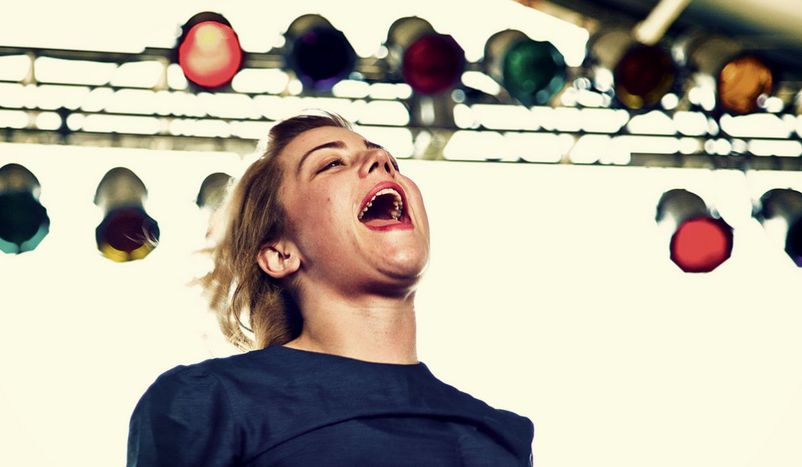 Since Germany’s elimination from the European football championships (in a semi-final against eventual runner-up Italy), an absurd debate about the national anthem has sprung up in Germany – with dangerously exclusive undertones

Rolf ‘Töppi’ Töpperwien, formerly a sports reporter for German TV channel ZDF, has repeatedly claimed that Germany lost to Italy in the semi-finals of Euro 2012 as early as the singing of the national anthem, because some players didn’t sing. In particular, he claims, these were the ethnically non-German players, who allowed the intuitive desire for victory to drop by not singing. This logic fails to explain why the Italians then unceremoniously lost against the non-singing Spanish – due to a conscious sense of multiculturalism the Spanish national anthem has no text.

Sing a song of a long ago

Töppi started his journalistic career back in the good old days of the seventies. Admittedly, there were already quite a few immigrants then, but hardly any of them had German citizenship. Quite a lot has changed since then. Not only are there more non-Germans but at least some of them are also German citizens. Until about ten years ago this wasn’t a ‘problem’ for the national team, as the children of immigrants didn’t play for their own team but for their parents’ homeland. A turning point was reached in 2001, when GhanianGerald Asamoah, who had just received German citizenship, debuted as a player for Germany.

Read the special edition 'Did you hear the one about the Turks who’ve been in Germany for fifty years?' on cafebabel.com

It all took a few years longer for Germany’s largest immigrant community – from Turkey. There were various reasons for this: Turkish nationalism, which placed playing for Germany as equal to treason, the activities of Turkish associations, which actively scout out new talent in Europe, and, until recently, the antiquated citizenship law. Of the German-Turkish Altintop twins, one twin actually wanted to play for Turkey and the other for Germany. However, German bureaucracy took such a long time that both now play for Turkey.

A 20-year-old comes out as German

That times were a changing became clear in February 2009 when a 20-year-old footballer boldly explained: ‘My family has been living in Germany for three generations, I grew up here, have always felt at home here and this is where I had the opportunity to play in the junior selection teams.’ Following his decision to play for Germany the player’s internet page was overloaded with hate mails and threats, so that the site’s visitor book had to be temporarily closed. The-then 20-year-old is now 23 and plays for Real Madrid with a number 10 on his shirt, over which stands the name Özil. Germany’s national eleven is a colourful mix of different nations, representative of a Germany in which more than 15 million people originate from a different country. The Turkish-Kurdish population stands at around 2.5 million, of which over one million have now received German citizenship. 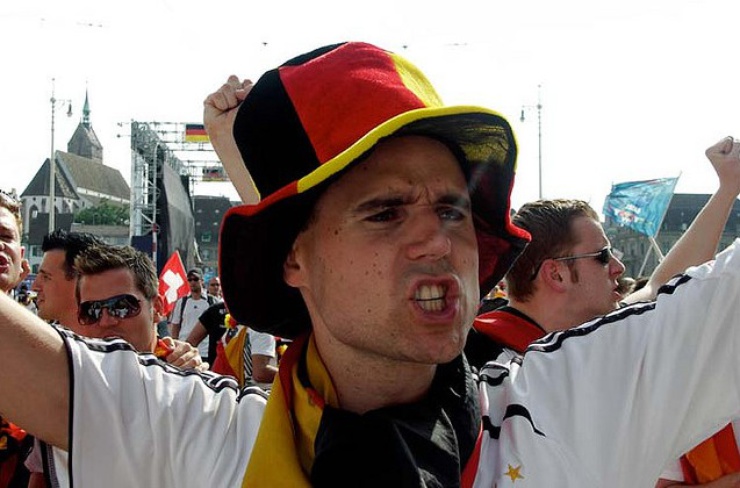 Not everyone is happy about this development. German racists reacted with campaigns against coloured players ('the football shirt isn’t the only thing which should be white'). Özil was threatened and insulted, for example by the neo-nazi NPD, who described him as a ‘plastic German’ ('Plaste-Deutschen') in 2009. Töpperwien’s distinction between singers and non-singers leans towards preventing those who don’t sing from playing at all.

So why aren’t they singing?

The origin of parents does make a difference when two Turkish, Tunisian or Ghanian parents are sitting in the stadium or in front of the television. ‘Unity and right and freedom', seems fair enough in the third stanza of the anthem, but ‘for the German fatherland’, well… Should Özil, Sami Khedira or Jerome Boateng really be singing of a German fatherland? Wouldn’t that be somewhat absurd? The Surinamian Dutch solve the problem by not singing the first line of the Dutch national anthem: ‘We are of German blood’ and joining in afterwards. Would missing out some lyrics be a solution for immigrants’ children? Former professional French footballer Eric Cantona is more relaxed about singing the anthems. In an interview with the French online magazine Les Inrocks, he recently said: ‘I’ve never sung the Marseillaise and I really don’t care that players don’t sing the anthems. That’s not an integration problem, sport is also a provocation. Would everyone just stop preaching? There are far too many preachers.’

The Surinamian Dutch solve the problem by not singing the first line of the Dutch national anthem: ‘We are of German blood’, and joining in afterwards

Töppis message to the German non-singers is - you’re not welcome. Other people from sport (manager and former player Franz Beckenbauer, who didn’t sing in 1974 and became world champion) and politics (Bouffier, Hermann) quickly agreed with him. The German football association (DFB) should not ignore this. The DFB’s reaction should be for the team, including manager Joachim Löw, to collectively not sing next time and after that to leave it up to the players. Either way you can only win when singers and non-singers are together.