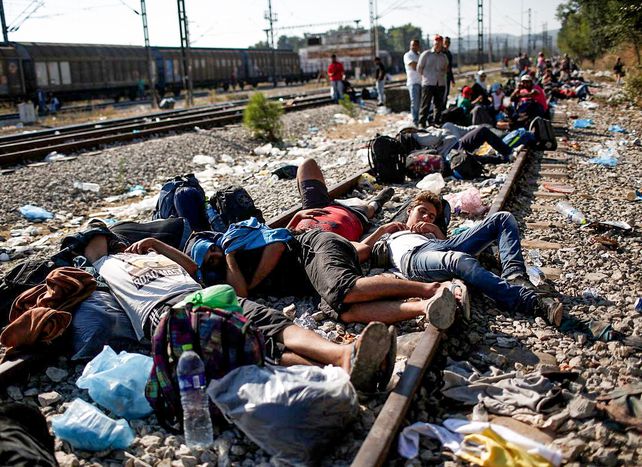 Despite the generosity of many European citizens, lots of refugees still lack a safe place to stay in Europe. MyRefuge, a new British app wants to get them together with people willing to share their homes. A round of crowdfunding to finance the initial costs saw them overshoot their initial goal after just eight days. Cafébabel talked to its founder Sholi Loewenthal.

cafébabel: Tell us a little about yourself.

Sholi Loewenthal: I am 32 years old, born and raised in London. I did academic training in sociology, politics, globalisation, and governance and the public sphere. Then I worked in the community for a few years - my job was to help organise collaborations between public, private, charity and community sector organisations. I’ve been interested in the role of the internet for over 10 years now; actually since I started using it back in the late 90s.

cafébabel: When and how did you have the idea of creating an app which helps refugees to find a refuge?

Loewenthal: I had been watching the refugee crisis unfold, and then I saw some of the news stories about citizens offering their homes. I saw that "Refugees Welcome" in Germany had matched 132 refugees. For many thousands of refugees, it seemed like a platform was needed where refuge seekers could connect with refuge providers and it would facilitate more matches, especially if we could find a way to integrate into the platform a way for NGOs to support those forming relationships – as they do now in the 100% facilitated approach.

Also, it seemed to me that we needed to have a global platform to allow citizens around the world to play a role in helping refugees. It’s not good that only Europe should have to bear this burden. There are other parts of the world where there can be a goood quality of life for refugees and where they can play a role in contributing to society. The world has to act together in order to save people’s lives, and we need a tool that works at a global level and which uses smart technology for this to be feasible.

cafébabel: Are there other people working on the concept except you?

Loewenthal: There are two developers, friends, Nelson Yeung and Cas Nadel have been volunteering their time from the outset to develop the app. Other friends and other people who have been inspired by the project are also helping, reaching out to people and so on.

cafébabel: You are the director of Humanity Online, what's the idea behind this company? Is your commitment to Humanity Online one reason for the empathy for the refugees?

Loewenthal: Humanity Online is a company which develops technology to help people collaborate to finally be able to effectively and concretely address the big issues of our time. Our main project, currently in development, and which received EU funding, is "engage.re". This is a social network collaboration tool which understands project management from the point of view of community, and which enables individuals and organisations to contribute towards community goals that are established collaboratively. It’s an exciting tool which we believe will be a radical intervention into the world of social media and we aim to begin testing in the next few months. 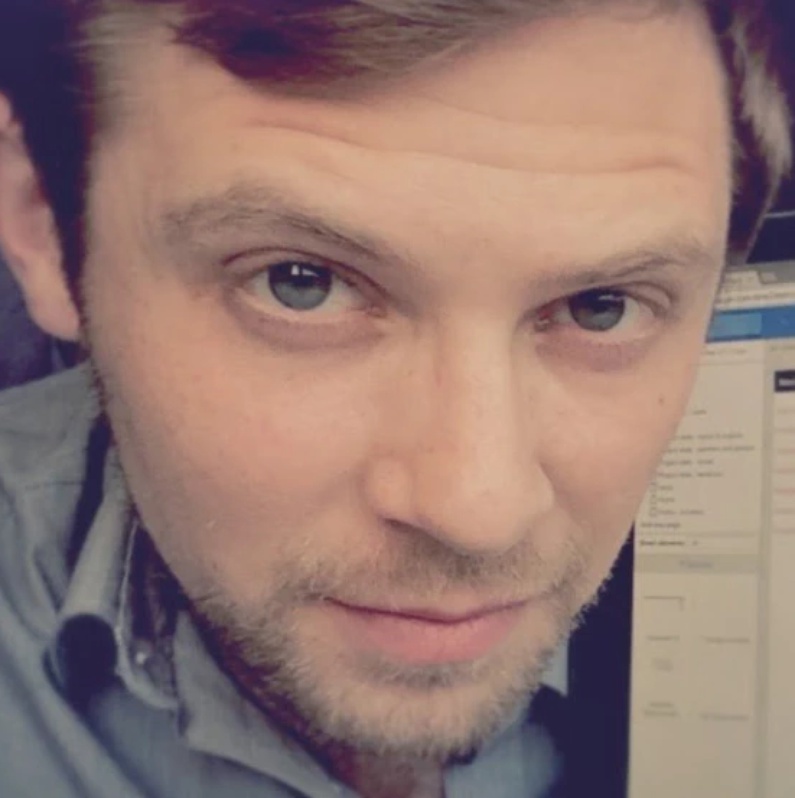 Loewenthal: We want MyRefuge to be a way for indvidual citizens to play a role in helping refugees. At the end of the day, even if governments have all the good will to help refugees, it will be the communities that welcome them into their environment that will make this humanitarian effort a success, rather than a catastrophe. Also, the housing solutions provided by refugees are not ideal, and encourage refugee communities to become insular, rather than to engage with the communities they have come to.

Citizens playing an active role in sharing their homes - and when it's possible - addresses these two problems. Firstly, refugees will more likely be warmly welcomed into their homes and, by extension, into the broader community as companions and friends of their hosts. Secondly, refugees will be less likely to form insular communities. Equally importantly, citizens can provide a resource to government beyond those available to governments on their own, to accept more refugees.

cafébabel: What functions will the app have and why will it be viewed as progress compared to the current situation?

Loewenthal: The current situation is that there are many different charities that are supporting refugees and those who want to help them. How they work, and the fragmented nature of the community, presents a number of issues. First, a refugee will need to go to many different organisations if the first one, or second they approach are unable to help them. This problem doubles and triples if they are looking into seeking refuge in a number of countries or cities.

Secondly it’s hard for citizen refuge providers to get an immediate sense of just how powerful they have been as a collective community, because the statistics from each organisation need to constantly be added up. Thirdly it’s harder for organisations supporting refugees to find citizen refuge providers because the registered citizens have been registered on a host of websites. And fourth, it is extremely difficult for governments to keep track of what is happening with refugees in their country; who is hosting them, which charities and front line services have formed relationships with those providing support.

Loewenthal: Our vision is a one stop shop for refuge seekers and refuge providers, a bespoke collaboration tool for governments and NGOs to collaborate with citizens on the key issue of housing. For governments to validate asylum seekers to citizens, and for NGOs to provide relevant support once relationships have been instigated and their support is required. And finally an easy way for citizens around the world to come together as a community around this issue and to understand clearly what they have achieved through their collective efforts.

cafébabel: How will it work practically? Could you give a clear example by imagining a person from Syria coming to Great Britain?

Loewenthal: Abdu comes from Syria and is currently at an UN refugee camp. He logs into MyRefuge and finds a host who has available space for him. The host agrees to host him for six months and show him around the community, and so on. The UK government, with its new programme to allow additional refugees into the UK, logs into MyRefuge. MyRefuge will now send notifications to the UK government whenever a new refuge-provider and refuge seeker relationship is formed, so that they can validate the refuge seeker as having asylum.

The government, in the case of Abdu, validates his asylum request. In the meantime, NGOs that are supporting refugees have also registered onto MyRefuge. They will be notified by the system whenever a refuge provider and refuge seeker relationship is formed so that they can provide the right kind of support. The refuge seeker and refuge provider are also informed of these charities being available to support them. The relevant charities now notify Abdu that upon arrival to the country he will have the opportunity to join some workshops about living in the UK.

In the meantime, the host is invited to a working group with other hosts where they can discuss what to expect and any issues they may have to overcome. 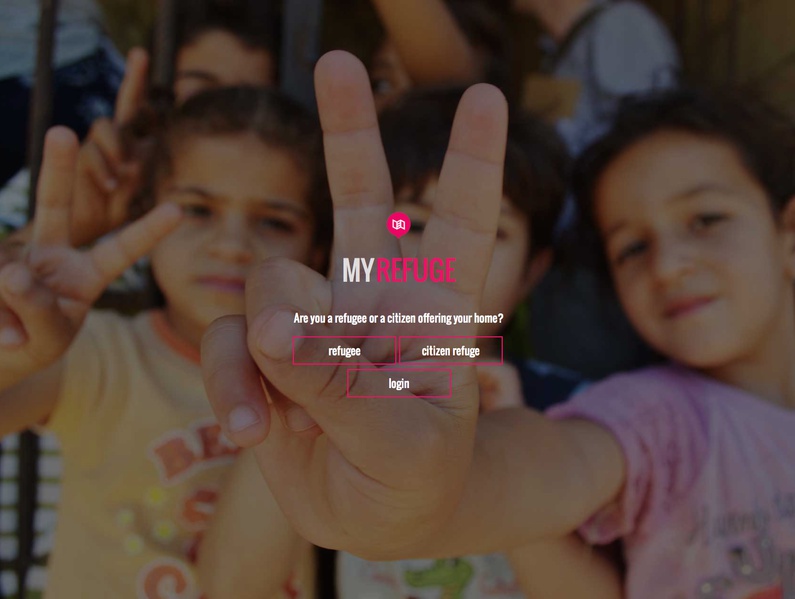 cafébabel: Why did you decide to use crowdfunding?

Loewenthal: To raise awareness about the initiative and to allow people to collaborate with us on this very special humanitarian mission.

cafébabel: The £1000 collected on Indigogo will be used for what?

Loewenthal: The £1000 will allow us to pay for initial server costs and help speed up development for a fast launch. Three of us are volunteering our time on top of full-time jobs, building what is effectively a free version of AirBnB. The more we raise, the more we’ll be able to build into the launch beta, and the more we’ll have left over to spend on developing the platform further.

cafébabel: Will £1000 be enough to finish the app's development? If not, how will you raise more funds?

Loewenthal: Organisations we’ve been talking to have indicated a willingness to invest. We also expect that if website begins to be used we can ask registered refuge providers to help contribute, if that is within their means.  In the meantime, the crowdfunder will remain open for contributions after the end of the campaign, so the global community can continue to contribute to the project if they feel it is something that is adding value to this space.

cafébabel: How do you want to reach refugees and people providing their houses? Is there a need of advertising to get attention?

Loewenthal: We are begining to talk to relevant NGOs and building relationships with them, citizens in the UK, the Boaz Trust, grassroots initiatives in Iceland and New Zealand and connections in Northern Iraq. This is something we will of course focus on more as soon as the prototype is ready.

cafébabel: There's already Refugees Welcome in Germany and Austria, a site where people can offer their house to refugees. Is your project separate to theirs or can you work together?

Loewenthal: We are not working directly with them at the moment, but we are keen to collaborate with Refugees Welcome and other similar NGOs. Their model is different to MyRefuge in terms of how they manually facilitate introductions whereas MyRefuge would allow refugee seekers to directly connect with refuge providers.

However, we want to integrate NGOs into the system so that they can provide the kind of support that Refugees Welcome models will be expert in to refuge seekers and refuge providers who are forming relationships. In the end, we believe working together to address this colossal challenge and dire humanitarian situation can only result in better outcomes for everyone involved.

cafébabel: Do you think that initiatives like yours will solve the refugee crisis or do we need a bigger political solution?

Loewenthal: There are definitely bigger political solutions that are needed, decisions that need to be made at a government level. But I believe that governments can only make decisions based on the resources they believe are available to them. MyRefuge provides factual evidence of two resources: the electoral will for accepting refugees and also the resource of places where refugees can live.

cafébabel: Don’t you think that it is the job of the government to find a refuge for refugees? Why involve civil society?

We are human beings and we have empathy, and it is our responsibility to take care of our fellows in times of need – or history will be a witness. By showing kindness, we also ensure that those we help can play a positive role and contribute to the world socially, economically and politically in a constructive way.

MyRefugee is currently building its prototype for a website.