My letter to Jean-Claude Juncker

The moment I get off my bike in front of the luxurious Salons Hoche conference rooms in the heart of Paris, I realise that I’m not going to fit into your world. It's a pity, because I would’ve loved to ask you, the President of the European Commission, some personal questions about Europe.

The doormen at the grandiose venue in Paris's 8th arrondissement scrutinise me sceptically as I struggle to get out of my raincoat. I step into the foyer of the conference rooms, passing flower arrangements as tall as I am. This is where, later today, you are scheduled to deliver your speech on the future of Europe. I’ve been invited as a journalist working for the magazine cafébabel. With a forced smile, the lady in the cloakroom eventually accepts my drenched anorak and helmet and I’m allowed to participate in your conference.

I enter a golden hall with a 50-foot high ceiling and am not only blinded by the light of the massive crystal chandeliers, but also by the shining bald heads of the men in suits dominating every row of chairs. The organisers of the event, the Robert-Schuman Foundation and the investment consultant Financier de la Cité seem to have been a tad late sending out invitations to young, European women. 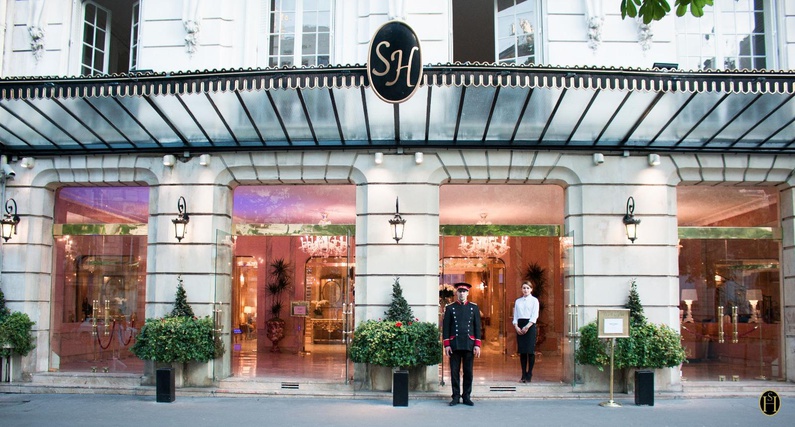 I summon up all of my courage and make my way into the room. I catch sight of my reflection in one of several impressive mirrors. In the midst of all the blue-grey pinstripes I seem a displaced splash of colour. I sit down between two middle-aged men in the third row. A few seconds later I regret my decision, as my "Bonjour" dissolves into a coughing fit due to inhaling the equivalent of two bottles of aftershave. I ask my neighbour whether or not he's also a journalist: "No, I’m a banker," he replies, "but are we all not simply human beings?" Now it’s my turn to put on a forced smile.

I try to concentrate. Ultimately, I'm here today to listen to you speak about how to manage a continent turning further and further to the right. "The Last Chance Commission," is what you call your team, and our continent "a Europe in a polycrisis". If you, as president of the crisis committee, are taking the time to come from Brussels to Paris for a single day, then it must be because you really want to listen and respond to our problems.

Over the next 90 minutes, my initial scepticism is unfortunately confirmed. This feeling begins to creep in when I realise that you aren't going to answer any questions directly, instead only responding to those sent to you beforehand. Terrorism, the Euro Zone, Brexit, the migrant crisis… each big subject is allotted exactly one question. As always, you respond competently and with political far-sightedness.

But do you not understand that you're currently talking about "new political humanism" and "the protection of social values" with people who, after your speech, will complain about the "incoherence of European financial investment regulation" whilst sipping champagne and wolfing down salmon hors d’oeuvres?

As a journalist writing for a young European readership, my ears perk up when you speak about the fight against wage dumping and supporting young start-ups. More than 100 billion euros have already been invested in the European economy thanks to the "Juncker Plan". You underline that "the plan is working" – so why do my friends and I, after five years of higher education, still have little more than the vague hope of finding at the very least a paid internship, having given up on an actual job long ago.

Europe is in a crisis, that much is true. The European Commission has made many positive suggestions for improvement – also true. But Member States are hesitant to work together to achieve these goals. You can't control the extent to which European countries are willing to follow your supranational coordination. What is in your hands, however, is the freedom to decide who. you, as President of the Commission, owe explanations to in this "polycrisis".

Therefore, my question to you, Jean-Claude, is: How do you imagine our Europe in five years time? Do you sometimes have nightmares, just like we do?