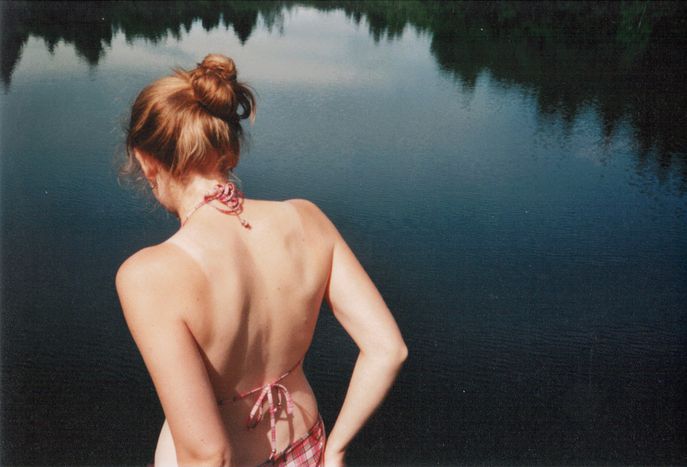 My Heart's My Home and Identity is My House

I'm German like a Valkyrie at Oktoberfest holding a bratwurst and beer stein. At least on paper. For centuries, my family has been living on this small patch of the earth, somewhere in the middle of Germany. Those are my roots. Period. Period? 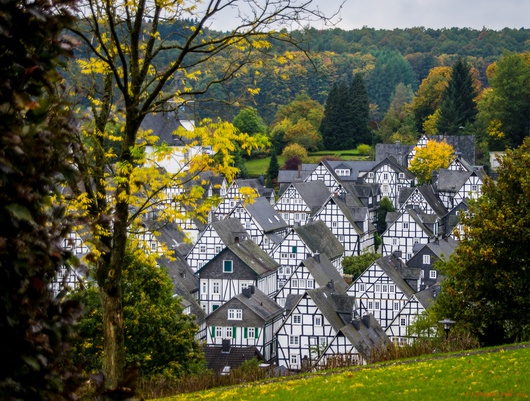 It's a region with a surface area barely larger than New York. We're surrounded only by forests, and the occasional village nestled between fields. This is my home. We've always lived in Siegerland. I've been living there off and on for the past 27 years. The people there are considered to be withdrawn and morose, considered to not know how to have fun. We call it our way of being loyal; if ever you happen to befriend one of us, then it'll be a never-ending friendship. And regarding our humour, it's simply dry. That's just the way it is. I like to say that I'm not a typical Siegerlander. My parents are too unorganised to not be considered cosmopolitan hippies. Ever since I've been able to think, I've felt different from the people in my region. I've never felt rooted in my hometown. I don't belong there. And to top it off, I've never really felt German. Maybe European? No, that's too big, too abstract. Even if you can apparently read the features of an entire European Union on my face.

Tell me, where do you really come from?

They ask: "Tell me, where do you come from?" That's how I meet people. The rest looks like this:

"Tell me, where do you come from?"

"No, I mean really. Where do you actually come from?"

I don't understand this. Then, people usually become annoyed. Or they lose it. Like the one time with the German Turk who wouldn't at all believe me that I'm not Greek, but who told me after a fifteen-minute-long heated discussion that I'd pass just fine as a Greek. Or, they consider it coquetry, like the Italian with the tight pants who recently told me that as an Italian he really likes my French style. O là là, he must have seen that I have got French roots, because of course no German in their right mind would dress that way. Oh stop playing games, oh stop it. Come on. Aha.

Is it really always just about looks?

Dark eyes, dark hair, brown skin. That's enough to prove that you come from an international background. And that's actually pretty shitty. If anything it only shows how strongly people still have stereotypes lodged in their heads, shows how much identity is still manifested through appearances. Sure, identity is also formed through affiliations with specific groups. But does it really have to be through appearances? Does it have to be through a nation? Can't an identity be created simply through the people that we feel most connected to? Friends, family, colleagues? Regardless of where they come from?

I don't believe that the places in which we find ourselves influence us first and foremost, but rather it's the people who touch and influence us. I've made many international friends in the places I've been, such as Finland, Israel and France; all of them are different, and I've learned a lot from them. Above all, I learned about myself. And that only through conversations about serious topics, not through conversations about stereotypes.

I often think that the whole discussion of identity is simply a brilliant topic for small talk, and that's annoying, because small talk's annoying. What it translates to is that we don't actually discuss things because we want to learn something new or get to know each other, not because we actually want to understand the other person; it translates to talking for the sake of talking. "Haha, yea, being British you must think and act in such and such a way", and then goodbye. I believe that the Euro generation is an urban myth that serves the purpose of giving a home — Europe — to people like us who don't feel at home anywhere, because otherwise we'd have to accept the fact that we can't directly identify others and ourselves with a specific place — and that wouldn't be so easy. We'd have to then keep the drawers closed, rather than simply switching out the dresser. That would be candour and openness.

Home's where your friends are

The thing is, the more I travel and the farther away from home I am, and the more I meet new people, the more I come back to my roots, there in the forest in the middle of Germany. 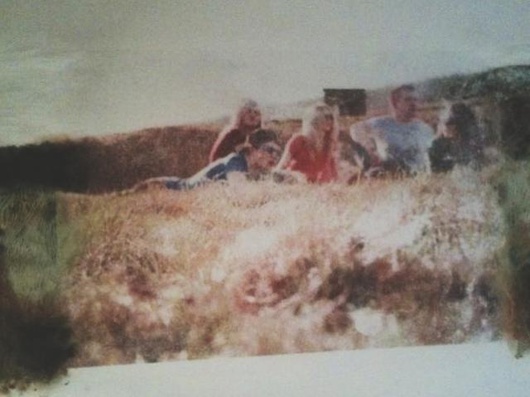 I come back to my family, to my childhood in the provinces where I could spend days building and demolishing the same dam over and over in the creek behind our house. Home. But that surely has something specific to do with the region. It has also to do with my family, with the people that I met. My childhood parallels more so that of my Finnish friend, more so that of my friend from some Irsraeli kibbutz near Tel Aviv than those of big city brats from Berlin, and this because they grew up in similar families, because they're also candid and open. Home is where your heart is. It's a feeling that you carry inside of you. Identity is where your heart is. Identity is where your people are, not your region, your country or your continent. That's what counts.