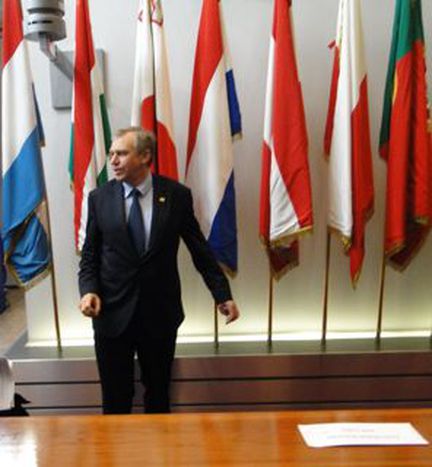 Must be the traffic

By Rose Kelleher Does it mean anything that (German) Angela Merkel was one of the first leaders to arrive this morning at the EC summit in Brussels? Or that (Italian) Silvio Berlusconi arrived about two hours late? The EU's leaders were given a warm circus-like welcome today.

None seemed to mind that their timetable suffered a readjustment to allow Zapatero time to finish off the bull, to allow Rutte to tie his bicycle to a tree and to give Brian Cowen time to have a pint. Berlusconi did his best Whitney Houston impression by arriving ridiculously late and leaving everyone wondering if he would arrive at all, while punctual Merkel probably sat in a huge meeting hall, twiddling her thumbs and occasionally checking her watch. 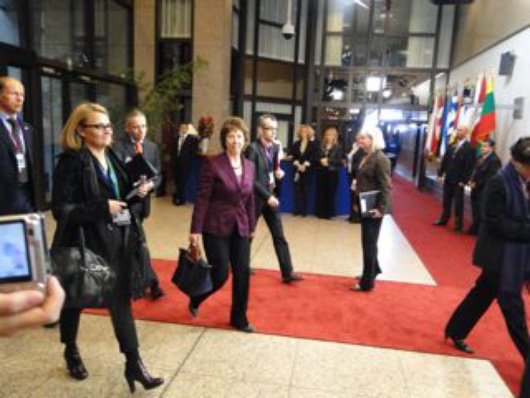 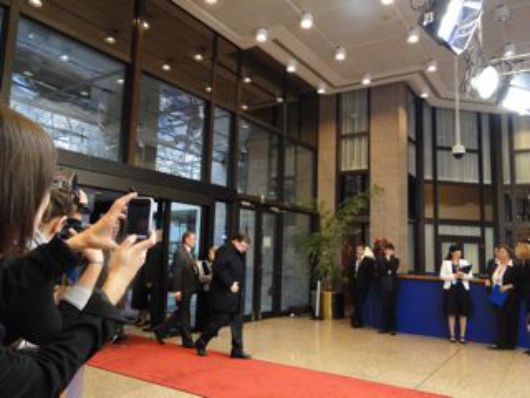 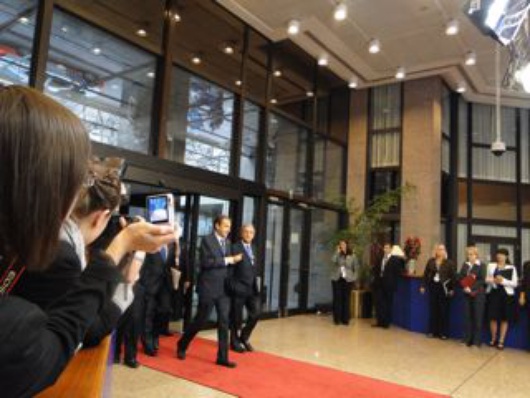 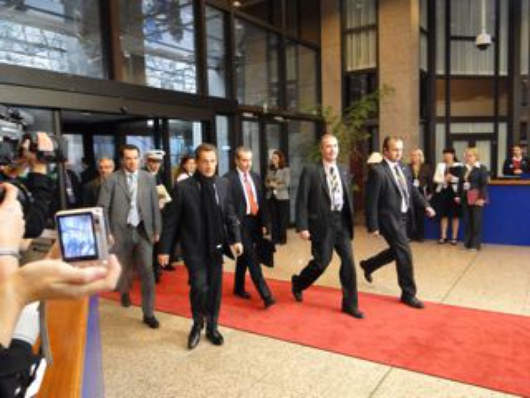