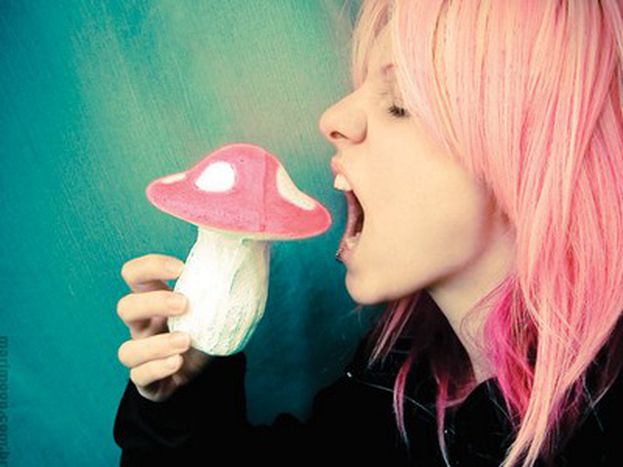 The beneficial properties of mushrooms are renowned: springing up out of the ground from nothing, they are one of the first foods eaten by human beings. What is perhaps less well known is that it may well be the mushroom which was responsible for the birth of the human species

The fruit of knowledge, which transformed Adam and Eve from immortal demigods to common ancestors of the human species, may not have been an apple. According to some anthropological and ethnobotanical studies, the forbidden fruit was in fact a mushroom. As evidence there is the fresco, dating from 1200, of the Chapel of Plaincourault, a site in Indre in central France. Here the tree of knowledge bears a striking resemblance to a mushroom, probably an Amanita Muscaria. The mushroom of discord? A hallucinogen.

All the evidence agrees with anthropological research which traces the development of the sense of the sacred, and therefore the birth of religion, to the use of a hallucinogen, which is often a mushroom (the Mexican Psilocybe; the Amanita Muscaria of the Hyperboreans, ancestors of the Europeans; the Soma of the Veda Indians; the Ergot of the Mysteries of Eleusis; the Boletus of the Kuma). Also closely linked to the spiritual-religious role of mushrooms is their curative power. Indeed, used since the dawn of time, medicinal mushrooms possess antibacterial properties, stimulate the immune system, and help prevent tumors. They also control cholesterol, blood pressure and glucose levels. Some of these mushrooms, primarily shiitake and maitake, can easily be found in health food shops. And you can add them to soups. 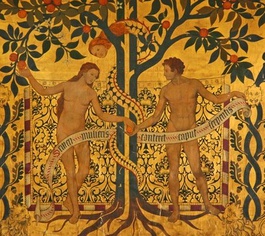 The mushroom therefore is very worthy of its place in Eden. And probably all Europeans can agree on this, given that mushrooms are a common food on many of our tables. You only have to think about the traditional English steak and mushroom pie, Hungarian Ràntott Gomba, Italian risotto ai porcini and the Spanish champiñones al ajillo, to name a few...

On this point the choice made by the Smurfs to live inside mushrooms becomes very clear, or the choice of Timothy Lear, the American writer and psychologist who supported the use of psychedelic drugs; two hours before his death he was eating magic mushrooms. 'Beautiful' would have been his last world. 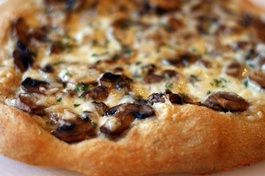