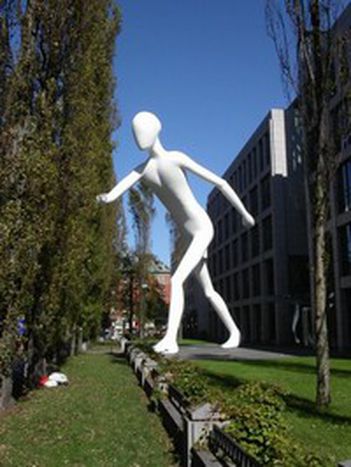 The Bavarian capital is a truly unique place to live. It offers the best beer, a huge park right in the heart of the city and, unfortunately, the highest prices in all of Germany.

Beer, luxury and kitsch – these three words are perhaps those which best characterise the capital of Bavaria. The wealth of the people of Munich is clearly displayed and can be felt with every step that is taken along the city’s immaculately tidy streets. The sparkling shop windows proudly display the most expensive and exclusive branded goods; on the roads drive ostentatious and luxurious cars, such as Bentleys or Rolls-Royces. All this affluence is also reflected in the prices for everything from a café latte on a terrace to supper in a restaurant; from cinema tickets and nightclub entrance to rent, which is certainly the highest in the whole of Germany. For over 40 years Bavaria has been ruled by the conservative Christian Social Union (CSU), which, thanks to its tough policing policy, has led to the city having one significant plus-side: it is also Germany’s safest city. But be warned, if you walk late at night to the bus stop with a rucksack, you could well be stopped by a police patrol to have your bag thoroughly searched.

Nudists in the Park

Living in Munich is enjoyable, but at first sight visitors usually shudder. Wide, long roads and simple facades to the buildings; the impression of space means that the first few weeks in Munich are usually accompanied by getting lost - not many cities can offer almost 4 km2 of parkland at their heart. The so-called Englische Garten was created at the behest of Arch Duke Carl Theodor in 1789 and today offers 78 km in all of paths along which to meander. He would have been surprised that, 200 years later, dozens of nudists bask in the sun on the nudist-field by the Eiskanal (Ice Canal) in his park. All this is not far from the Staatskanzlei, the seat of the federal state’s government.

The people of Munich are small town folk: happy, self-content and polite, but reserved and suspicious towards “non-locals”. They are proud of Bavaria and their way of life. They carefully tend to and nurture their Bavarian customs; the deep Bavarian dialect can often be heard and many would prefer to restore the kingdom of Wittelsbach, the dynasty which ruled Bavaria for centuries. Heir to the throne, Prince Leopold of Bavaria (affectionately nicknamed “Poldi”), a descendent of the legendary fairy-tale king Ludwig II, enjoys widespread popularity – even if the last Bavarian king was forced to abdicate in 1918. “First and foremost I feel myself to be a Bavarian, then a European and last of all a German. What of Germany, we live in Bavaria!” says Stefan, a genuine “Munich-ian” through and through, complete with beer belly. Many people from Munich shy away from getting to know new people and they avoid talking to non-natives entirely if possible.

Munich is generally quite a sleepy town but in the two weeks leading up to the first Sunday in October the city fills up with beer fans from all over the world. The first Oktoberfest was celebrated in 1810 to honour the marriage of Prince Ludwig I to Princess Therese. Nowadays it offers a peculiar sort of entertainment for some 6 million visitors who, during the course of the 2 weeks, consume 30% of the annual production of the Munich breweries. 70% of the visitors come from Bavaria, the rest is made up of visitors from all over the world, magically drawn by the Munich beer.

Even northern Germans find Bavarian difficult to understand but, if you ask, most people will offer a German or English translation of their dialect.

The most important universities are the Ludwig-Maxilimians-Universität (LMU) and the Technische Universität (TUM).

The Hofbräuhaus, which has legendary status and many a song sung about it, is principally a tourist attraction but somehow remains an icon of the Bavarian way of life – especially during the election campaign when politicians hold speeches here.

Going clubbing before midnight – you will be on your own!

It’s best to check out the notice boards at the Unis for what’s on offer.