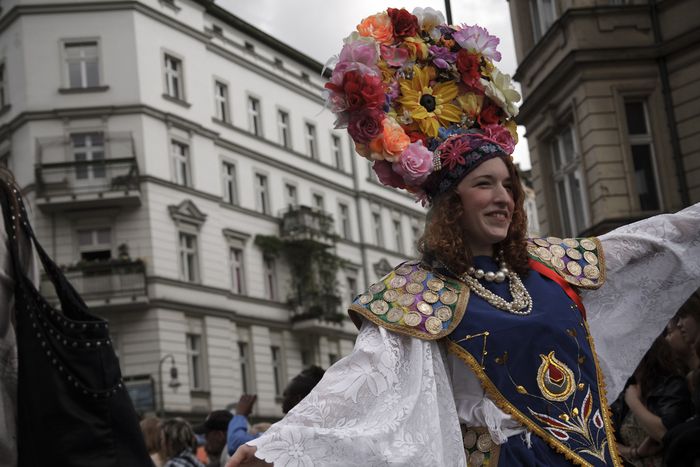 Frequently described as a party of right-wing populists with a penchant for teaming up with some of the EU’s most undesirable political parties, Lithuania’s Order and Justice party is demonstrating to the world that multicultural populism doesn’t have to be an oxymoron.

In July 2014, Rolandas Paksas made an important decision: to stay the course and stick by a long-time ally. With conservative coalitions in Brussels dividing into a surfeit of sundry factions, the leader of Lithuania’s Order and Justice Party penned a letter to his friend in Britain, Nigel Farage — leader of the United Kingdom Independence Party (UKIP), a right-wing bunch with a reputation for its disparaging remarks about immigrants —, assuring him that he had no intention of abandoning the Europe of Freedom and Democracy (EFD) group to which they both belonged. 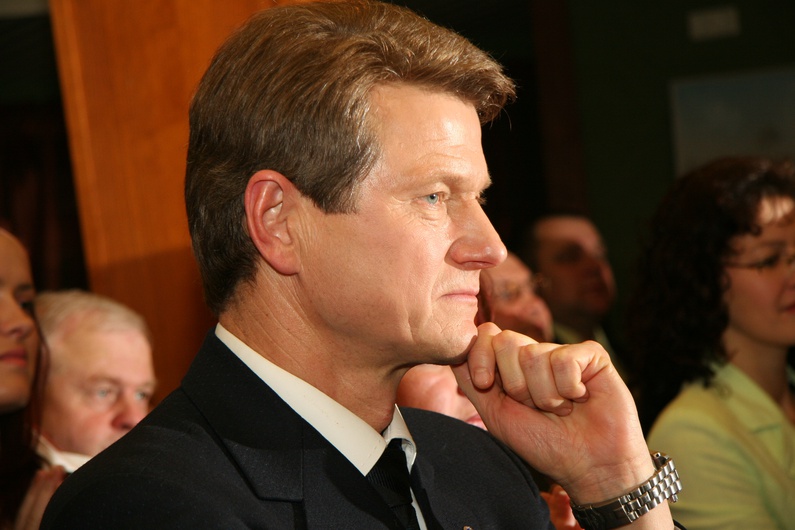 EFD, a right-wing, eurosceptic group in the European parliament, was facing difficult times. As France’s Front National (FN), led by Marine Le Pen, attempted to form its own group together with parties from the Netherlands and Italy, many members of the EFD seemed poised to jump ship. Paksas, on the other hand, remained steadfast in his commitment to the euroscepticism and right-wing populism that the EFD was famous for.

The unwavering alliance between UKIP and Order and Justice is far from surprising. Both are known for a particular style of populism closely knit with conservative social values that leaves a bitter taste in the mouth of most left-leaning observers. Both pledge allegiance to the lofty, if imprecise, Holy Grail of national interests and both uphold traditional family values as a hallmark of their policy.

What many find abhorrent, however, is the rampant xenophobia and hatred for all things foreign that UKIP and many of its previous partners in the EFD seem to embody. In this regard, Order and Justice stands out from the pack. 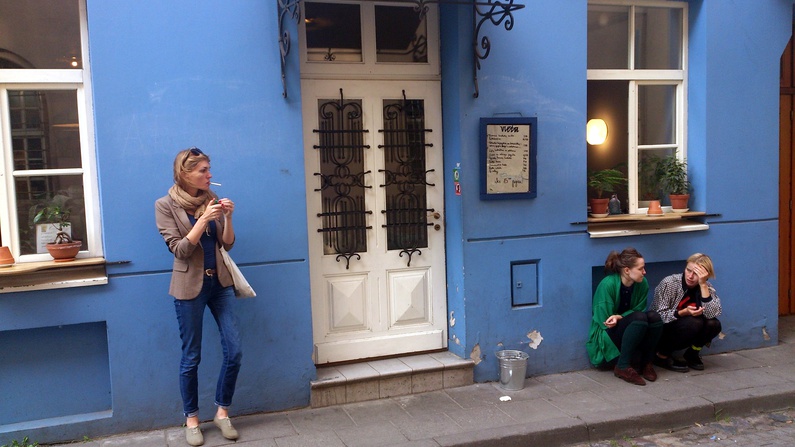 On a cool September afternoon, I sit across from Paulius Paulionis Pirmininkas in a Vilnius café, situated on one of the many narrow, cobblestone streets that wind around Lithuania’s capital. Pirmininkas is the 31-year-old leader of the Order and Justice youth league and an employee in the Ministry of Justice. Wearing a smart suit and a serious expression, he looks every bit the conservative politician one would imagine. But his words surprise me.

“Lithuania has been a multicultural state since the beginning,” he explains. “The Grand Duchy of Lithuania, which flourished from the 12th until the 18th century, was a multi-ethnic territory whose diversity of religion and culture was celebrated. We Lithuanians have never discriminated against ethnic minorities.”

While some are sceptical of the veracity of Order and Justice’s proclaimed tolerance, the facts on the ground seem to support these statements. The typical characteristics of right-wing populist parties, discrimination against ethnic minorities and complaints about immigration, are impossible to find in official party documents.

Critics conclude that this is solely because Lithuania lacks the influx of immigrants that other European countries enjoy. Only around 2,000-2,500 foreigners immigrate to Lithuania each year, and most arrivals are from neighbouring countries such as Russia, Belarus, Poland and Ukraine. Data from the Institute for Ethnic Studies demonstrates that Lithuanians feel far more comfortable living and interacting with ethnic Russians and Poles than they would with other minorities, such as Roma or immigrants from less-developed, non-EU countries. 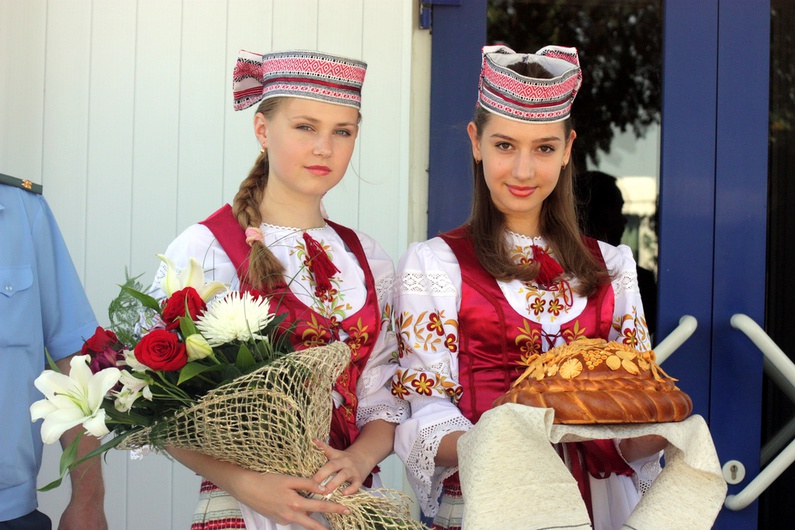 But despite speculation over how Order and Justice would react to the sudden appearance of foreigners hailing from far beyond its closest neighbours, for the time being there is nothing to suggest that the party’s brand of populism depends on the exclusion of any real or imagined 'other'. In fact, the rights of ethnic minorities, specifically ethnic Russians and Poles, are clearly a fundamental part of the party’s platform.

Nina Sesternikova, an ethnic Russian who moved to Lithuania in the 1970s, speaks passionately about the many intercultural activities the party organises. Leading its Committee for the Integration of Ethnic Minorities, she excitedly shows me a stack of brochures from a variety of party sponsored cultural events. If Sesternikova and her pamphlets are to be believed, multicultural celebrations crammed with folk song singing children fluent in a multiplicity of languages are practically a weekly occurrence for members of Order and Justice.

What Order and Justice lacks in xenophobia, however, it provides in rhetoric that renders it similar to other right-wing populists. A strong anti-establishment sentiment that positions the country’s so-called 'elites' against the allegedly homogenous 'people', a love for the party’s leader that almost resembles the personality cults of communism’s heyday and an emphasis on the identity of the nation are all staples of Order and Justice’s speeches and political agitation.

The Multilingual Citizens of Lithuania 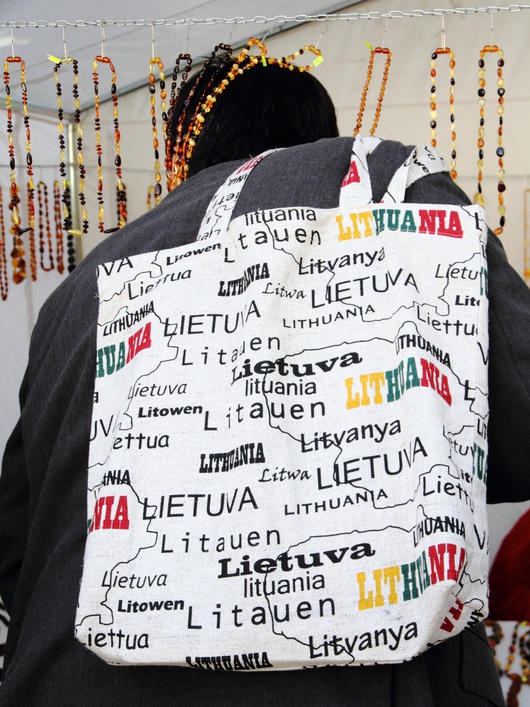 Despite this, Sesternikova stresses that concepts of national identity in Lithuania focus on feelings of citizenship and do not exclude ethnic minorities. In fact, Paksas’s brand of populism seems to thrive off of the devotion of ethnic Russians like Sesternikova and her singing squad of youngsters. In Vilnius, for example, where between 30-45% of the population is not ethnic Lithuanian, Order and Justice even manages to steal votes from the coalition of Russians and Poles, one of the party’s previous partners in Parliament. According to Vytautas Vasilenko, chairman of the branch of Order and Justice based in Kaunas, Russian and Polish can be heard spoken as often as Lithuanian in most party meetings. Sitting under an enormous framed photograph of Rolandas Paksas, Vasilenko nonchalantly chats about his Ukrainian wife and his country’s history of multiculturalism.

Meanwhile, back in Brussels, Le Pen’s failure to form the coalition of her dreams allowed the Europe of Freedom and Direct Democracy, the EFD’s successor, to secure its position as one of the most important right leaning groups in town. While many spectators still shudder at the prospect of parties like UKIP obtaining seats in the EU Parliament, Order and Justice’s rank and file is living proof that populism can in fact go hand in hand with some form of multiculturalism. Or, at least it can in Lithuania.

THIS AR­TICLE IS PART OF A SPECIAL ISSUE DEDICATED TO KAUNAS AND IS PART OF THE EU-IN-MO­TION PROJECT INITIATED BY CA­FÉ­BA­BEL WITH THE SUPPORT OF THE EUROPEAN PARLIAMENT AND THE HIP­PO­CRÈNE FOUNDATION.