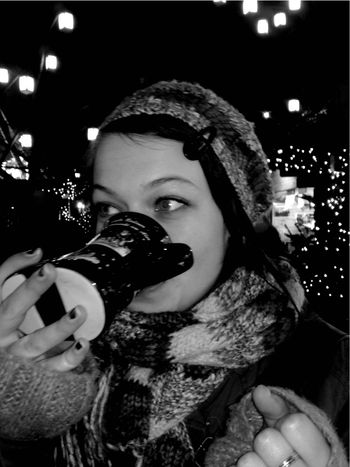 Sugarloaves, Swedish punch and grog: how Europe drinks to stay warm in the chilly run up to christmas

A cold shiver would probably run down the spines of the south Europeans if they were forced to heat up Bordeaux, Rioja and Co. or replace them with other warmed spirits on frosty winter days. But there’s no need to worry: the tradition of Glühwein,mulled wine or vin chaud ('warm wine'), as the French tend to call the pleasant christmas drink, has only been able to set in in the more northern regions of the old continent, where nowadays people willingly spend time at the draughty christmas markets in order to press frozen hands against the warm Glühwein mug and to inhale the aroma of advent. 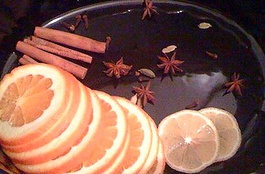 But the north-south Europe theory doesn’t quite work when it comes to Glühwein. Despite all their honour for Bacchus, the old Romans also poured in honey, pepper, laurel and saffron into their magic drink Conditium Paradoxum, which is now officially known as the precurser of Glühwein. According to the recipe, only slices of orange, cinnamon sticks, vanilla pods and cloves can actually be put in the German Glühwein. But this wouldn’t be Europe if we were all to do things the same way. And so in Poland honey is added to the drink grzaniec, which is loosely based on the Romans’ drink, while the Scandinavians spice up their glögg (Danish, Swedish, Norwegian: gløgg, Finnish: glögi) with a good swig of corn or vodka.

This Swedish punch on the other hand goes back to the tradition of punch in old India. It was the Englishmen from the British East Indian company who in the seventeenth century shipped in the Hindu-mix of arrack (sugar cane schnapps), sugar, lemon, tea, spices and water to Great Britain, it as quick as lightening turned into the fancy drink of the Tories. Even Mozart knew to value this fine English drink: 'Punch and a pipe of tobacco is the element of England,' he wrote to his friend Hagenauer. If the English ships lacked Indian ingredients, then a grog remedy could be made freely following the motto rum must, sugar may, water can (spoil everything), because the daily ration of rum was part of the standard provisions of the royal navy.

The falsely named Feuerzangenbowle, an explosive Christmas cocktail from Germany, is also strictly speaking a punch. The name gives it away: to make real Feuerzangenbowle you need to be well equipped with fire tongs, a sugar loaf, a cauldron and some hard liquor. And as that isn’t complicated enough it is enough to say that Feuerzangenbowle goes back to the juniper berry schnapps of a liquor factory in Danzig with the melodious name Krambambuli. Because of similar colouring and – surely – low addition ability both terms were used synonymously in student circles in the nineteenth century. The student tradition has stuck to this day and received cult status particularly because of the filming of Hans Spoerl’s student novel Die Feuerzangenbowle ('The Punch Bowl', 1944) with actor Heinz Rühmann. Even today the film is traditionally broadcast in the run up to Christmas and students meet in lecture halls to celebrate the event with sparklers, alarm clocks and a drink from test tubes.

2 L of red wine (table wine, not too strong)

Cut half of the orange in to slices, and cut out the lemon peel in the form of a spiral.

Press out the juice from the rest of the fruit.

Heat up the red wine in a pot. Add the fruit juice and the spices.

Place the fire tong over the pot, lay the sugar loaf on it and soak it with rum.

Using a match light a little rum in a ladle and pour it over the sugar loaf.

Gradually light the rest of the rum and use the ladle to pour it over the sugar loaf until the loaf has meltedentirely.