Two journalists of Moroccan and Iranian origins  refugees and guests at the Maison des Journalistes, tell us about the process that led them to Paris. We heard their testimonies about the life they lived in their country and today in France, on the eve of the Presidential election.

The Maison Des Journalistes (MDJ)’s offices are still closed in the morning, before ten o’ clock. We call Hicham Mansouri to go in. Hicham Mansouri  is a Moroccan investigative reporter who’s lived at the MDJ for a few months, waiting for the recognition of refugee status. We also have a date with Hassanein Neamah, a young Iranian director and journalist  who’s been  at the MDJ for eight months but he was already arrived in France in 2015, a week after the attack at the Bataclan. We’ve agreed to meet in their temporary home, a place of refuge with 14 available rooms (always full). This place is a shelter for that journalists who are forced to leave their country because of threats or much more serious intimidations due to their job and also because they’re “annoying people” to their country’s current administration.

Hicham shows us MDJ’s common spaces: the kitchen, the room that will become a living room with sofas and a television, the library-study room where we set for the interview. We’re in the underground, in spaces obtained from an old factory now improved. The place is comfortable, even if we didn’t find signs and not even a house number outside the door. That’s the distinctive mark of a place that wants to remain discreet as far as possible.

Discreet place of course, but it’s the symbol of french hospitality. We ask the two reporters to express their idea on the country that hosted them. Hassanein avoids to give his opinion, considering that he hasn’t yet got a real idea due to his language difficulties. Instead Hicham has no doubts: “I think that an ideal country doesn’t exist, problems are everywhere. But here in France I feel good because I fully agree with the values: freedom, living at your pace. I think that  in terms of professional life there’s more equality and less cronyism than that existing in Morocco”.

Hicham has a long experience as a journalist in Morocco. His problems began in 2009, when he started working for the Association Marocaine pour le Journalisme d’Investigation (AMJI) an association that had managed to open 14 antennas in as many cities and in no time, aiming to train journalists and to promote investigative journalism. Among the themes treated by AMJI’s attendees, attracting the repressive gaze of the monarchy, we find an investigative report on the royal house’s mines and on their environmental impact. Instead, among the investigative practices considered “dangerous”, we find the use of a smartphone app called Story maker that allows you to film and to send immediately the recorded file on a server so that you can save the recording in the event that your mobile phone get confiscated.

“It took two years to be recognized as association- tells us Hicham- because investigative journalism is “scary” and because authorities lack of that culture that would help them to understand what it’s about. They didn’t understand even what we did. For example, sometimes they told us that police should make inquiries and not a journalist…”.

If Hicham is a journalist passionate about his work instead we soon notice that Hasanein seems to be annoyed when we talk to him calling him journalist: “The culture of journalism does not exist in Iraq.If you have the card as journalist it means that you’re not a journalist for real. The government gives the cards”. Hicham tells us about a conference that they attended a few days ago where Mediapart’s journalists participated and there was a talk about journalism censorship in France: “But you can talk about it. That’s the charm of a democracy. We’re lucky to be here and considering what I’ve been through I relativize”.

Both Hicham and Hassanein agree on this. They come from so complicated worlds and situations that France is actually the best of all worlds to them but without naivety. Both imagine themselves in a future job agreeing on the fact that working in France won’t be easy, also for the language difficulties, but they’re conscious that they can bring added value by giving their original point of view or  being able to talk different languages.

“Lastly-he continues- on the 17th of  March 2015, while I was leading an enquiry on the electronic supervision, 10 policemen burst into my house , they made me get naked and filmed me with a friend who reached me just five minutes earlier.After this I was charged with the management of a prostitution club and with adultery.I spent 10 months in jail”. Served the term of imprisonment , the day right after the release Hicham decided to leave his country, without money, leaving everything else behind. He went to Tunisia, Poland, and finally he arrived in France that he already knew and that he visited for business.

Hassanein listens to Hicham’s story and when we ask him if he finds himself in his colleague’s experience , he shakes forcefully his head. The Iranian says he’s part of the lucky ones because he was just threatened while some of his colleagues  “were killed directly”. The only fact that he went around Bagdad streets with a cameras put himself in a dangerous position and he was taken while he was finishing to film the last shoots of his short film. Although he’s very young, Hassanein has already won various awards for his works and one of hi short film was played at Cannes in 2014. We clearly notice that Hassanein’s dedication goes through the art of his films. He explains to us that although he hasn’t been allowed he’s trying to finish his short film that talks about journalist’s life in Iraq such as going out with friends, playing football, doing all the things that normal young guys would do but in a state of constant fear.

“ I’ll try to work on my film here in France,  but as a journalist in a narrow sense what can I do?  I would write for who and how? If there were people who read my articles…there are no will neither culture in Iraq”. This last rather negative Hassanein’s statement makes us think that he soesn’t want to come back to his country. He proves we’re wrong: “I’m sure that I’ll come back one day, but not now, I’m waiting for some changes. People, those not, they won’t change but government I hope it does”.Hassanein spends a lot of time trying to keep in contact with Iraq, trying to track down fresh news  and to realize if the situation can change and how. He tells us about his family, “a model of simple Islam”, or about one of his friend who still hides himself in Mosul, he’s a musician but he’s forced to hide it assuming the guise of an ardent islamic activist to avoid repercussions.

Hassanei and Hicham don’t seem to be concerned about the possible outcomes of presidential elections in France. Whatever is the outcome to Hassanein  there won’t be a radical change concerning their refugee status. Hicham is more practical and expalins that whoever will be elected to the Elysèe Palace won’t be able to implement a programme that goes against the values of the same country that has voted for him. “You can’t turn a democracy into a tyranny in five years” remarks, watching his colleague who confirms, smiling with a gesture of approval with the head. 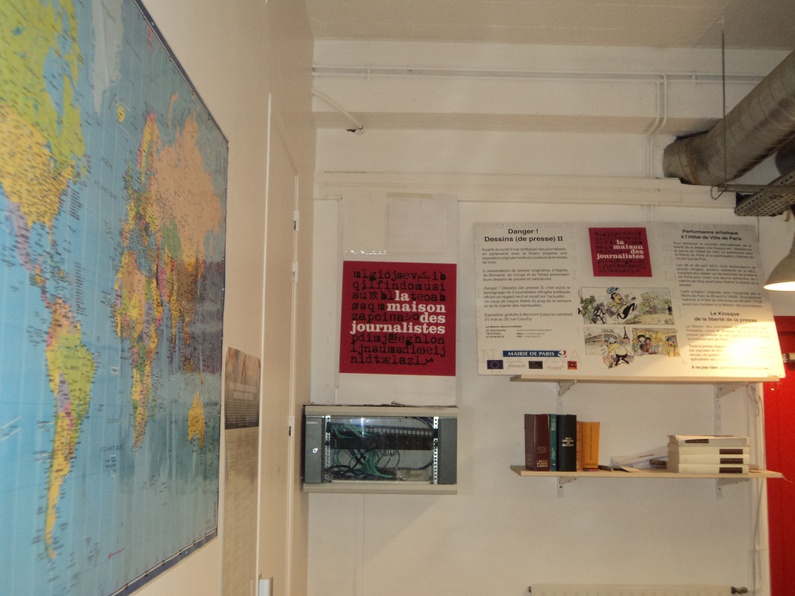 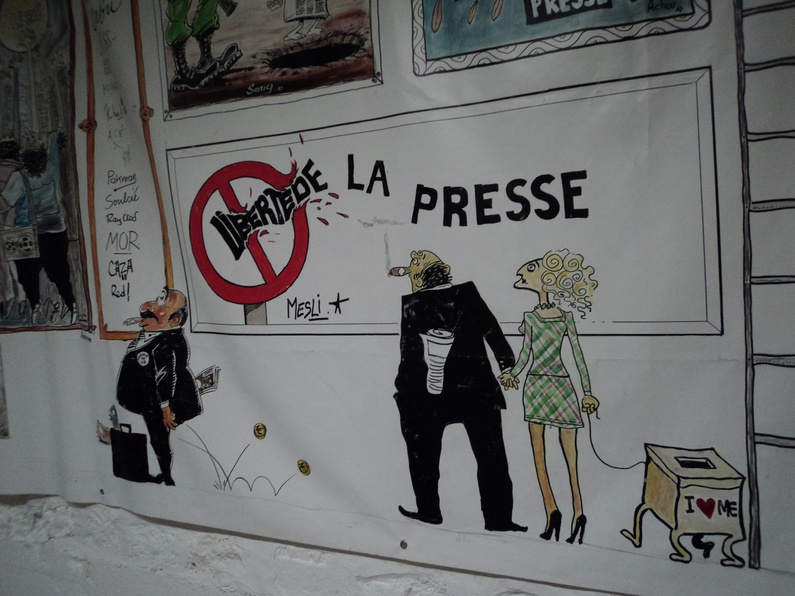 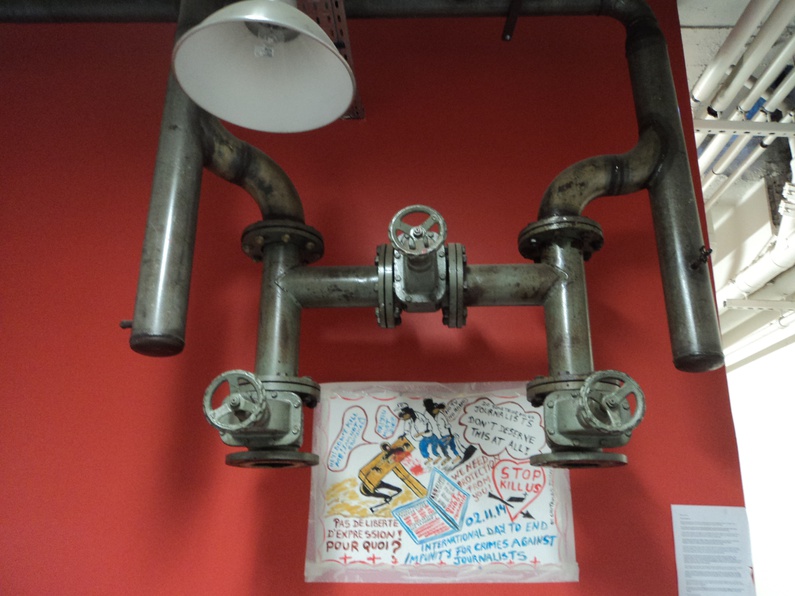 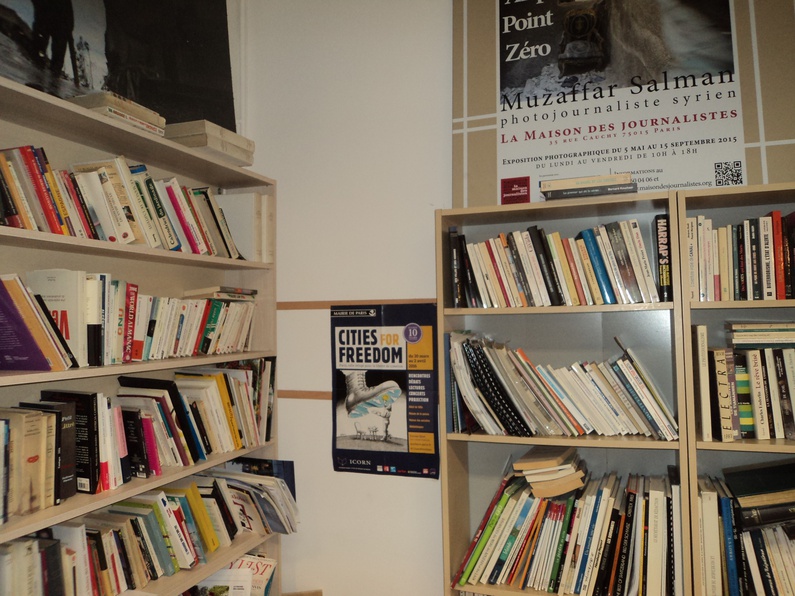 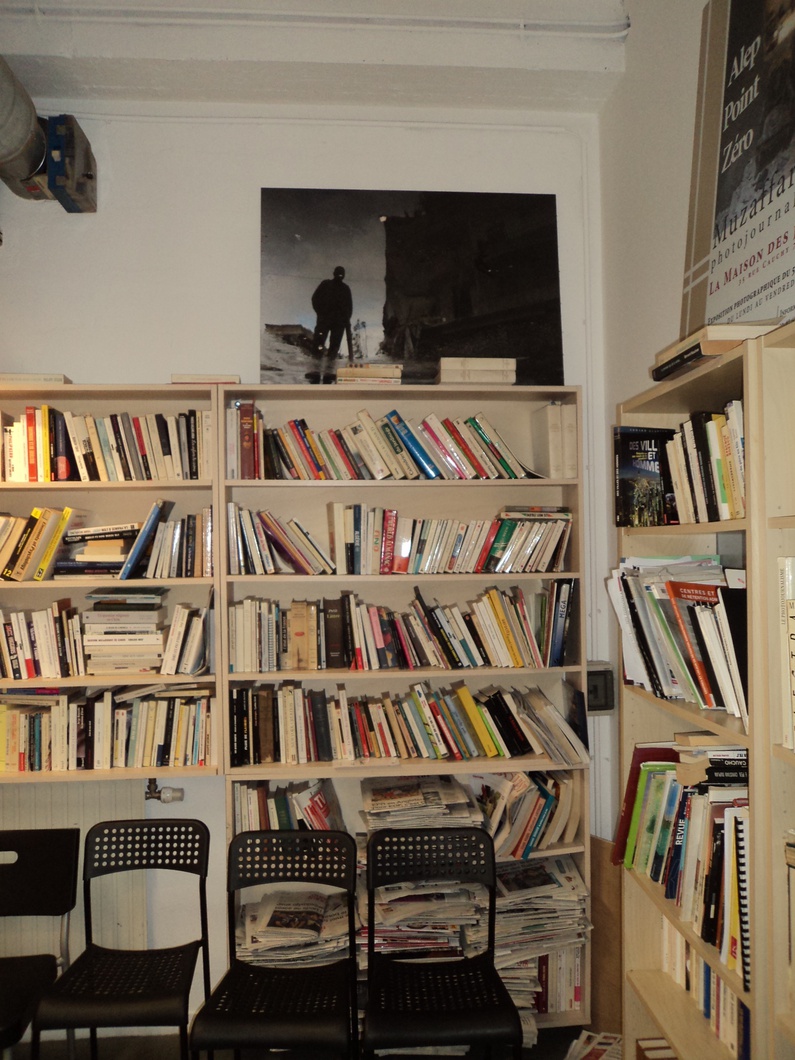