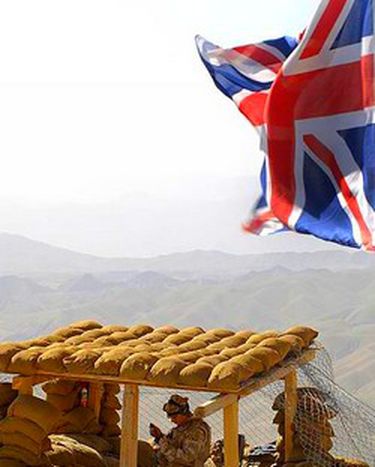 At the NATO summit from 2-4 April, France pledged 1000 troops, alongside promises from Italy and Poland. From Britain, 450 soldiers will join the 7, 700 UK troops in southern Afghanistan’s Helmand Province

The security situation in Helmand is fragile. The 13, 000 Canadian, American, and European troops have experienced the most intense fighting Al-Qaeda terrorists and their allies since the Korean War. NATO’s International Security Assistance Force (ISAF) mission, comprised of British and EU troops, is often described as a ‘police action’ to establish security, denying the Taliban and Al Qaeda the environment in which to operate.

Britain, Pakistan and drugs in Afghanistan

The criticism from the likes of the European left and Greens that this represents a traditional colonial land grab for territory is more likely the motives of certain Pakistani groups who have long desired to take over Afghanistan. After all, the Taliban was created by then-prime minister Benazir Bhutto’s interior minister Naseerullah Baber in 1993, providing Pakistan with a strategic hinterland for its military forces to hide from a possible Indian invasion. In 2006, Afghan president Hamid Karzai accused Pakistani groups of trying to turn his people into ‘slaves’ by equipping the Taliban.

Meanwhile, ISAF forces have a difficult enough situation fighting the terrorists than the insidious trade in narcotics. Afghanistan produces some 90% of the opium grown in the world. Seriously tackling the opium poppy farming problem would make enemies of the local drug lords with their well armed private armies. Also, about three million people - 12% of the Afghan population - work in the narcotics industry. For a farmer it is some ten times more profitable to grow opium than wheat. The Taliban went from doing everything in their power to stop production to behaving like the worst of local drug lords, forcing the farming communities to grow as much as possible and generate profits. 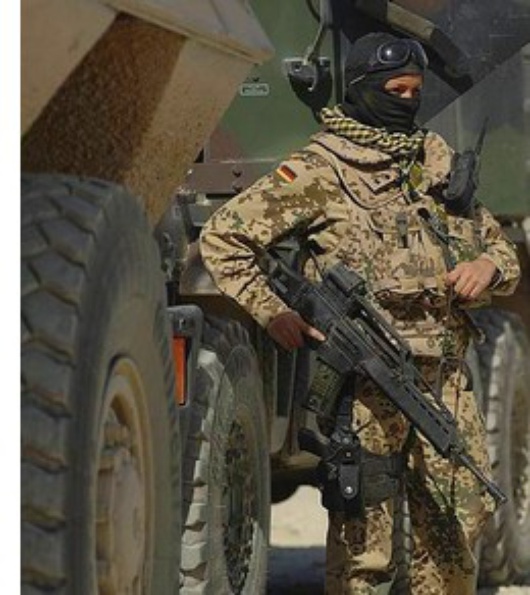 Al Qaeda and other extremist so-called Muslim groups may say that ISAF is in Afghanistan to destroy moderate Islam, but they are doing that themselves. Until 9/11, the west was largely indifferent to any potential Islamic threat, however insignificant. Instead, the primary role of ISAF and its British contingent is to provide the security that will enable Afghanistan to transform itself after thirty years of conflict into a stable, prosperous and democratic state, which can determine its own future without the undue influence of its neighbours.

ISAF provides stability for the Caspian Sea region to the north of Afghanistan, which contains the world’s largest untapped oil and gas resources. As much as 100 billion barrels of crude oil and 40% of the world’s global gas reserves can be found in Kazakhstan and Azerbaijan. Peace in Afghanistan would also mean an alternative route for the Caspian Region’s oil and gas exports to the rest of the world, through a projected pipe line network linking Pakistani ports via Afghanistan to the Caspian region. If such pipelines are built, Europe’s energy security would be improved, argues Lutz C. Kleveman, a German expert on the region. For too long the west has been dependent on unstable OPEC states, where radical Islamist groups have threatened to cut off supplies to non-Muslem countries, causing enormous economic damage to the West. It might explain why extremist groups in Saudi Arabia seem to be heavily involved in terrorists groups in other world oil and gas production regions. 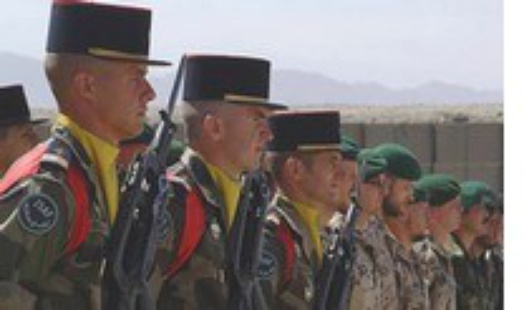 By being in Afghanistan, Europe is defending itself. Arguments demanding NATO forces should withdraw, as put forward by Germany’s left leader Gregor Gysi, are ‘putting at risk everything that we have built up in the last six years,’ as foreign minister Frank-Walter Steinmeier said recently.

Adopting an isolationist fortress Europe policy ‘cannot work,’ says former British general Sir Mike Jackson. The battle that we are having with Al-Qaeda is not like previous wars, primarily over possession of territory. Today, we are fighting to defend our values, democracy, the rule of law and our ancient civilization from Islamic extremist Imperialism. Recent arrests in Austria, Germany and Denmark of Al-Qaeda’s agents, confirm that we cannot simply defend Europe by hiding behind our frontiers.

Success will come from winning the battle of ideas at home in immigrant communities and abroad in the Middle East. Part of the problem is how Europe can turn round many of the failed states economies from which so many of the extremists have come. Europe’s leaders have learnt that tackling poverty is the most effective strategy in removing support for extremists. Though the essential component of ISAF policy is usually described as an ‘hearts and minds’ campaign rather than an occupation of territory, it is now generally accepted that this policy is only likely to be successful if it is accompanied by an overall increase in economic and financial prosperity and increase in living standards. No doubt, there will have to be further police actions elsewhere in the world, in order to defend Europe from future threats.