Moratinos: "2005 could be the year of reconciliation"

Miguel Ángel Moratinos, current Spanish Foreign Affairs Minister and previous EU Special Envoy for the Middle East, gives us his optimistic vision for the immediate future of the area 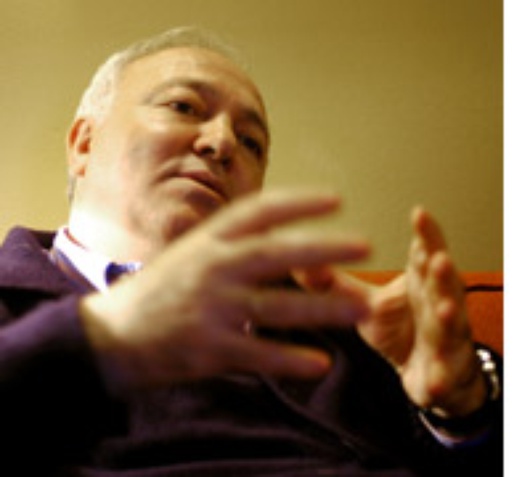 Before becoming the Spanish Foreign Affairs Minister in March 2003, Moratinos was the Council of the European Union’s Special Envoy for the Middle East Peace Process for seven years. This makes him quite possibly the most knowledgeable person in Europe regarding the conflict between Israel and Palestine. Relaxed, and with his habitual smile, he receives us in his Madrid home to convey the message that we should be “building bridges, and not creating walls”.

How much do you think the European people really know about the Arab world and the Israeli-Palestinian conflict?

We might think we know a lot, but we don’t truly understand. The multitude of information and images that we receive may make us feel close to the conflict, but we know very little about other aspects such as its origins, the opinions of each of the different parties involved and the lack of commitment to a resolution of the problem.

You’ve been a mediator in the Israel-Palestine conflict for years: is it as complicated as it appears?

It’s very complex. There have been decades of conflict between two opposing and confrontational societies, which include territorial, religious, social and political issues; endogenous and exogenous factors which interweave and complicate the situation.

Is Jerusalem the centre of the conflict?

Yes, or at least it’s one of them, but it’s not the only one. There is a great deal of bitterness over the issue and on this point the international community on its own cannot provide the answers. There are other core problems. As I’ve already said, there are a great number of keys needed to open the labyrinth that is the Near East.

Does the so-called “wall of shame” sound more to you like the exhaustion of ideas or Israeli entrenchment?

In Israel there is a worry over security that we need to understand. This is essential. But the question is not in fact the wall, but where it is built. If they had kept within the borders established in 1967 it would have better, and it would not have been the object of the negative report from the International Court of Justice at The Hague. Saying this, I think that in the 21st Century, our obligation, indeed our aim, should be to build bridges, and not create walls.

Is the conflict between Israel and Palestine a war or confrontations between different terrorist groups?

There is violence. In some case it is terrorist violence, and is therefore reprehensible. Then there is the presence of Israel in “the Territories”. It is important to focus on finding solutions within diplomacy and the negotiation tables, and not by means of military action.

Are we perhaps in the middle of a typical conflict in which violence generates more violence?

Yes, this is the vicious circle that it is so hard to escape from. Every terrorist act causes a reaction from Israel, and this infernal circle goes against the dynamics of negotiation. It is important to believe in these dynamics, in the same way that Yitzhak Rabin did when he stated the need to continue negotiating as though terrorism did not exist, and to fight against terror knowing that negotiations were taking place.

Is this a conflict about religion, economics or opposing sovereignties?

It is above all a political conflict, political with a capital “P”. The Oslo Agreements were the main hope, but they did not include the religious dimension. At the same time, the Camp David Agreements failed when they brought up the question of Jerusalem. And as I said before, Jerusalem is not the only core issue. There is also a territorial aspect: in the Taba Negotiations, of which I was a part, the proposals were a consensus, creative, imaginative… proof that these issues can be resolved. However, nothing can ever be achieved unless an independent, sovereign and economically viable Palestinian State is established, and unless the security demands of Israel can be guaranteed. It is like a game of Russian Dolls, whereby every time that you open one, you find another until you reach the centre of the problem.

Palestine is economically dependent on Israel: do you foresee any mechanisms for changing this in the so-called “roadmap”?

Palestine needs full sovereignty over its natural resources – especially its territorial waters. It also needs to be able to develop its agricultural production and export capacities. Sixty percent of the Palestinian budget comes from international aid (of which 50% is Community aid) and from trade with Israel. I believe that in the end, the solution will be similar to a Benelux made up of Jordan, Egypt, Israel and Palestine. It will be the type of free exchange zone which has already been seen in the example of the EU in the Barcelona Process. It should not be overlooked that when the borders are closed, the Israeli exporters will be the ones who suffer the most.

Does the next NPA (National Palestinian Authority) representative have any room for manoeuvre between groups like Hamás and Hezbolá and the Sharon Government in order to not be seen as a protector of terrorists nor a traitor of the Palestinian cause?

Working in this narrow margin is the real challenge. The next NPA representative should have the cooperation of Israel and Sharon himself. Sharon holds both Ahmed Qureia and Mahmud Abbas in high esteem, and he has put his trust in this new opportunity. I believe we should widen the level of participation in government to other groups, and aim for agreements with Sharon to start a new stage of the process – the standardisation of life for all people.

Should EU diplomacy focus on ending the disputes between the Arab countries?

Yes, this is a serious concern for the EU. And not just regarding the Palestinian cause, but also the achievement of peace in the region. In order to break this taboo, there needs to be a unanimous recognition of the State of Israel by Arabs. In addition, it is important to create aid for Palestine without cracks or double agendas, to reinforce the NPA and avoid the financing of groups that will not be part of the historical commitment with Israel. The ideal moment, that which will show that we are on the right track, will be the next Arab Summit in Algeria in March 2005. We should be courageous, and make an offer of peace that includes qualitative change and the non-acceptance of phobias towards Israel.

Do you believe it is possible to return to the former borders of 1967?

There cannot be a solution to the problem without a Palestinian State based on the borders of 1967. Not unless there are changes agreed by both parties.

Are you hopeful that the conflict can be resolved in the short term?

I think that 2005 will be a good year – the year of reconciliation. Provided the opportunity is not wasted I am optimistic that in 2 or 3 years we could be facing the definitive solution.

Do you believe in the possibility of an Intifada “à la Gandhi”?

It would have been ideal in the more difficult moments. The first Intifada was limited to the ground. The second, unfortunately, has been about arms, and has torn the country apart. It has failed, and it has slowed the resolution of the problem. Perhaps it has become clear that now is the time to change strategy. I believe that the right to resist should exist, but only for political and diplomatic issues.