Montenegro is the only country of the Western Balkans where civil war has never taken place. Instead, it once acted as an aggressor, attacking foreign cities, sending troops into neighbouring territories, and committing war crimes. Within its borders, it has remained free of bloodshed. However, unlike their Balkan neighbours, its youth hasn’t experienced a change in government for 25 years.

It's an unusually quiet Sunday morning in Podgorica. The half-empty streets don’t indicate the current political situation that has taken hold of the nation – tomorrow, a vote of confidence will be held in parliament.

Ilija Gajević, a student of language and literature, is convinced that the Montenegrin Prime Minister Milo Ðukanović will remain in power, just as he has remained in power for the last 25 years.

I meet Ilija in a park, in front of a statue of Petar II Petrović-Njegoš – the famous Montenegrin poet and ruler from the Petrovič dynasty. He tells me, in a voice tinged with disappointment, "I wonder what Njegoš would think of us if he saw us now. Maybe it's better we don't know what he'd think."

Ilija hadn’t yet been born when Ðukanović began to pave the way for his political career. As a young member of Tito's party, Ðukanović rose to the top of the League of Communists of Montenegro thanks to the anti-bureaucratic revolution of the late 80s. At the time, mass protests of citizens dissatisfied with the economic situation began flirting with the idea of nationalism, which began to develop throughout the country, and forced the old party leadership into resignation. Their vacant seats were filled by Milo Ðukanović and his closest friends and allies. 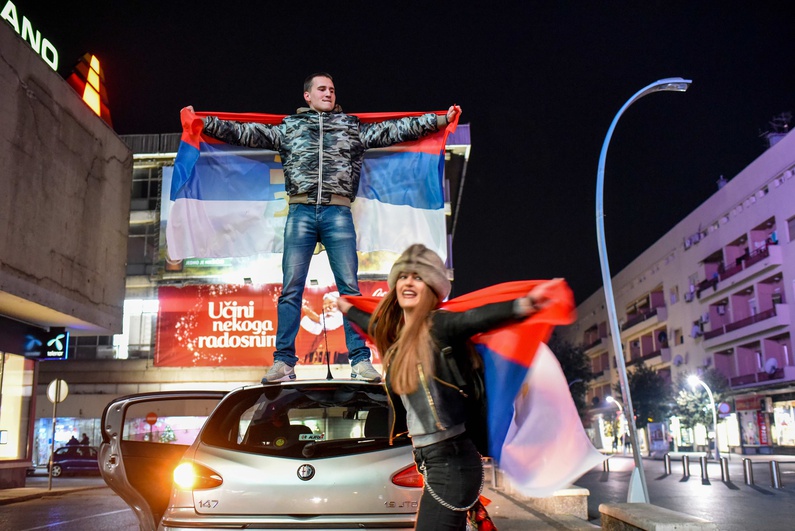 After the collapse of communism, the first parliamentary elections were held in Montenegro in December 1990. Not surprisingly, the League of Communists won with an overwhelming majority, and soon changed its name to the Democratic Party of Socialists (DPS). Over the last 25 years, the Democratic Party has ruled Montenegro. Milo Ðukanović was first elected Prime Minister on the 15th of February 1991 – his 29th birthday – making him the youngest Prime Minister in Europe.

Ilija was born a year and a half later. Over the course of his life, he hasn't seen a different political situation, despite having lived in a parliamentary democracy and having voted three times in past elections. "I’ve never once thought it possible to see a change of government," says Ilija. 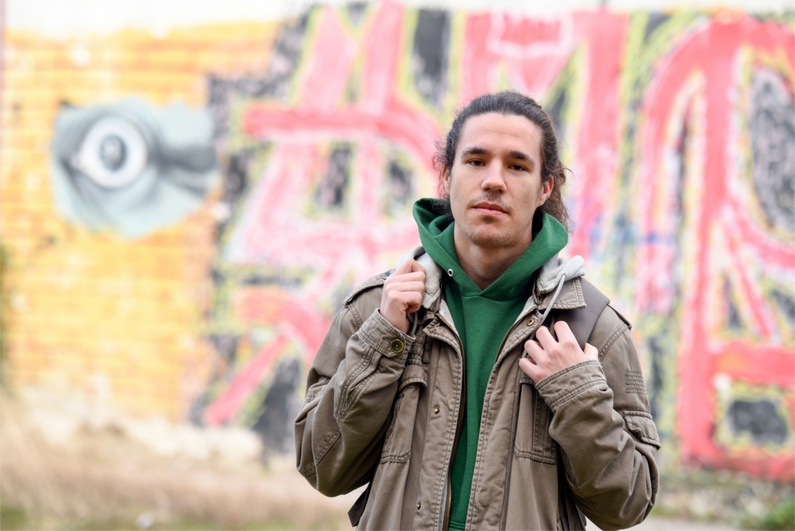 Ðukanović has assumed the role of Prime Minister seven times, and has served one term as President of Montenegro. Although he briefly stepped down twice to take care of private business affairs, he later returned to strengthen the DPS’s base.

According to The Independent, Ðukanović is the 20th richest politician in the world. His immediate family is likewise very wealthy. The Prime Minister's brother, Aco Ðukanović, is owner of Prva Banka (the First Bank) – the only financial institution that the state aided considerably, to the tune of 44 million euros, during the economic crisis of 2008.

The Prime Minister’s sister, the successful attorney Ana Kolarević, was involved in the Montenegrin Telekom scandal. In 2005 the national telecommunications company was privatised under questionable circumstances. According to the findings of U.S. investigators, the Hungarian Telekom subsidiary bribed several Montenegrin officials with $7.35 million US in order to purchase the Montenegrin Telekom subsidiary. Allegedly, among those bribed officials was an attorney – the sister of the "highest government official".

Montenegro has a population of around 620,000, among which 40,000 are unemployed. According to the Employment Agency of Montenegro, a third of people under the age of 30 are out of work.

28-year-old Aleksa Bečić, Chairman of The Democrats, the opposition party in Montenegro, points out that unemployment is a contentious issue in the country. According to him, the primary reason for its prevalence is the nepotism of politicians and widespread corruption within public institutions. 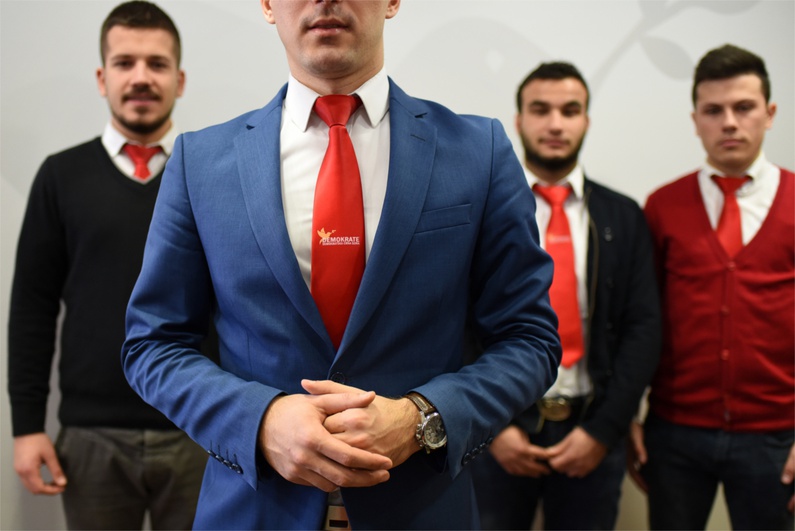 "Our basic value system, the very backbone and foundation of society, has been broken. Quality, expertise, and education play a marginal role in young people’s success. In reality, getting a party membership card is what will grant them access and opportunity," says Aleksa.

But DPS's quarter-century long rule has been pockmarked by allegations of electoral fraud, according to both local and international news sources. In 2013, a scandal leaked out that showed that the DPS used state resources and public money to buy votes in the 2012 parliamentary elections.

"Remember [former Employment Agency director] Zoran Jelić’s famous claim... when he said during a party meeting that each member is worth 4 votes?" asks Aleksa. The State Prosecutor's Office later responded that, "none of the participants committed any offence prescribed by the law," so a case was never filed. Jelić's wife, Vukica, later assumed the role of head of the same Employment Agency. Currently, Jelić is a DPS Member of Parliament.

The DPS Youth Council is made up of around 15,000 members – more than the voter base of some of the other parliamentary parties – making it the largest youth organisation in Montenegro. Its hierarchical structure is the same as that of the early DPS, with 23 municipal boards and hundreds of local communities in which everyone has a role to play.

Nikola Pešić, a 27-year-old graduate of managerial economics, is head of the DPS Youth Council. He wishes to have a successful political career, but knows he won’t be able to fill the shoes of his political idol: "There can only ever be one Milo Ðukanović. No one like him will ever again be born," says Nikola. 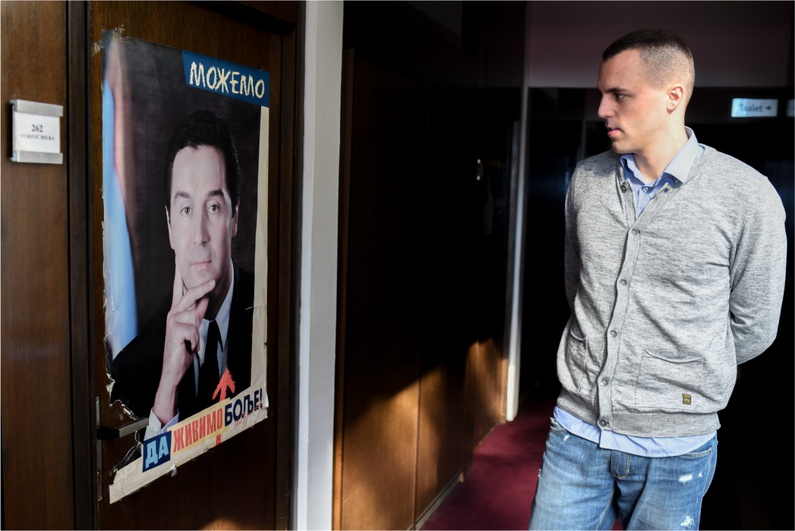 When asked whether he would prefer to be part of a legislative or an executive body in the future, Pešić says he sees himself becoming a minister, but that, "I'm prepared to work wherever my party needs me and wherever my party believes I can contribute the most."

Unlike Ilija, Nikola doesn’t see anything controversial about the fact that Montenegro has been ruled by the same government for quarter of a century. However, he admits that compared with other European democracies, what’s been seen in Montenegro is out of the ordinary.

"I am proud and honoured to be a part of an organisation that has endured through turbulent times and managed to stay in power for so long," says Nikola with a smile.

"You've had your fun, now pick up your things and leave!"

The opponents of DPS sporadically organised protests, mostly motivated by national issues. Divisions between Montenegrins and Serbs have always been a hot topic, especially since the 2006 referendum, in which Montenegro voted for its independence from Serbia. But the DPS still uses these national divisions to overshadow real social issues. 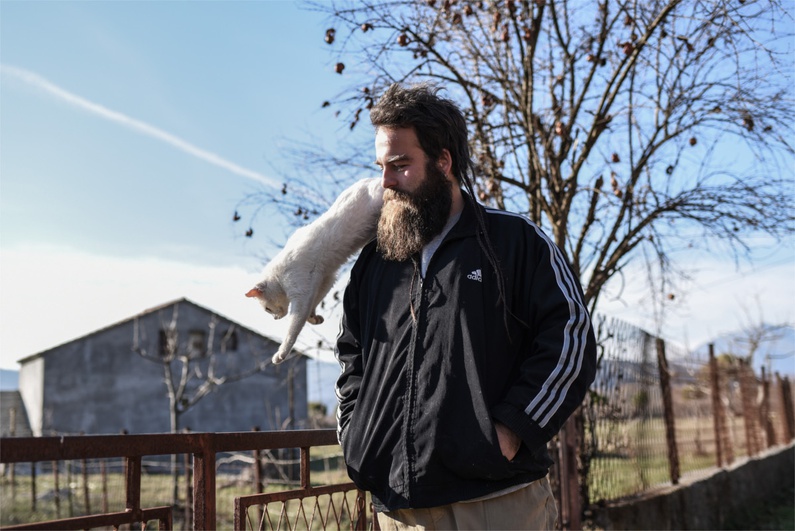 "Issues like domestic violence and violence against the LGBT community, for example, or salary rates and employee pension benefits, are considered less important," says Aleksandar Novović, who had a very different picture in mind five years ago, when he started to organise student protests.

Over the last 25 years, youth protests have only once reached the national level – in 2011, when students demanded better educational conditions and opportunities. Several thousand demonstrators stepped out onto the streets, offering the hope of what may have become something similar to the Arab Spring. Aleksandar was at the front lines of the protests, together with his colleagues from the Faculty of Political Sciences.

"The way it stood, students should have come out of their small worlds and demanded more than just student benefits like cheaper food in canteens and free education. Students should have acted as citizens and shouldn’t have allowed themselves to be blind to other issues," says Aleksandar. 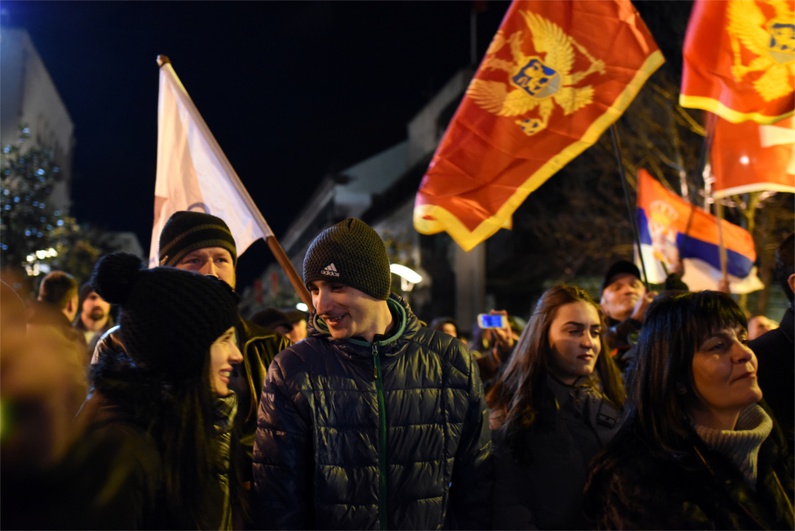 Their aspirations, however, were never fulfilled. Later it was revealed that the official student representatives held DPS membership cards. It wasn’t long after that that the idea of rebellion fell completely flat.

"We were essentially able to protest because the system allowed us to do so. But after a while they said, 'you’ve had your fun, now pick up your things and leave!'," says Aleksandar.

"New kids on the block"

Aleksandar now lives in the suburbs of Podgorica with his father and girlfriend in a place called Mareza. He keeps goats – and plans on getting chickens soon – grows vegetables, and eats primarily things he has produced on his farm.

"Regardless of how imaginative and creative we want to be, we can’t escape the framework the system has put in place," he laments. "The system tells us what we can and cannot do."

He decided to defy the system by creating a life of his own in the country – a silent but persistent form of resistance to the system. He started an urban garden project and invited people to plant and grow vegetables on his farm, a social initiative that’s free to the public. 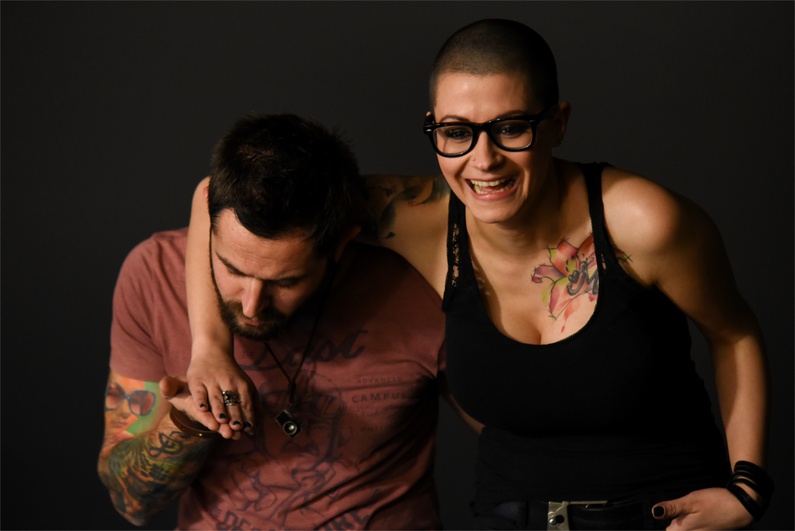 "The problem with today's youth is their lack of willingness to take risks and be impulsive. People who want to be artists or travel the world can't do so because, first and foremost, they have to be able to eat. So they give up their dreams and ambitions, find menial jobs and make a series of compromises," says Aleksandar.

His former classmate, Ana Bogavac says she isn't willing to compromise. She's a journalist who recently earned a Master's Degree in Politics and Communications at the London School of Economics and Political Science. She doesn’t have a permanent job at the moment, because she doesn’t want to work under the current standards of journalism in Montenegro.

"What a large portion of the media publishes these days is not journalism, and I'm not willing to work and receive a salary while being what they consider a 'journalist'," says Ana resolutely.

She believes the key to solving the problems in Montenegro is the education of new generations, which might make it easier for people to explore and make use of natural Montenegrin resources (such as fertile land, a beautiful coast and bauxite reserves). She proudly quotes her good friend Vuk Uskoković:

"Over the past 25 years, the government has proven its inability to utilize these resources. The fact that a Mediterranean country that’s rich in natural resources is in such bad economic shape is the result of not only political greed and insolence, but also extensive ignorance and incompetence." 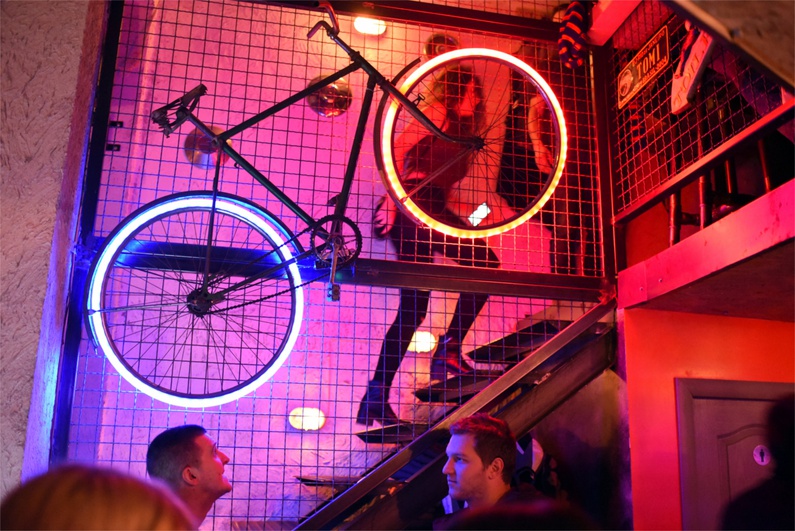 Meanwhile, Milo Ðukanović’s government has managed to win the vote of confidence in parliament. Despite the smaller coalition member SDP having revoked its allegiance to the DPS, Ðukanović prevailed thanks to votes from Pozitivna Crna Gora [Positive Montenegro, or “Pozitivna” for short, ed.], an oppositional party – one that has since disappeared from the political stage, but still hold parliamentary seats. Once again, political corruption has triumphed.

"It’s become so obvious how they abuse the system, and the more we are aware of this, the greater the opportunities become to change things," says Ilija. "It is time to build a real citizenship in Montenegro."

The first opportunity for such change comes this October, when parliamentary elections are to be held. After being accused numerous times of electoral fraud, Prime Minister Đukanović offered the opposition four ministry positions as well as the vice presidency, in order to undermine the upcoming electoral process.

It is the first time in Montenegro’s political history that the opposition has had a chance to take on a role in Government. Maybe, come October, Ilija will see a change after all.