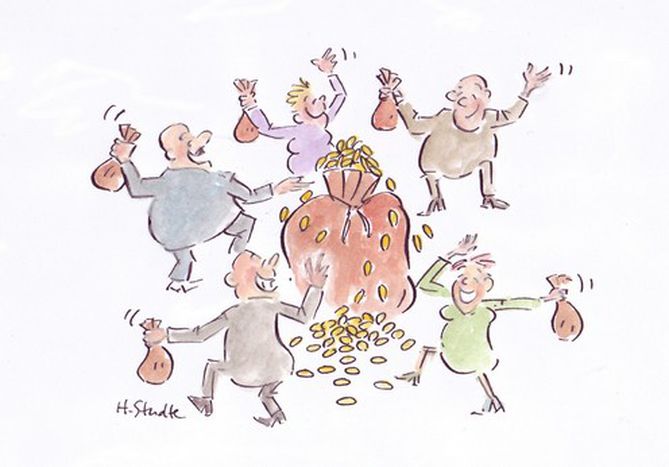 6th century BC, Asia Minor. A resourceful Greek merchandiser jolts awake in the morning with a hair-raising idea. Forget nuggets and cattle; how about making his life easier with a new device for trading? He merges the words deem ( - nomizo) and law ( - nomos) to create (nomisma), or 'currency' as we know it today.

A few experiments with bits of metal later, and the first rugged-edged coin is created in Lydia, modern day Turkey. 400 years later, currency spreads across the continent to the Romans. There, 'nomisma' became 'moneta' because of one woman: Juno, the Roman equivalent of Zeus' wife, the goddess Hera.

In Italian, the verb 'monere' means to 'warn', and it was Juno who became known as 'Moneta' ('the warner'). In 396 BC, she allegedly raised the alarm after the Gauls attacked Rome during the night. Citizens assumed she had organised for Capitolium's holy geese to rouse the city's leader Consul Manlius from his slumber and beat the invadors.

Later, in 269 BC, the first mint (coin factory) was founded close to Juno Moneta's temple site, high up on Capitoline Hill (from which the English word 'capital' derives). In celebration, her image was put on the coins face, and since then Moneta has been associated with money. In a thousand years, the English derivation 'money' has become known in every civilised part of the planet.

Today's Latin languages keep the memory of the Roman denarius, another word for 'moneta', alive with denaro (Italian), dinero (Spanish) and dines (Catalan). The Germans borrowed the word Geld from the Old English. It sounds like 'gold' in modern English, but is unconnected to the precious metal. The French and Greek however refer to their money as a lesser-sounding treasure, with argent or argyros (silver). For those living in the Eastern part of Europe, only some small change was left over. The Czech peníze, Polish pienidz and Hungarian pénz presumably refer to the English coppers, or pence.