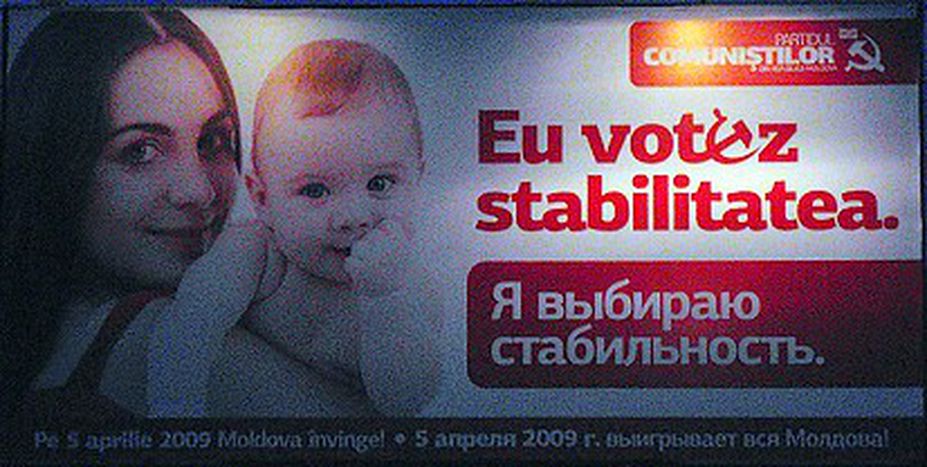 On Tuesday, two days after the Republic of Moldova’s parliamentary elections, which saw the communist party take just over 50 per cent of the vote, violent disturbances broke out in the capital, Chisinau. Around 20,000 demonstrators, mostly young men, stormed the parliament and set fire to the residency of communist president Vladimir Voronin.

Representatives of the unelected parties - the leader of the Moldovan liberal democrats, Vladimir Filat, and the chairman of the our Moldova alliance, Serafim Urekjan – had given notice on Monday of mass protests, believing the elections were rigged. However, observers from the OSCE (organisation for security and cooperation in Europe) had already declared that day that the elections took place peacefully, in a pluralistic atmosphere and, on the whole, in accordance with international standards. EU observers added their approval of the result. The opposition took a different view and are demanding a recount.

Thirty people were injured in the disturbances, including both police officers and demonstrators. Rumours that one person had died were denied by the head of first aid in Chisinau, Juri Vasiliuk. Such reports were attempts by some parties to 'stir up feelings', the doctor explained. The trouble in the Moldovan capital, home to over half a million people, calls to mind the so-called Tulip Revolution of spring 2005 in the poverty-stricken republic of Kyrgyzstan, where protests against rigged elections descended into bloody violence and young men looted the centre of the capital.

Footage on Russian television shows the inferiority of the police in Chisinau to the demonstrators, both tactically and numerically. Protesters were able, completely unhindered, to bombard the parliament building with paving slabs. They burned the red flags of the ruling communist party, hurled furniture from the parliament building onto the streets and set tables and chairs alight. Eyewitnesses told the anti-Kremlin radio station Echo Moskvy that the Romanian flag was raised at the entrance to the presidential residency and the EU flag on its roof. Some sections of the population have been in favour of unifying Moldova with Romania ever since the collapse of the Soviet Union.

Previous to the elections, the communists had increased wages and pensions. Nonetheless, Moldova’s social situation is extremely fraught. The average monthly income is 124 euros and hundreds of thousands of the tiny republic’s citizens have to resort to guest work in Russia or Italy in order to feed their families. President Voronin, however, constantly holds his country up as an ‘isle of stability’. Massive intervention by the national bank enabled the Moldovan currency, the leu, to remain stable despite the financial crisis. The communists are calling for integration into the EU, albeit with one eye firmly on maintaining good relations with Russia, an important export destination for the country’s agricultural produce.

Parliament is due to elect the new president on 5 May. Voronin, with two terms in office already under his belt, is prevented from standing again, although by his own admission he has already marked out a successor, whose name he refuses to disclose for the time being. The 68-year-old intends keeping a firm grip on proceedings even after stepping down, and may yet switch to the role of prime minister or speaker of the house of parliament.

The author of this article, Ulrich Heyden, is a member of the Berlin-based correspondents network n-ost