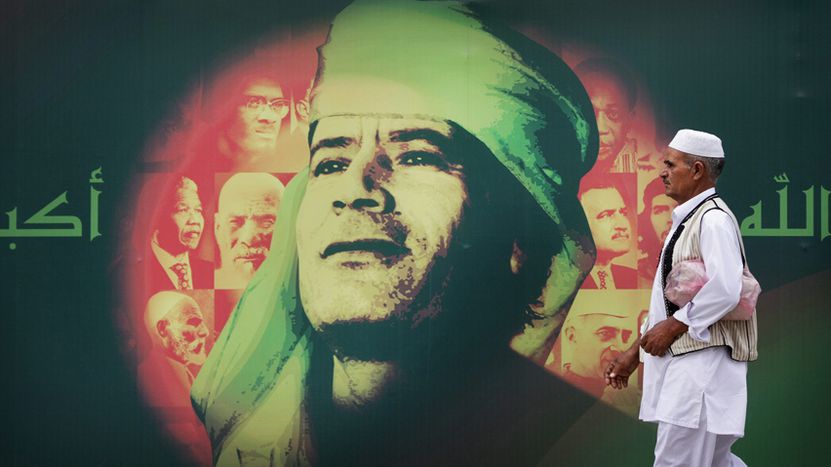 African mercenaries, commissions on civil assassinations and the alleged support of Italy in the repression are some of the horrors of today’s ‘Libyan genocide’. The president of Libya House (Casa Libia) in Spain left his country 38 years ago, devoting himself to socio-cultural issues, until the revolution kicked off on 17 February. Hundreds have died; interview

cafebabel.com: How are the protests going on a daily basis? Internet and other modes of communication aside, are you in touch with friends and family in Libya?

Mohamed Elhamdi: Contact is sporadic, but sometimes it’s difficult because telephone lines and mobiles are cut off. I known people in the east of the country, the second city of Benghazi, where civilians go out unarmed onto the streets and face every kind of weapon: everyone on the street is shot at. The dictatorship is resorting to African mercenaries who get 30, 000 US dollars in one sweep and 1, 500 euros extra for every person that they kill. Others are promised Libyan citizenship. They also recruit immigrants and poorer people who are executed if they try tos ay no. Gadafi is using batallions financed with money from the European unión and the United States which were initially created to fight Al Qaeda in North Africa. Before giving a firm answer the international community wants to evactuate its Libyan citizens so that they are not used as hostages.

cafebabel.com: Violence and repression are also overcoming dictatorships in Tunisia and Egypt. Do you find it surprising?

Mohamed Elhamdi: Yes and no. On the one hand it’s incredible that at these heights of history a father and son (Muammar El Gadafi and heir apparent Saif El Islam El Gadaf) are threatening a bloodbath for those who are courageously asking for democracy. But it’s not a surprise because there is no division of powers in Libya. Gaddafi controls all the attributions and has always been clear about what he would do were his power challenged. His most famous quote was ‘I created Libya. I will destroy Libya.’ Libyan pilots landing in Malta can testify that they were ordered to bombard the civil population, which will mean Gaddafi will end up at the international criminal tribunal at the Hague.

cafebabel.com: The European union has limited itself to verbal condemnations. Many of its member states, starting off with Italy, still maintain good relations with Gaddafi. What do you think about the response from Europe so far?

Mohamed Elhamdi: Our association spoke up against this reaction. Europe justifies its relationship with Gaddafi through petrol, gas and the economy. Even then positions differ. Spain at least has declared its support for democracy, but Italy’s helping the dictator. Italian pilots have bombarded the Libyan population; they were probably not from the state, but the probably the Italian mafia or someone else.

cafebabel.com: How did you come by this information?

Mohamed Elhamdi: I caught it on the internet, where some sites from Libya were able to upload videos and testimonies via telephone from people on the ground, such as the blog www.libyafeb17.com. The information is still to be corrobated in any case. Silvio Berlusconi and Muammar El Gaddafi exchange Libyan gas for support from Europe. They say an Italian plane landed in Tripoli, full of arms and military advisors, but that also needs confirming.

cafebabel.com: How will it end up for Gaddafi, in your opinion? Could he flee to Venezuela for example, as was rumoured by the British foreign minister William Hague?

Mohamed Elhamdi: No, he has nowhere he can escape to. He is a megalomaniac. He’ll fight until the end, until an assassination takes place. Whilst the free world holds back in making an intervention, the barbarities will continue going on in Libya. Let’s hope that the international community adopts a firm position to put a brake on the massacre.