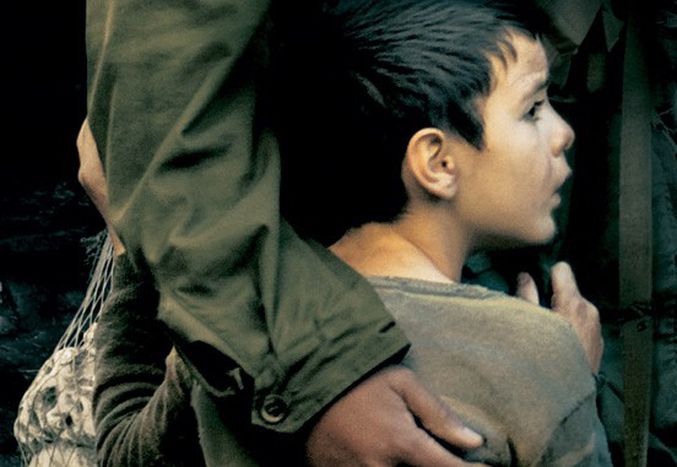 The American director recounts a sombre moment in Italian history in August 1944, through the eyes of the first all-black American infantry division, the ‘Buffalo Soldiers’. Plus an interview with the film’s Italian screenwriter, Francesco Bruni

Tuscany, 14 August 1944. Just a few days before the Liberation, in the small town of Santa Anna di Stazzema, German soldiers massacred between 457 and 560 civilians. It is the subject of Spike Lee's latest film, and since its release in Italy on 3 October, the debates have been heated. The current furore is similar to the media impact of the French film Indigènes, directed by Rachid Bouchareb, that was released in 2006 in France. This is because Miracle at Santa Anna portrays the history of the 92nd Division of ‘Buffalo Soldiers’, the African-American division that served on the Italian front during the second world war.

Those for, those against 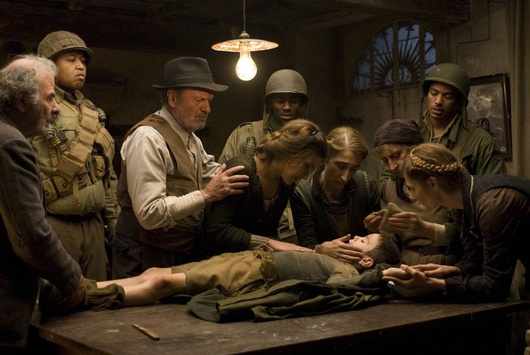 In Lee's film, inspired by the novel of the same name by James McBride (BUR Biblioteca Univ Rizzoli, 2008), the massacre took place after the betrayal of a ‘partisan’ to the German invaders. But according to the judgement of the Spezia Military Tribunal in 2005, the Nazi troops acted ‘without necessity or valid motive, with the objective being a vast cleansing operation planned and taken against the partisans and the civilian population.’ One could thus foresee the reaction of the members of the Italian National Association of Partisans (ANPI). And it did garner a reaction. The partisans spoke out in November 2007, while the film was in production, and again at the end of September in Florence at the advance premiere.

While McBride apologised during the press conference, Lee responded in a less than diplomatic manner: ‘I am not apologising. There was a lot about your history you have yet to come to grips with I have no doubts that the partisans were great but they were not universally loved by the civilian population.’

In 2006, Franco-Algerian director Rachid Bouchareb made Indigènes, a film on the role of the French colonial army. 130, 000 men from Senegal and the Maghreb countries had enlisted to ‘liberate’ France from the Nazis. He wanted to obtain some sort of recognition for the commitment of those soldiers in liberating France from the Nazi yoke. He succeeded: the French state unfroze their pensions, which had been blocked since the early sixties. Bouchareb's film had in fact prodded an open wound in French history, especially at a time when claims from those defined as ‘of immigrant origin’ are more and more prevalent. 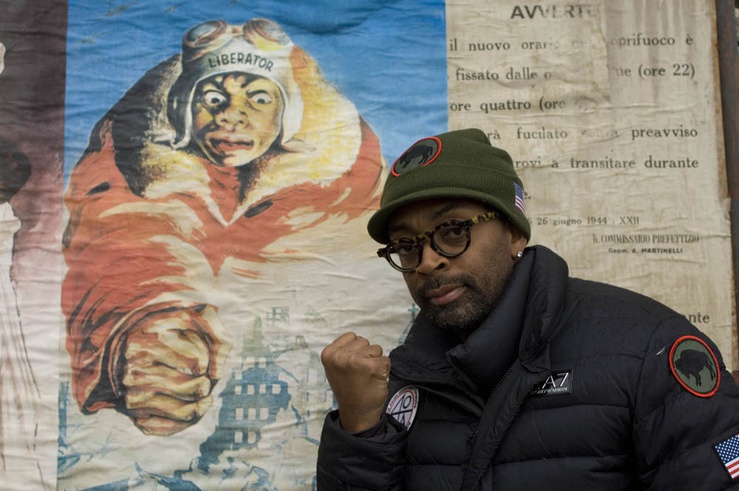 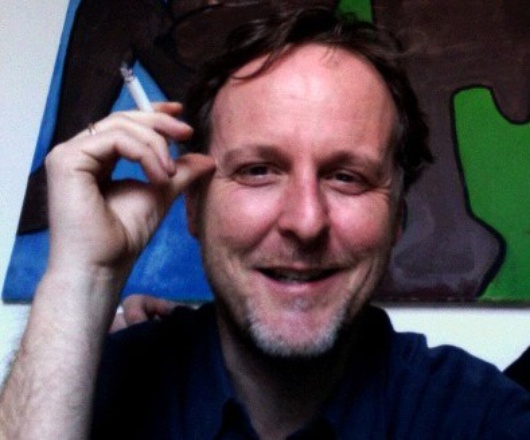 How did the collaboration with Spike Lee come about?

The producer, Roberto Cicutto, asked me to translate and adapt the dialogues between the Italian characters, written in English by McBride. As I read the script, I noticed that there were flaws. I pointed this out to Cicutto who pointed it out to Spike Lee. And so Lee wanted to meet me.

What flaws did you find?

Flaws of not really knowing Italian customs, of having a somewhat folkloric image of Italy of the time. Which explains, particularly, the problems that they had in adapting this story.

Are you referring to the historical error about the ‘partisan traitor’?

That's not an error, it's a romanesque exaggeration, forgiveable in any other context in the world, but that provokes a reaction here at home, where the debate on the partisan fight is still heated. We are in a country where there is a prime minister who has difficulty declaring himself to be antifascist, while at the same time the defence minister asserts that we must commemorate the Salò victims on the same level as the partisans. I believe that it's more our problem than that of McBride or Lee, who were, at most, imprudent. 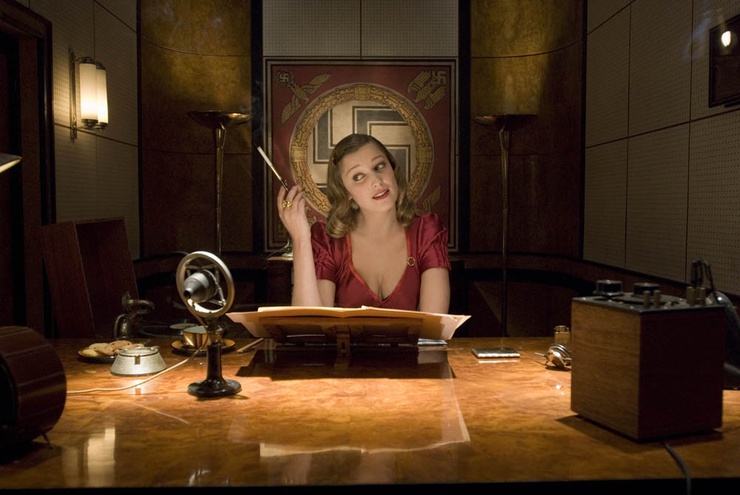 Had you noticed it?

Yes, I didn't point it out to Lee, just to Cicutto. In watching the film, it is clear that the Santa Anna di Stazzema massacre is not the main focus. It really would have been much simpler to have given the film the name of an imaginary village and avoid historical reality. I think that they only did it to keep the novel intact: McBride, in the United States, is a successful writer.

How did McBride come to learn of these historical events?

He has friends who live between Liguria and Tuscany, who told him the story. He also had a relative who was part of the Buffalo Soldiers stationed in Italy. He linked the two things in an innocent way: a story about black soldiers in Italy, to which he added Santa Anna di Stazzema because the story had really left a mark on him. He didn't know what he was getting himself into.

In the end the film is only about the Buffalo Soldiers?

The true soul of the film, what Spike Lee is interested in, is precisely that: a chapter in the history of Black Americans that was never told. These men received the worst treatment, they had been promised rewards and a better life, and they were tricked.

What did you think of the way Spike Lee criticised the partisans in his film? 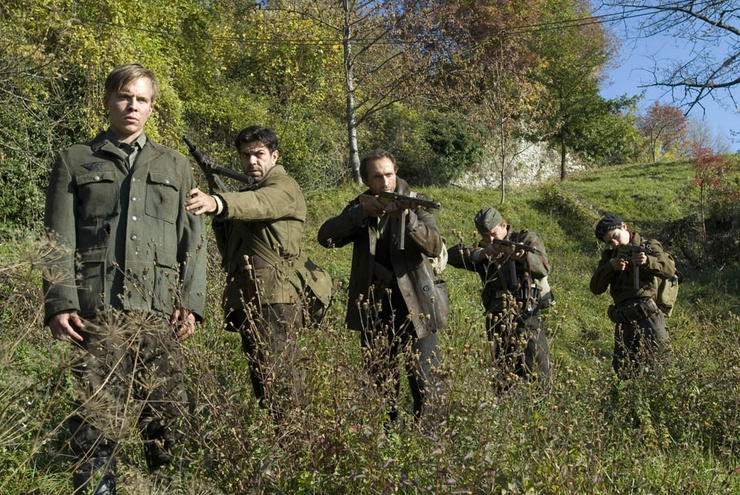 He didn't make any criticisms. In reality, his presentation of partisans is positive, almost to the point of being an idealisation. A partisan feels a personal resentment, so he betrays his side. As a narrator I would like to be in a country where the partisan question is inscribed in the collective memory in a positive enough way to be able to describe the negative aspects as well.

Lee's presentation of partisans is positive

Unfortunately, it's a process that is immediately opened to being exploited by those who want to reread this history from a negative point of view. Americans made so many films on the Vietnam war, a heroic and painful page in their history, that in the end they portrayed soldiers who were behaving badly. As for us, we cannot do this for fear of leaving a flank exposed to critics who want to present them as bandits. For the person writing, it's very bad: there's nothing worse than a static character.