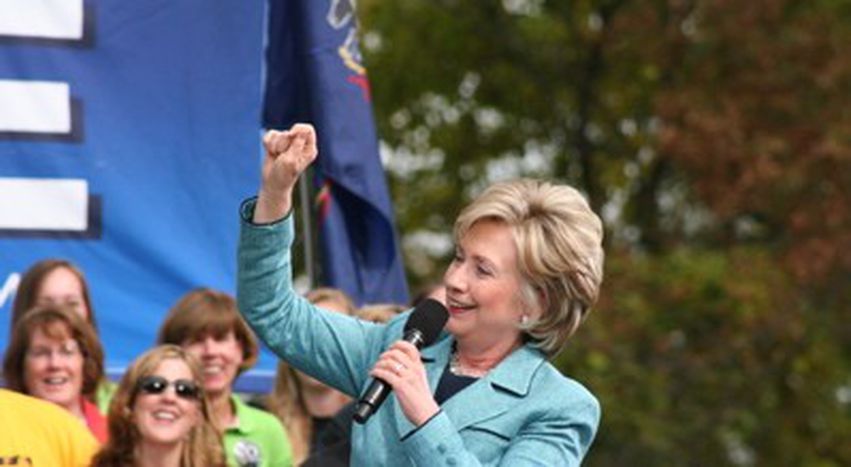 Minute by minute: we stalk Hillary Clinton in Brussels

What relationship will Barack Obama's new America have with Europe? At a debate at the European parliament in Brussels on 5 March, the new secretary of state will chat to 150 young Europeans - including us. Follow it live from 10 to 11am on cafebabel.com - hit the refresh button as you go!

From 10-11am on Friday 5 March 2009 on cafebabel.com, follow Hillary Clinton's speech live - what has she got up her sleeve in response to questions from young European bloggers? Hit the F5 button on your keyboards to update the webpage and read the freshest news.

9:45am - everything is ready for the debate

Hans Gert Pottering, the German president of the European parliament, is to chair. Many young people from EU institutions and civil society are here alongside journalists

Dialogue with Iran, 'Afghanistan's neighbour,' the renewal of NATO ties with Russia... US discourse has changes, but is is all just talk? So far Europe has just been asked to send more troops, to Afghanistan for instance. How will the trans-atlantic partnership evolve concretely? This is the main issue today

President Reagan was the last high-level visitor to the European parliament in Strasbourg from the US, on 8 May 1985. Opponents of his Nicaraguan policies walked out and booed him after he said: 'Today we see similar soviet efforts to profit from and stimulate regional conflicts in Central America'

'In June, we will organise the only transnational elections in the world. We want to work with you madame secretary on a huge practical agenda. There is huge excitement in Europe about you and the new Obama administration'

Clinton takes the floor. 'Europe is seen by many as a miracle. It is an extraordinary international project. Europe is enjoying its longest period of peace since the Roman Empire. It is now up to you, the next generation, to step to the next level. We are here because of the work of the precedent generation. The task of all of us in this administration is to continue this project.

'Europe is seen by many as a miracle'

This is one of the moment in history where we have no choice, we have to come together to address our challenges. I am optimistic about our capacities to address this together - both the EU and the US'

10:52am - What concrete action to stop illegal settlements in the West Bank?

The first question comes from a Scot on the Middle East. Clinton stands up confidently: 'The Obama administration strongly supports the two state solution. I appreciated the contribution of the EU for humanitarian aid.' Clinton wants to include the EU and all its main neighbours, showing her support for a multilateral approach. She says 'it is difficult to deal with Hamas because of their non-rejection of violence and other basic principles. We must protect Israeli security and we have to support Palestinians for their state'

11:05am - on the eve of international terrorism day, a reminder on violence

The insight comes from a Spanish girl. According to Clinton, both the EU and the US have to co-operate on an international level, and send out a clear message that violence won't be tolerated. 'I was senator of New York during the 9/11 attacks.

We know that much - not all - of the attacks come from entertainment in Pakistan and Afghanistan. We will work with these countries. We know terrorist networks are looking for nuclear, chemical, biological weapons.' No mention of weapons of mass destruction...

11:15am - two birds, one stone: climate change and financial crisis

A Belgian young socialist suggets both issues are linked. Clinton agrees. 'In a sense we have to take the opportunity of the financial crisis to include environmental new projects in our stimulus plans. I am actually excited by this opportunity. The chief of staff of Obama, who is a good friend of mine and my husband said: Never waste a crisis! A bit of irony in the crisis, why not'

11:18am - looking forward to meeting Russia

Clinton is conciliatory but tough: 'There are areas where we co-operate, like terrorism, Iran, the Middle East, as Russia is part of the Quartet.

'We will never stop our support to countries like Georgia'

But there are issues on which we strongly disagree: the war in Georgia, but also using energy as an intimidation. We disagree that Russia opposes the NATO bid of countries in its sphere of influence. I am looking forward to meeting Russia tonight. But I want to make sure we never stop our support to countries like Georgia'

11:20am - support for independent Catalonia?

Funny moment. A parliamentary assistant asks Clinton whether she supports the independence of nations like Scotland or Catalonia. The room smiles. Silence. Clinton laughs. 'I dont want to interfere...' 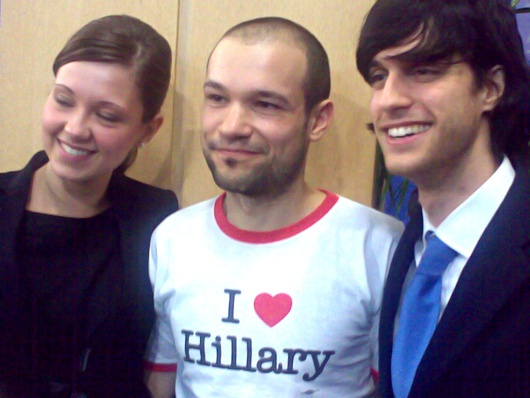 Clinton makes a request to Pottering, who is chairing the debate, to be asked a question by a boy 'because he is wearing an I love Hillary t-shirt.' The question is interesting: how will the Obama administration fight for gay rights in the world? The reply is consensual, a bit vague. Clinton should try a less theoretical approach

General question from an Irish person on democracy and decision making. 'Well, we only have two parties! I never understood multiparty systems,' confesses Clinton.

'It is already too complicated with two! (laughs). The thing is that if democracies don't deliver for people, there will be frustration. We have to review our decision making which is too complex. We have been trying to create a true medical service in my country for a hundred years.'

Hillary would like to keep receiving questions from young people. But Pottering decides to stop the debate, coming out with a strange final remark as he does so: 'And I want to tell our Irish friends: Please approve the Lisbon treaty!' What does it have to do with the topic of the debate? After the event, someone in the lobby comments there may be more of a relationship after rumours on US support to the No campaign in Ireland.