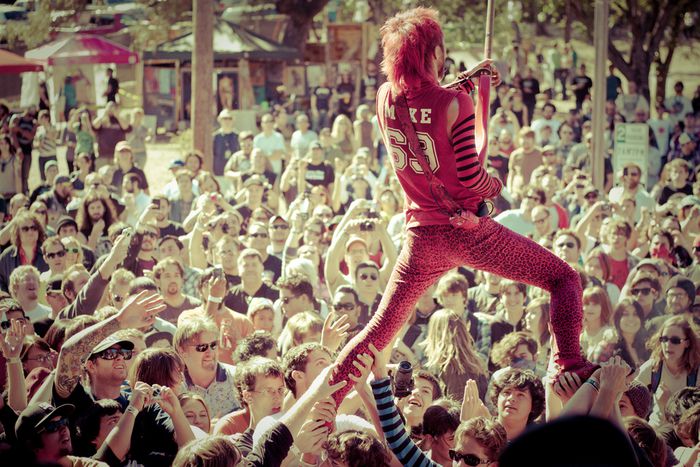 A new impetus has been given to the media and creative sectors due to various crowdfunding platforms. To summarise the model of financing projects over the internet: I have the crowd, you have the funding

The European coffers for promoting creative industries are empty. Newspapers are shutting down, journalists are being dismissed and everywhere you look locations in creative industries are being cut back to nothing. Free events and downloads have become the norm; financing for innovative projects is rejected or the projects appear meaningless in the free market economy because they are not profitable. Yet instead of declaring the great depression, many young and creative people are increasingly turning to so-called crowdfunding platforms to raise the necessary start-up capital. 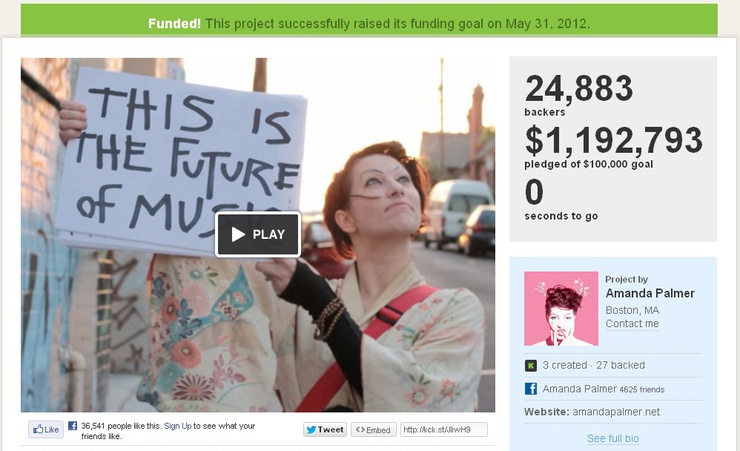 This is because it is society, or the 'crowd', pay when the state can no longer help. This innovation has even seen success. For instance, the television series Stromberg – Germany's version of the British sitcom The Office – used crowdfunding to raise one million euros for a spin-off film; the sum was raised within a week. The market for crowdfunding platforms, which has been constantly growing in the past two years, was able to become a future model for funding culture. But does it actually work in the long term?

There are plenty of synonyms for the phenomenon of crowdfunding, including crowd financing, equity crowdfunding, hyper funding and financing 2.0. The concept behind it is relatively simple. In the beginning there is always the idea, a project plan and confident sponsors from personal contacts who invest a small sum. In short, professional connections initially get the ball rolling because at the end of the day a project doesn't finance itself. Word-of-mouth propaganda and the use of social networks are inevitable for successfully financing a project. In other words, a sum gradually amounts that makes the aforementioned project visible on the platforms.

For example, the small production company Marul Production wants to follow three immigrants on the Turkish-Greek border in its documentary film Stranded from Evros ('Les naufragés de L'Evros'). The French platform kisskissbankbank has estimated costs for this of 1, 200 euros because their documentary project has already been partially financed. All that is needed was travel costs and allowances for a rented car, accommodation and translators or interpreters on location. Their project has already been completely financed; a total of 34 crowdfunders have made Martine's and Ulysse's travels possible. The residual sum raised in the remaining 22 days will be added to the travel funds.

Unlike when giving donations, crowdfunders do not come away empty-handed. Investors are offered inventive rewards depending on the amount of funds that need to be secured. The project managers usually only receive their money once the project's financial target has been achieved through sufficient sponsorship. If this does not happen, all sponsors will get their investment back.

Crowdfunding communities are now ten-a-penny worldwide. However, there is a tremendous communication issue concerning this type of crowdfunding – often at the expense of niche platforms which often have difficulties in transcending local and national boundaries. This means that the crowd gathers on platforms that are at least national and cross-thematic, such as startnext in Germany, verkami in Spain, eppela in Italy, we fund in Great Britain and my major company in France.

However, platforms following the pattern by kickstarter and indiegogo from the USA are increasingly promoting international projects such as the Paris-based multilingual platform ulule, and the Italian platform kapipal, which also advertises international projects in addition to local, regional and national ones. The crowdfunders' involvement is certainly difficult for the users: the project must be conceived, written, communicated, managed and ultimately implemented whilst both the editor and the whole crowd are breathing down the users' neck.

Kickstarter, the crowdfunding giant in the USA, has financed more than 70, 000 projects with a success rate of 40% since market introduction in 2009. It has also been available in Great Britain since October 2012. Alexandre Boucherot, co-founder of the ulule platform, remains calm: 'It is relatively easy to cover a country with one aspect, one language and one system of transactions – as is the case with kickstarter in the USA,' he says. 'It is much more difficult to cover the whole of Europe in a satisfactory manner given the various languages, diverse online payment methods and different cultures regarding sponsorship.'

For David Röthler, a lawyer and advisor for social media and projects financed by the EU, the success of a crowdfunding project also depends 'mainly on the appeal of the purpose and the ability to mobilise the community. The platform and its thematic and regional orientation play nothing more than an inferior role in the process,' he says. Unfortunately, Röthler also thinks that there will be a monopoly in the long-term. 'Look at google, amazon or ebay – they have barely any competitors.'