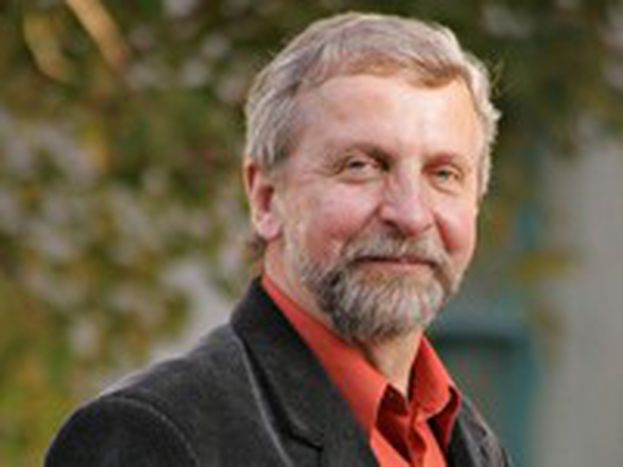 Milinkevich: “I believe in a European Belarus”

Alexander Milinkevich, the leader of the main opposition coalition in the forthcoming elections, explains his ideas for a democratic Belarusian future.

Since Lukashenko came to power, dozens of independent newspapers and hundreds of NGOs have disappeared, and thousands of entrepreneurs have suffered losses. Moreover, speaking the Belarusian language is today considered as a sign of belonging to the riotous opposition.

This is not normal. Freedom of conscience, freedom of movement, freedom of speech, freedom of information, freedom of economic activity; these are the remedies to escape the totalitarian failure which Belarusian people face today.

'Stability' is the message transmitted through newspapers, radio and state-owned TV all day long. However, this stability is a synonym of stagnation. Civil society is deadlocked, paralysed by fear, with no impartial information available. Free elections are impossible when any criticism of the authorities is deemed a criminal act and an attack on the state. Schools and educational establishments were required to teach the state ideology and teachers who did not comply were removed. Others closed down because their existence was at odds with the prevailing homo sovieticus ideology. People of Belarus must be freed from the shackles of fear and be aware of the alternative.

Belarus does not need a revolution, but a fair and transparent election in order to secure the people’s votes. In case of falsifications, people would go out on the streets to peacefully demonstrate their choice. Those in power know that. This is the reason why the KGB initiated amendments to make the Criminal Code stricter. That is why people are now in prisons for political reasons, telephone calls of democracy activists are being registered and they are being followed. That is why we have not had debates on TV since 1994. For the election campaigns, there are only two television and two radio broadcasts, each lasting for half an hour, none of them live, and the Central Election Committee forbids independent newspapers to publish the opposition’s electoral programme.

In the last few months, I have visited 40 cities and towns of Belarus. Meetings with people around the country and results of the ongoing door to door campaign give us reasons to be optimistic. People do want freedom, truth and justice, this means together we will win!

Belarusian relations with neighbouring countries are getting worse, not to mention relations with the EU and the US. They are considered by the regime as monsters who intend to swallow our 'independent country'. This is a shame for a country in the heart of the European continent.

In the forthcoming elections, we have invited international observers to come in force. We have created a large democratic coalition and we wish to coordinate our actions with the European Parliament, the Council of Europe and the Organization for Security and Co-operation in Europe (OSCE). We believe that without serious changes in the mentality of the Belarusian society and in electoral regulations and practices, the presidential election on 19 March cannot be recognized as the wish of the Belarusian people. We have embarked on the hard mission of restoring freedom in Belarus. This is our goal and I am proud to be the candidate for the Congress of Democratic Forces of Belarus, an umbrella organisation united by the values of democracy, yet threatened by the authorities. From our European neighbours, we expect understanding and firmness of principles in assessing the situation. I will not rest until the wish of the majority is in force.

I believe in a European Belarus.