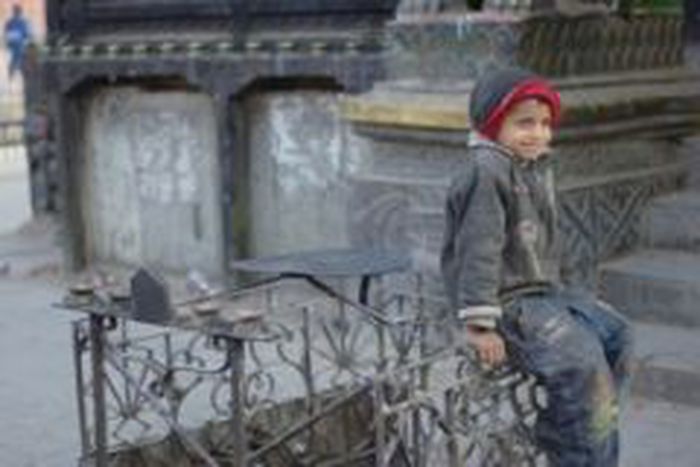 Miha Mohorič and ‘the kids from the street’

By Bibbi Abruzzini Slovenian film-maker Miha Mohorič is one of the 719,547 tourists who visited Nepal last year. He decided to document the daily life of street children in overpopulated Kathmandu. The population of Nepal is 29 million, over 30,000 are street children.

Despite the crisis, the European reality cannot be compared to the struggle for survival that street children in Nepal endure everyday, why and how did you get so close to them?

My first contact with street children has been the same as for most foreigners visiting Kathmandu is; feeling sorry for the kids and forgetting about them in a wink of an eye. Because of visa problems, I was forced to stay in Kathmandu and got extremely close to one gang noticing small details about those street children's lives usually hidden from tourists. ‘KHATTE-The kids from the street’ is a documentary on their battle for survival and the role of some NGOs, which are using street children as a cover to acquire donations for personal usage. By experiencing their everyday life it became clear to me that under the surface of drug addicts and dirty clothes they are still kids, with need for love and child laugh. Everything that these children have is each other and - although they own nothing - they share their last piece of food even with street dogs. Europe is indeed miles away from this lifestyle, but if I will make Europeans aware of this other (not so uncommon) reality, then my mission is accomplished.

Street children are often stereotyped in both the Nepalese and the European society, what emotions arose in you that couldn’t be grasped by the camera?

International NGOs which should work with street children have not been very cooperative and I was not allowed to film their work with the kids. Furthermore I had problems filming shopkeepers selling glue to children who were always trying to hide from the camera. I felt angry to see how these children are treated by other human beings and how people see them as criminals instead of realizing that these kids do not have a choice, and, if they would have one, they wouldn’t live on the street and do drugs. What I couldn’t capture with the camera is the never-ending loop that their lifestyle is; it never stops and it leads to self-destruction.

What is the concept behind HiddenWords productions?

We are a group of enthusiasts who travel from Europe around the globe to document what is in need of bigger attention and media recognition. Our “weapon” is our camera and our vision is to present stories -happy and sad- Real stories, which are not media manipulated. With our projects we want to exceed the limits of the unknown showing those shadowed cultural and social problematic.

When will ‘KHATTE’ be released and what is your target audience?

‘KHATTE-The kids from the street’ will be released in the middle of this year. It will focus on documentary film festivals and later TV broadcasts around Europe. While making the documentary I thought about a wide range of audience as I believe this is a reality that everybody should be confronted to.