Migration : la Dolce Vita, it's over !

Strong anger from Matteo Renzi in Bruxelles this Thursday evening. "If this is your idea of Europe, you can keep it!". Explanations.

On the agenda of this European summit, the Heads of State had to find an agreement with Tsipras' Greece, convince Cameron's Britons to not leave the EU and resolve the migrant crisis. Is that all? ! It is on this last subject of the migrants that the Committee will turn sour.

This Thursday, the hope of finding an agreement on the repatriation of 40,000 refugees currently on Italian and Greek soil was palpable. Martin Schulz, the President of the European Parliament, in the afternoon declared his wish to find a united reponse to this crisis without calling a vote.

All the same lets look back at that number, 40 000, which is 0.008% of the European population. Rather more modest when we know that Lebanon has welcomed more than a million refugees, a quarter of its population. 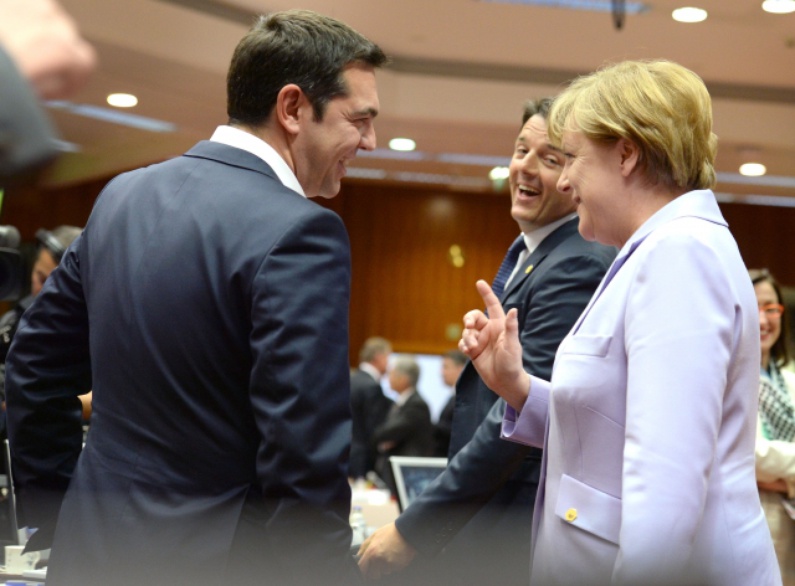 But this evening, the European solidarity has already defaulted. In fact it was close to midnight when the first news was leaked: around the table, two clans went head to head.

On one side Renzi and Juncker, wishing to find a European response to this crisis, have made themselves trailblazers on the issue, with eventually, the will to create a real common migratory policy and to reform the Dublin Settlement. (Between friends : this settlement especially gives states at the borders of the EU full and sole responsibilty to look after their asylum seekers). On the other, the member states (mostly in the east) supported by the President of the European Council, Donald Tusk, who forbid the mention of "obligatory" welcome and who object to the idea of establishing quotas. During this meeting, to which the press was not invited, Tusk is said to have incidently declared : "Those who are not legitimate asylum seekers will not have any guarantee of staying in Europe". But to determine who is "legitimate", is it possible to evaluate people's misery ?

« We will take care of things by ourselves », a furious Renzi alledgedly retorted, who, two weeks ago now, threatened to put into place a plan B if he felt abandoned by his colleagues.

The mood between the two "clans" has risen to the point where Tusk, who, as president led the debat, alledgedly gave the floor to Cameron for ten minutes to appease the tensions …  coming up with the Brexit !

Three o'clock in the morning: the movement in the Press Room indicates that the Heads of State are finally coming out of the negociations. Renzi gives some time to the journalists : "The agreement that we have reached is not yet ambitious enough for our liking. Nevertheless this represents a first step that shows that it is not only a Greek or Italian problem, but really a European problem. The EU, born in the idea of freedom, democracy and shared values, can not be the homeland of selfishness".

This agreement is therefore a mechanism for voluntary repatriation of 60 000 asylum seekers in two years, of which 40 000 Syrian or Eritrean are already in Italy and Greece. Even if the dimension of "voluntary" welcome seems to to take it, Tusk assures that all states, except Hungary (well, well!) and Bulgaria who will benefit from a special status, are ready to fulfill their duty of resettlement.

At the press conference, Juncker (his features drawn with fatigue) declared : "When I see the difficulties that we have in finding an agreement that, let's be honest, is very modest, you can say that Europe is not at the height of its ambitions nor of what it  confirms to the outside world". And he added : ""good sense is not a quality fairly spread amongst all the member States". You've been warned...