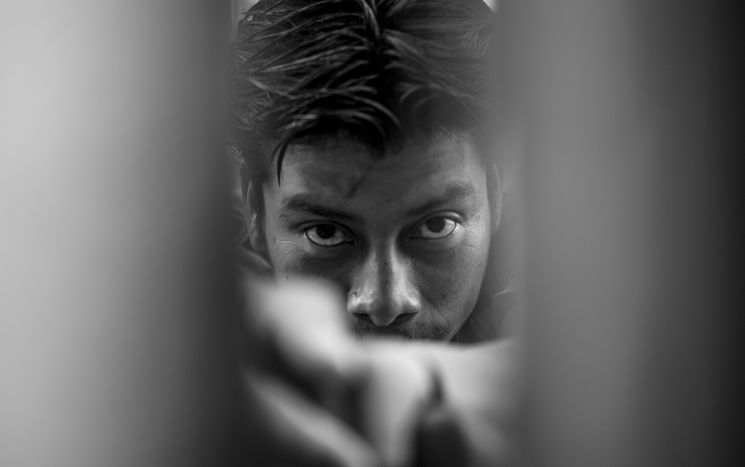 Almost 2,300 immigrants get by in the streets of Calais, on industrial wasteland or in squats, in the hope of crossing the Channel. Overwhelmed by the situation, the mayor of Calais is begging for help from the UK — but it is turning a deaf ear.

"Let them go to England!", claim the Calais residents about the thousants of migrants wandering in their city. Be they Eritrean, Ethiopian, Sudanese or Syrian, these men and women with different pasts have one thing in common: the hope of a better future on British soil. David Lacour, president of Solid’r, an organisation that manages a centre receiving 50 immigrant women and children on the shores of Calais, confirmed. "They all want to go to England. For them, England is paradise."

El Dorado or not, they all want to go there

"They have family and friends over there," explains Lacour. The networks of well established acquaintances, along with language skills and future prospects, is reflect in this young Syrian, who declares in perfect English, "My brother managed to get here 13 years ago. I was on the phone with him, he has somewhere to live, he's doing well. I'm off to join him." The mayor of Calais, Natacha Bouchart, denounces what she calls a Britain that is too "nice to immigrants", pointing the finger at the £36 allowance provided to asylum seekers each week, which she deems acting like a "magnet".

Video from the Telegraph showing immigrants trying to board a ferry.

So many factors have been going on for years, wrong or right, the myth of the 'British El Dorado.' "We sold them the dream," summarises the president of Solid'r, denouncing the publicity in favour of their country which is beginning to annoy some of their cross-Channel neighbours. "The migrants think they are better off here, but it's not true," explained a lady from Dover, where ferries dock from Calais. "There are no jobs here. Young people have to leave town to find some."

But the ferocious myth and the number of migrants pushing open Calais' gates is only increasing. In barely three months, they grew from 1500 to 2300, according to the prefect of Pas-du-Calais, Denis Robin. An unwavering appeal for the UK, which pushed Natacha Bouchart to demand action from London. On October 28th 2014, she did not hesitate to declare in front of British MPs, "I think the border should be on British territory because it's your responsibility to welcome the number of migrants you want."

The British do not share this view and are counting on France to deal with the situation. They call into question the lack of border control in European countries, symbolised by the Schengen Agreement which was signed in March 1995, permitting free movement regardless of nationality. Border guards in Calais, Gale and Eddy, do not understand why the French authorities do not take the necessary measures to face the influx. "It's not fair to ask us to take responsibility for them," they said. "They should have been stopped before they got here. France signed the Schengen agreement, and now it has to deal with it."

On the other side of the Channel, the conservative MP of the the Dover region, Charlie Elphicke, is very clear on the subject. "France cannot make its problem our problem," he explained. "France has to reconsider the Schengen agreement. We control our border and decide of who goes in and who goes out." David Cameron's government is enacting more measures to reinforce security at points of entry in Britain. He boasts about adding 400 people to patrol the border, tracking dogs who are very well trained at finding people hidden in the axles of trucks, or sniffing out carbon dioxide to detect any human presence. 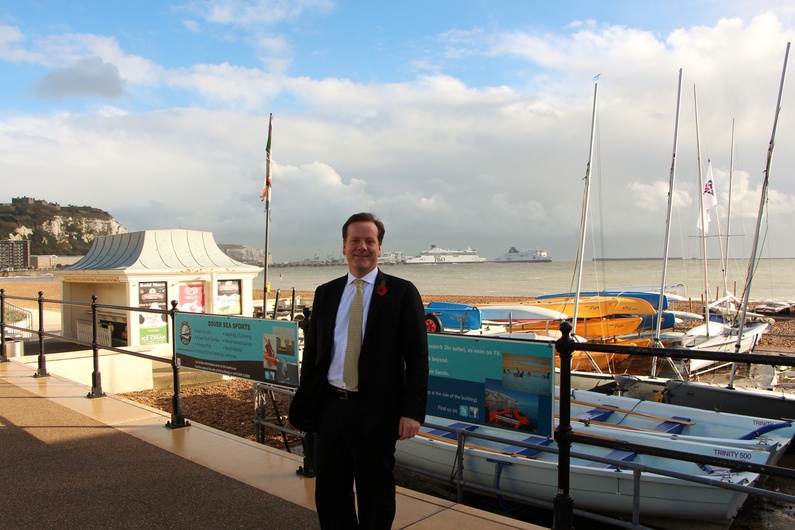 For Charlie Elphicke, the growing number of migrants in Calais is proof that his reinforcements at the border are effective. He doesn't want to hear that most of the migrants who are in Calais risked their lives with only one goal in mind: reach England. "The mayor of Calais is talking nonsense," he said. "The migrants don't all want to come to Britain. If that was the case, then how is it that last year, only 25,000 people claimed asylum in Britain, and 65,000 claimed asylum in France?"

He himself says that he is tinged with some frustration, because he agrees more about these questions with the Socialist government (French left-wing political party and current ruling party — Ed.) than with the UMP (Right-wing opposition — Ed.) mayor in Calais. "We are signing agreements over her head. It seems like she cares more about the Front National than about her city," he remarked, ironically.

"Only UKIP can do something"

And yet, after listening to the MP from Dover, the English Conservatives don't hesitate to borrow themes from the UKIP (An extreme right-wing populist party — Ed.) campaign that made immigration and euroscepticism its battle horses. Charlie Elphicke denounces big "social changes" because of the former Labour government, who let "everyone come in" and wanted to "change the population." "People can tolerate small changes, but as soon as they question those changes, then they are accused of being racist," he continued. For this conservative, by taking a strong stance on questions of immigration, his political party is only responding to the expectations of voters. According to polls, immigration has become the number one concern of Brits, before the economy. 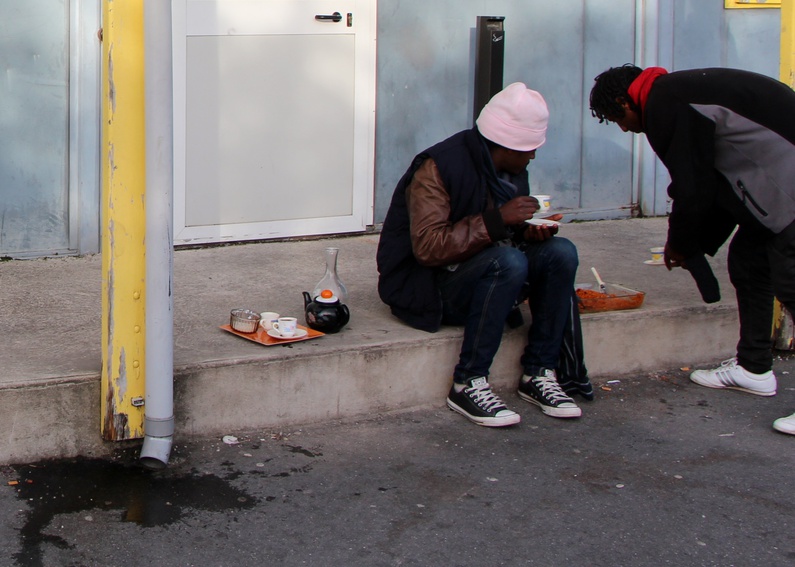 For some people in Dover, it is even a source of worry. "We hear stories about stolen cell phones and even knives, and it is scary," confirmed a citizen, before hesitantly adding, "The city is full of migrants... and not of the best kind I shall say." A climate of anxiety also supported by the mayor of Calais, according to Charlie Elphicke and the Daily Mail. "The deputy mayor of Calais threatened to pay every migrant a ticket to England, which upset the population in Dover," bemoaned the MP.

This uncomprimising discourse and criticism of France wants to relieved, but will it be as audible as the UKIP leader? For the British woman from Dover, whose husband works in Calais, "only Nigel Farage can do something about it." Like 27.5% of British voters, elle has hope elsewhere: "I voted for him at the European elections."