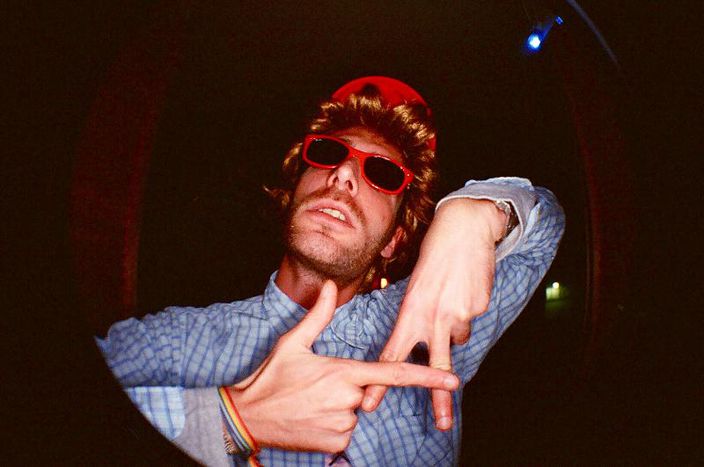 Despite the globalisation of the audiovisual world and the constant information overload, gestures appear to be just as effective as when they were first invented many centuries ago, so much so that using a simple gesture to order two coffees can almost end up sparking a row. A rudimentary guide to hands, chins and backsides to help you avoid problems in Europe

I went into a bar in London and ordered two coffees. It was quite noisy and the bar lady could not hear me, so I showed her two fingers in a V-shape, making the victory sign in reverse, with my knuckles facing her. Two coffees. Her face froze and her eyebrows rose slightly, yet she quickly rediscovered her pleasant side. 'Yes, right away... and please don’t make that gesture again. It’s rude here.'

What? Later it was explained to me. 'Stop doing that or you’ll cause problems for yourself.' Why is that the case? Why the two fingers and why in London?

Across the channel, a Frenchman proudly cleared things up for me. 'The gesture originated during medieval wars. The English archers were very talented and well-renowned, so when the French captured one of them after battle, they cut off their index and middle fingers (their trigger fingers) to prevent them from firing arrows again. That’s why in stadiums, some French sports fans incite the English by giving them the two fingers,' before rounding off his presentation with a mischievous laugh, leaning backwards and holding his stomach with one hand, á la Napoleon.

Another version of the story claims that only the middle finger was chopped off, leaving you to faire un doigt ('make a finger') in French. This finger of course is familiar to all Europeans, if you give the middle finger to a Portuguese, Hungarian or Swede, or a arata degetul to a Romanian, they are going to take it badly, just like in the USA, Latin America and possibly anywhere that was invaded by Europeans.

Other theories have been put forward too. Some people believe that the middle finger salute became an insult thanks to Greek playwright Aristophanes, who was famous for his comedies. It appears that he once held his middle finger next to his penis as an act of provocation. From then on, showing your middle finger was just as insulting as revealing your penis, and things remained that way.

Another interesting gesture is the corte de mangas (literally 'cut the sleeve'), as it is known in Spanish. It involves placing one hand on the inner elbow of the opposite arm, where a rolled-up sleeve may be, which in turn points upwards with the fist clenched. It is done aggressively and loudly, accompanied by an insult. It dates from the Antiquity period, when the Sabines invented the 'corte de mangas' to insult the invading Romans without them realising. The more imaginative Romans believed it to be the Sabine greeting. They later came to understand its meaning and kept it as a form of insult. This gesture is also understood throughout Europe, yet varies from country to country. The Polish, for example, clench both fists, just like this athlete who caused deep offence in the Soviet Union after winning gold in the high jump:

Let us focus on local specialities, however. Leaving to one side the English medieval ordeal, there are the Mediterraneans, amongst whom we have Italians, the masters of body language. A classic insult is to lift your chin and rub it underneath with sharp movements, as if it were wet and we wanted to splash the person in front, making it clear that we could not care in the slightest about what they are telling us. Another is to turn around and shake your backside, a very strong insult that is frequently seen on TV. One more in particular is the threat ti faccio un culo cosi: stretch the index fingers and thumbs of both hands and point upwards, then slightly downwards, leaving space between the two to denote, 'I’m going to make your ass this wide!' One ass-kicking Italian has suggested it might be about spanking your backside so hard that you then indicate to your victim much it would have swollen...Why do they all get the message across? It perhaps has something to do with the immense popularity of commedia dell’arte, based around histrionics and improvisation.

The Spanish obsession for testicles is endless: between manda huevos (bloody hell!), tócate los huevos (take the piss), hay que tener huevos (you have to have balls), cuesta un huevo (it costs a bloody fortune) and qué par de huevos, (he’s got balls), the list goes on and on. Its equivalent gesture is that disgusting and crude that it leaves the provoker worse off than the victim, consisting of lifting your pelvis and holding up your testicles when standing a certain distance away, as if each one weighed a kilogram.

Do you think you could order two coffees somewhere with that?