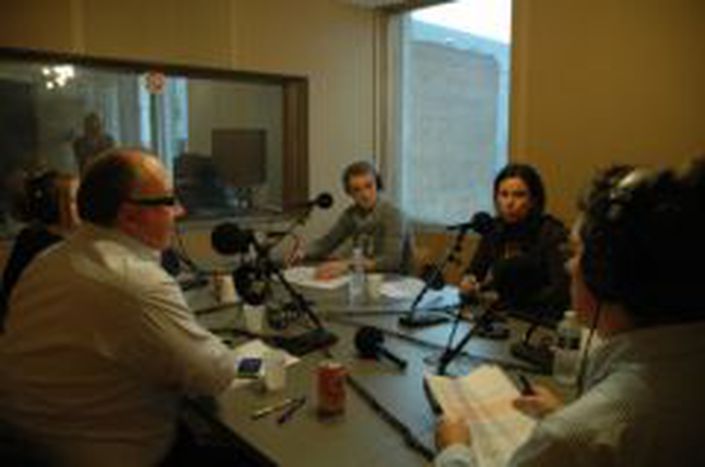 Micro-Europa: European Information by a a network of college radios

by Bertrand Habay, translated by Laura Herman Micro-Europa is an European network of nine university radios from six different countries. The idea was born in 2007 in Nantes and was triggered by an observation during a meeting of journalists, trainers in journalism and associations’ representatives: Europe, as topic of information, does not beguile! Too obscure, too far away.

The Institute of High Studies of Social Comunication of Brussels (IHECS) took the initiative of creating Micro-Europa in the year of 2008. The network is composed of eight partners from across Europe and is financially supported by the programme of the European Commission entitled ”Europe for Citizens” ( L’Europe pour les Citoyens). According to Esther Durin, the coordonator of the project, the network does not benefit of a precise funding: ”The Commission reviews its funding each year, basing its decision on the projects that we submit.” The money received serve for funding the meetings and the different accomplishements of students and professors.

Each month of the year, the members of the network post a story on the network server. Each member starts from a pre-given topic established in advance during a reunion of all members, once or twice a year, and has free rein in the carrying out of his/her story. The angle from which the story is presented can be either local or national. For the creators of the project, this multiplicity of points of view is exactly what conveys richness to the network. All cover stories are translated into English and a report is posted on the server so that all stories can be exploited by everybody.

Benjamin, a student at IHECS, has been actively involved in the network for the last two years. In his opinion, Micro-Europa enables him to make European journalism, but incrypting it in the local realities as well: ”European journalism is nothing but institutional”, he states. He equally cherishes the European dimension of the project itself, that allows him to communicate with students or professors from different countries.

In 2009 the internet site www.micro-europa.eu had emerged. It provides access to different students’ productions but also facilitates the posting of stories and shows by different members. A practical guide for European journalism at the hand of usage by students and professors equally was realized in a collective manner. It is published and distributed in the various languages of the network.

Micro-Europa is not a closed network. In this respect, the University of Milan joined the network at the beginning of this year and a further expansion is planned during 2011.