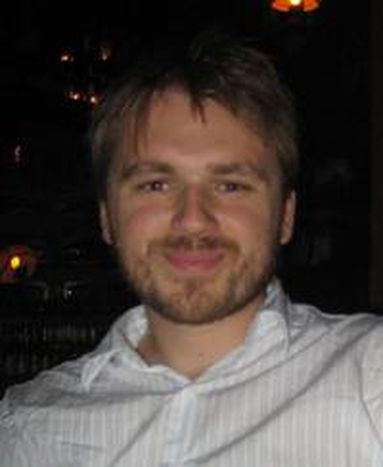 The EU-Ukraine summit is overshadowed by energy issues with Russia and a crisis of the Ukrainian government: a difficult time to reach an agreement

Tomorrow, October 27, in Lahti, Finland, European leaders will meet during the EU-Ukraine summit. Reaching an agreement concerning visas will be first on their list but energy issues will also be discussed. Most importantly, participants will examine how to improve relations between Ukraine, the EU, Nato and the WTO.The Polish expert of international relations and European integration at the Automonous University of Barcelona, explains that Ukraine was distanced from the EU because the Union did not do enough to legitimize the Orange revolution.

What benefits would the entry of Ukraine into the EU bring?

The entry of Ukraine in the EU is not possible before 10 or 15 years. When the necessary reforms are made, there will still be a number of issues to be addressed. The EU in plunged in a constitutional crisis and is not ready to examine the Ukrainian membership bid seriously. This said, the integration of Ukraine would show that the EU is a ‘viable route towards democracy’. Thanks to its proximity to Ukraine, the EU can affirm its credibility as a international power capable of setting rules and regulations.

Last week a new crisis took place in Ukraine. Is this creating greater distance between Ukraine and NATO or the UE?

The government in Ukraine has been in crisis since September 2005, when the first minister, Timoshenko, was first to resign due to president Viktor Yushenko. Since then, the central government does not have a stable majority and the last March elections did not change much though [Yushenko’s rival, Yanukovych, won them]. There is no clear leader who will implement the reforms needed to make Ukraine a potential member of the EU or for that matter of Nato. The division of power between the government and the president does make it difficult to establish a clear foreign policy. Today we witness internal rivalries between political powers to lead foreign policy in Kiev. Poland experienced a similar situation until 1997 when its president could name independently of the government’s will the foreign affairs, defence and home affairs ministers. In Ukraine, this policy of multi-vectors enabled president Kuchma to maintain equal distance between Russia and Western Europe. Today this policy is no longer a desired and planned strategy but a consequence of political rivalries which destroys the political credibility obtained during the Orange revolution.

Does the EU have a clear stance towards Russia concerning Yushenko’s desire to join the EU?

But it so happened that Russia drew the best of their fiasco in Ukraine whereas the EU failed to capitalize on their success. Russia re-examined its external policy based on its energy resources, whereas the EU focused on its constitutional crisis, on the Turkish membership bid, on negotiations concerning a new financial market, etc., in other words, on its internal problems.

The EU –Ukraine summit of October 27 will focus on visas for Ukrainians, on clandestine immigrants sent back from the EU to Ukraine. Is somebody asking Ukraine to reform its police so that it is up to European standards?

No. Leaders will talk about visas for Ukrainian citizens who wish to enter the Schengen zone. Concerning these agreements, the EU wants to include a clause which forces the country to readmit illegal immigrants. But the EU is more afraid of Ukrainians than of immigrants from a third country who would use Ukraine as a stepping stone to the EU. What’s more the EU has a stricter policy towards its own neighbour Ukraine, than towards countries of Latin America. This summit, and future ones, focuses on the new bilateral agreements which will replace the Partnership and Cooperation Agreement to end this year. These negotiations will be extremely important given Ukraine’s aspirations to EU membership. For the EU, this agreement will maintain a calculated distance with Ukraine, asking it to adapt to EU norms without promising anything. That’s why they talk about ‘association agreements’ like the pacts they have with Mexico and Chile.