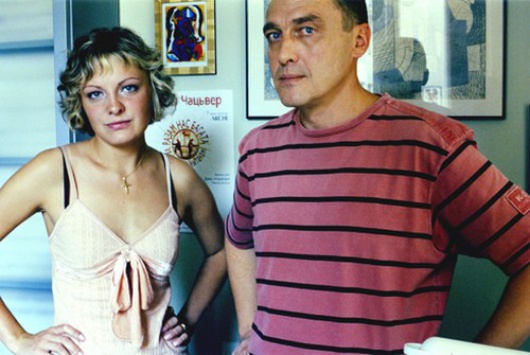 From 1982 to 1991, Globus was part of a literary set which brought together philosophers, writers and other artists working as part of the Soviet counter-culture. In 1991, he considered leaving Belarus and going to France to study art and work more freely, before changing his mind. There are problems between artists and the authorities in every country, in one way or another, and he was not yet being prevented from working in his own country.

However in 1995, a year after Loukachenko had been elected, the first stumbling block appeared that put paid to this good resolution: an anthology of Globus’s poems was banned. His books which had already been published were swiftly removed from sale. Nevertheless, family support meant he was able to set up his own publishing house with his brother. In this way he could publish his own works, even if it remained difficult to market them. The one work which was really ‘hounded’ was an anthology satirising president Loukachenko.

Globus’s close connections with Russian publishing houses, which ranges from the writing of encyclopaedias to the marketing of his novels, allow him freedom from financial worry. If it has become more and more difficult to circulate his books, he by no means paints himself as the victim or blames the government for all his problems. 'The country is very young. It is normal that with the weight of the past there is still a lot of mental resistance. Belarus is being asked to evolve almost by herself.'

As a result, there is no need to oppose the authorities. If this is necessary to continue being published, it can be done in other countries such as Russia or Lithuania. If authors have difficulties in finding a readership in their own countries, it is just as good to have their books translated for other countries.

Look out for Globus’s autobiography, appearing in bookshops in Chechen and French