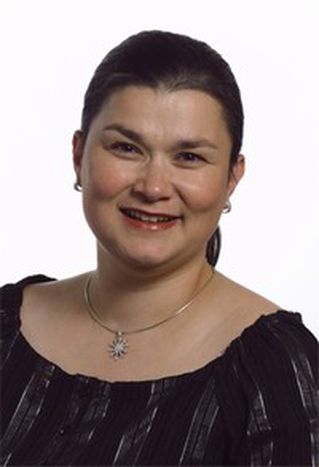 “Membership remains a goal and not a certainty”

Dutch MEP and member of the EU-Turkey Joint Parliamentary Committee, Emine Bozkurt, speaks to café babel about the efforts Turkey has made to join the EU - and how far it has left to go.

For Emine Bozkurt, a dedicated women’s rights campaigner, being a member of both the Committee on Women's Rights and Gender Equality and the EU-Turkey Joint Parliamentary Committee is not a conflict of interests. Indeed, she believes that Turkey is mending its ways as regards its treatment of women and deserves, eventually, to become an EU member.

In order for negotiations to begin, Turkey has had to modernise much of its legislation. How would you evaluate the changes that have been made?

They have been immense. In just a few years, Turkey has changed significantly. The Turkish Constitution, Civil and Penal Codes, Labour Code and Family Law have all been updated and, in my opinion and that of the European Commission, improved. All of these changes have been made in accordance with the acquis communautaire [EU laws and treaties] and show that Turkey is willing to cooperate with the EU. This evolution in legislation has benefited women: they have been made equal partners in marriage; so-called honour killings [the murder of a woman by a family member for ‘shameful’ behaviour] are to be more severely punished; and the government now has a constitutionally enshrined duty to actively pursue the equality of men and women in all fields. Now all this legislation has to be implemented in practice.

If the changes are currently just on paper, have Turkish women really benefited from the EU pre-accession process?

Yes and no. As rapporteur on women’s rights in Turkey for the European Parliament, I have seen that the will of the government is there. For example, Turkish Prime Minister Erdogan has promised to divert extra money to the department which handles gender issues. But sometimes promises fail to substantiate and progress does not become visible in the every day lives of women. Still today, many women cannot find shelter if they face violence at home and, although there are no exact figures, it is clear that the illiteracy rate among women is still high. Awareness about women's issues is much better than it was before, but I must also say in all honesty that I think not all credit goes to the pre-accession process. There is a very strong women’s movement in Turkey, consisting of many different NGOs, which is responsible for many of the positive changes we’ve seen over the last few years. For one, they managed to stop the adoption of a law which would have re-criminalised adultery. Turkish women already started to claim their rights under [founder and first President of the Republic of Turkey] Kemal Atatürk in the 1920s and they have come a long way. Negotiations with the EU over accession will mean new momentum for the women’s movement to make their case.

What can Europe do to make sure that the reform process is a success ?

Ask not only what Europe can do for Turkey, ask also what Turkey can do for Europe! Of course the EU needs to lend a hand in the Turkish reform process, by funding projects and sending experts for instance, but Turkey can also help the EU solve some of its problems. Dealing with the problem of honour crimes, for instance, is something Turkey has more knowledge about than the EU, where the problem occurs as well. Only last year several cases of honour crimes were reported in Germany, Sweden and The Netherlands. Turkish public prosecutors have more experience in dealing with these heinous crimes; experience from which we can learn.

In several member states, the population is quite hostile to the idea of Turkish membership. Can Turkey be allowed to join if Europeans are against it?

France has announced a referendum on the issue, the outcome of which it says it will respect. Since accession has to be approved unanimously by the European governments, it would seem that if a majority of the French people remain hostile to the idea, it will not happen. But we have to bear in mind that the negotiations may take more than a decade, during which public opinion could change. It is our job as Members of the European Parliament to help the public make an informed decision, which is why the European Commission has planned a so-called ‘civil dialogue’ which will help European citizens get in contact with their Turkish counterparts. This will include things such as public debates and websites, which will perhaps abate some of the fears about Turkey’s accession.

What would be your best guess for Turkey's year of entry in the EU?

I am not much of a soothsayer and I forgot my crystal ball today, but Turkey will certainly not become a member of the EU before 2014. This is because the EU´s budget up until then does not take Turkish accession into account. A year is a long time in international politics, let alone a decade. So even though I think Turkey is willing and has, according to the European Commission, met the Copenhagen criteria [the criteria necessary for EU entry], membership remains a goal and not a certainty. Will Turkey in the long run become a member of the EU? Only time will tell. I for one hope it does.